Why Oita Should Be On Your Next Itinerary To Japan

Tucked away on the eastern coast of Kyushu island, Oita Prefecture has many attractions suitable for all types of tourists. While the average visitor may only visit this area for their amazing onsen (hot spring) culture, there is a lot more to this prefecture than one may think. Home to Ritsumeikan Asia Pacific University (APU), one may at first glance be surprised by the amount of foreign students walking around Oita and Beppu city. Approximately 50% of the student body is made up of foreign students from various countries. Due to the large presence of foreigners living in this area, there seems to be a very warm and welcoming vibe from the local residents. Therefore, in this article we want to explain to you why we believe Oita Prefecture should be on your next itinerary when visiting Japan. 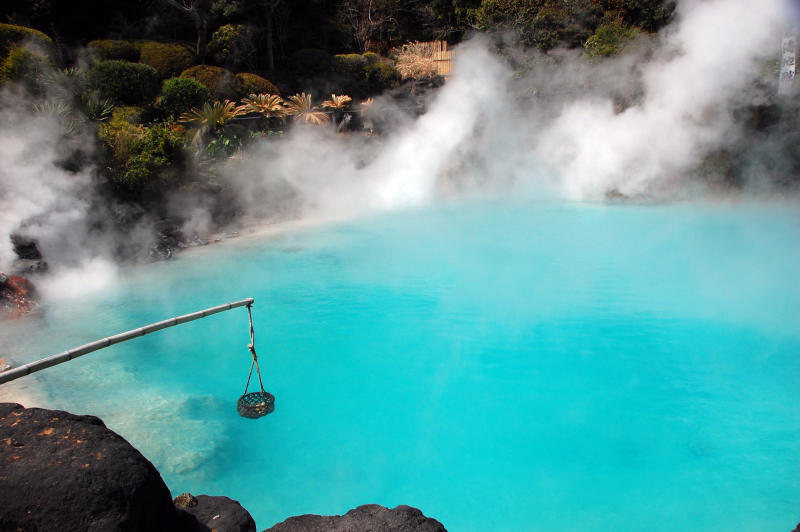 A hot spring in Beppu City

Oita Prefecture is known as the “hot spring prefecture”, home to the most hot spring locations in Japan with over 2,500 locations, including the iconic onsen spots Beppu and Yufuin. Oita is the place to visit if hot springs are your thing. Because of the mere quantity of hot spring locations, this prefecture also has the highest annual yield of hot spring water in the country and only second in the world for the amount of thermal spring water produced behind Yellowstone National Park in America. The prefecture also offers a wide variety of different types of hot springs, including the Beppu Kaihin Suna-yu sand bath hot spring, Beppu Onsen Hoyo Land mud bath hot spring, Kannawa steam bath hot spring and many others. There are also many different locations within the Yufuin City area as well. There are also the 8 Hells of Beppu, 8 hot springs that are for viewing as opposed to bathing-in as they are too hot for any human to enter. The 8 hot spring consist of the Umi Jigoku (Ocean Hell), Shiraike Jigoku (White Pond Hell), Oniishibozu Jigoku (Oniishi Shaven Head Hell), Yama Jigoku (Mountain Hell), Kamado Jigoku (Cooking Pot Hell), Oniyama Jigoku (Demon Mountain Hell), Tatsumaki Jigoku (Tornado Hell) and Chinoike Jigoku (Blood Pond Hell). If hot springs are your thing then Oita Prefecture is definitely the place to venture off to. 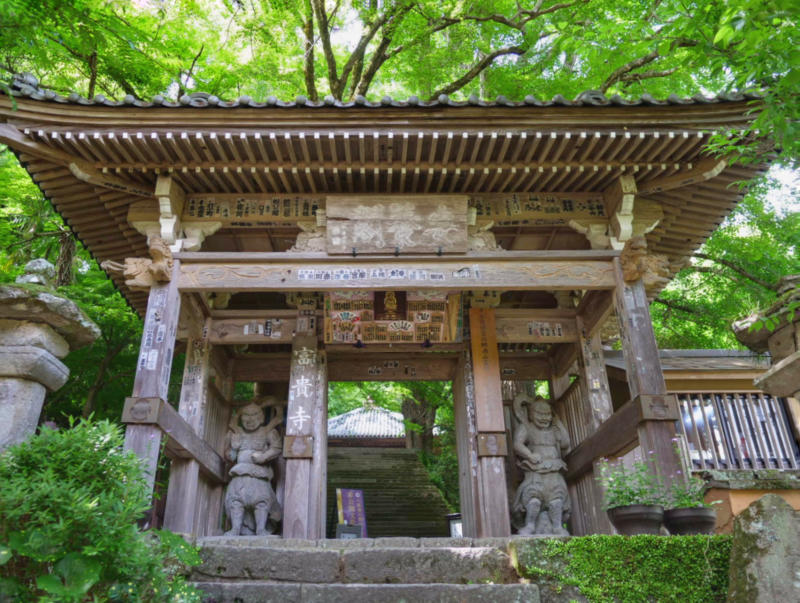 Despite the rich hot spring culture that is most prevalent in Oita, there is also a lot of rich history that can help visitors appreciate this area in greater depth. This area is home to the Usa Jingu Shrine and Fuki-ji Temple, which are both established national treasures of Japan. Built in the 8th century, the Usa Jingu Shrine enshrines Hachiman, the god of archery and war and is the head shrine to thousands of other shrines spread across Japan worshipping the same god. It is also said to have been the first shrine-temple hybrid worshipping both Buddhism and Shintoism. For this reason, the imperial family has protected this shrine very closely and pays homage to it every 10 years. The main hall is also the prototype of the Hachiman-style of architecture that many other shrines across Japan have adopted. We recommend you allocate at least half-a-day in order to fully appreciate the immense beauty that this shrine offers as well as to properly explore the whole area as it is quite large.

There is also the Fuki-ji Temple that is said to be the oldest wooden structure in Kyushu having being built in 718. It is also said to have been entirely built by a single Kaya tree and having one of the three most important amida-do halls in all of Japan, the two others include the Byodo-in in Uji and Chuson-ji Temple in Hiraizumi. Irrelevant of the season, this temple makes for a perfect photo year-round and a definite cultural site to visit if you make your way to Kyushu. 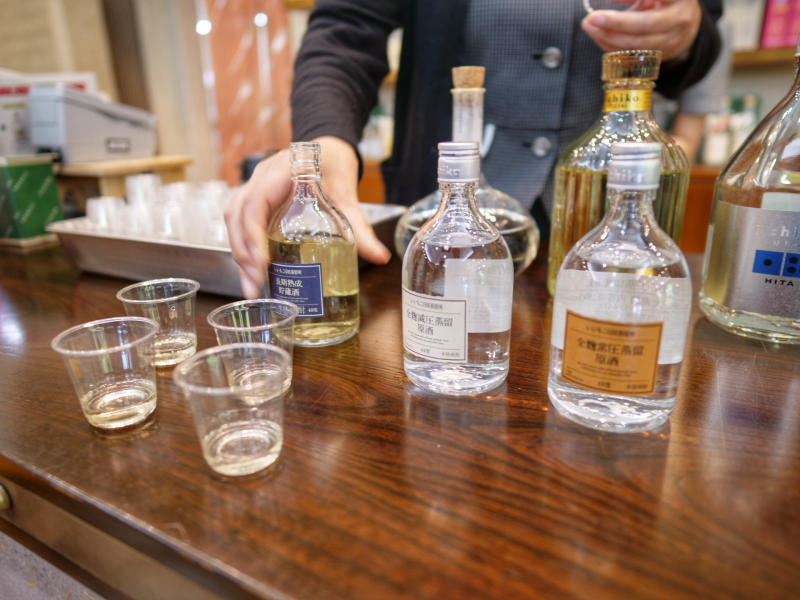 Shipping over 55 million barley shochu bottles yearly, founded in 1958, Sanwa Shurui Co., Ltd is currently #1 in Japan. They specialize in high quality fermented and distilled beverages with their most notable being the iichiko branded barley shochu liquor. It prides itself on the quality of the ingredients and water chosen, creating award-winning beverages across multiple variations. They have perfected the koji malting culture with the "All koji" method. Here at this factory, you can witness an informative tour and are able to see the machines at work from the top floor. If shochu is your thing, we highly recommend visiting here as you can learn a lot about their methods and taste test many different types of locally made alcohol!

Located in Hita City, Maruhara soy sauce company is most famous for their unique ayu fish sauce. Their sauce has no additives creating their speciality in an innovative, patented process. Due to the high amount of amino acids contained in the sauce (double of that found in traditional soy sauce), the umami flavoring within the ayu sauce can be the perfect touch to a meal. It is recommended to be used in Japanese, French or Italian cooking. They are also very famous for their other unique soy sauces, dashi sauce, other types of sauces as well as ramune (a Japanese cider drink). Customers can also taste test many different types of sauces before purchasing.

These are just two of the many places that can be explored within this area. If you are interested in learning about and tasting locally grown products, we highly recommend taking a trip down to Oita Prefecture! 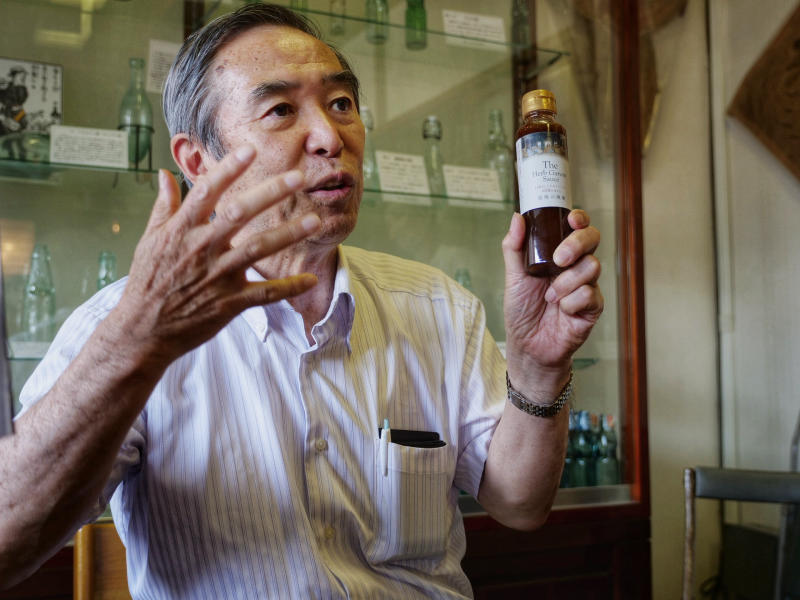 As stated above, both Oita and Beppu City are a little bit different than your average city in Japan that isn’t located in the typical destinations for your average tourist coming to Japan. There are a lot more foreigners here in this prefecture, partly due to the mere student population from APU, which has directly positively affected the way the locals treat and interact with foreigners.

Overall, Oita Prefecture is a great destination that the average visitor to Japan may not have on their initial itinerary. Therefore, for those who have never heard of Oita Prefecture, we hope by reading this article the Oita area has now sparked some interest in you and for those of you who have heard of Oita, we hope this article has convinced you to take an adventure down to Kyushu!

Why Noboribetsu MUST Be On Your Hokkaido Itinerary

Beautiful almost every season, this article will explain why your next Japan adventure should be in Hokkaido and more specifically, Noboribetsu. Noboribetsu No

A festival in Nara and why you should include one in your itinerary!

During my exchange programme at Kyoto, my friends and I had set aside our first weekend for a trip to Nara. We had purposely chosen to go to Nara on that day be

In this video, we invite JakenbakeLIVE to discuss about whether we will stay in Japan or eventually leave Japan. What do you think? Would you want to live in Japan the rest of your life? Or do you see it only as a short term gig?

Why you should visit a temple flea market!

Toji temple is one of Kyoto's many UNESCO world heritage sites, but that's not the only reason why the temple has become so famous across Japan. On the 21st of

Bunnies, Bikes and Beaches. Why you should consider Okunoshima for your next Island getaway.

Okunoshima for me was a literal dream come true, I can finally cross being swarmed by bunnies off my bucket list. If you are visiting Hiroshima or Okayama prefe