Beach in Fukushima Reopens After 8 Years: This Week in Japan

After the devastating 2011 earthquake and tsunami that hit north-eastern Japan, Haragamaobama beach in the Fukushima Prefecture has finally reopened to the public. Like Haragamaobama, several other beaches were ravaged by the disasters and were badly damaged. Results of the water quality checks that were conducted by Soma city authorities back in 2015 showed that the radioactive substances in the water were at levels below safety-standards at the beach, therefore leaving it temporarily closed until conditions were safer for the general public.

Now that the reconstruction work has been completed, the local residents are able to enjoy a fun day out at the beach in summer! Celebrating with a pray for safety and the release of balloons into the sky, the beach was then officially declared open.

To match that that true Japanese summer vibe, shaved ice (かき氷kakigōri) was served and many proceeded to jump into the water to cool down under the hot summer sun. Previously attracting between 30,000-50,000 visitors per season, Haragamaobama is only the fourth of Fukushima’s 18 swimming beaches to open to the public since the disaster. Watanoha beach in the neighboring Miyagi Prefecture was also opened to the public on Saturday for the first time in eight years but was moved 700 meters to the west of its original spot due to the tsunami carrying away sand. But hey, two beaches released to the public, and clear of any tsunami and earthquake debris is amazing, and we hope that this process means that the other 14 beaches will be fully functioning soon too! 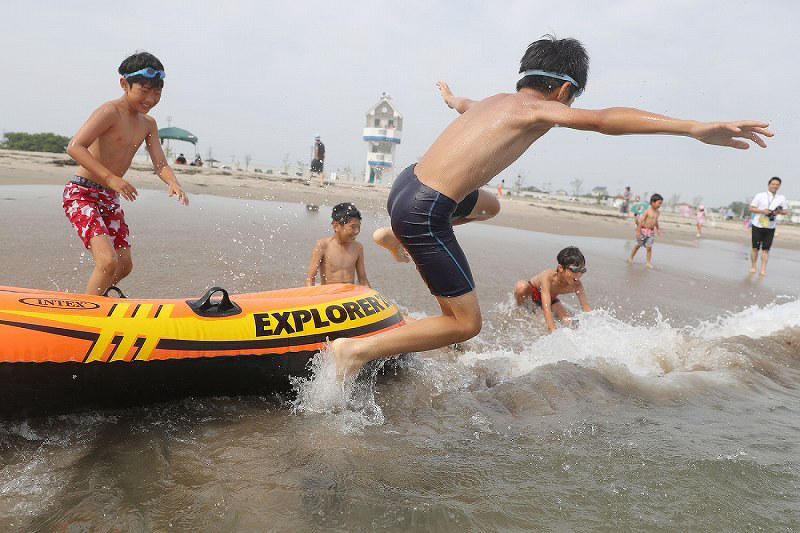 Recently, Japan’s obsession with stretching the limits of product flavors has been recognized by giant doughnut chain, Krispy Kreme, who has announced the release of their Tasty Asian Sweets donut range.

The four new limited-edition items are based on popular desserts from different parts of Asia, hitting some of our favourites here at Tokyo Creative- you’ve got the Hong Kong Almond Tofu Doughnut, the Thai Mango Cheesecake donut, Vietnam Chè Doughnut, Taiwanese Pineapple Cake doughnut, and probably the wildest of them all: the Thai Spicy Green Curry savoury doughnut, that’s stuffed with a chicken and eggplant filling, with spices, coconut milk, and of course, fish sauce.

If they manage to get the spicy green curry doughnut done right, then it’ll be all we ever dreamed of. And if not, then no worries because Krispy Kreme is also continuing their Asian theme by offering Taiwanese bubble tea, to wash out the weirdness of a savory curry-flavored doughnut. 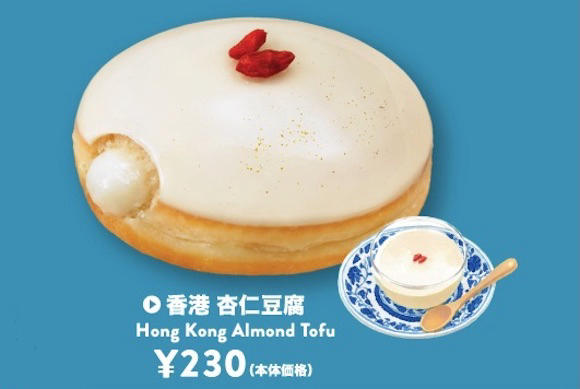 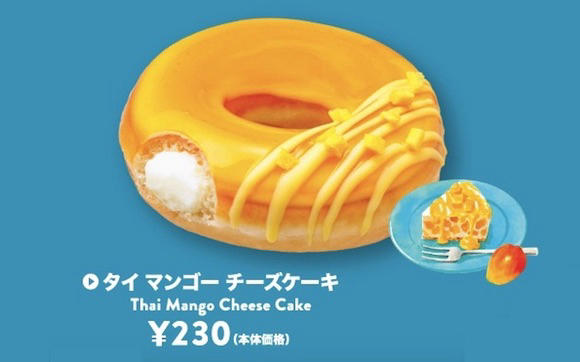 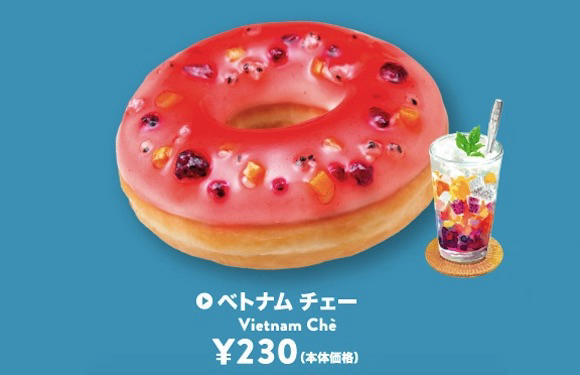 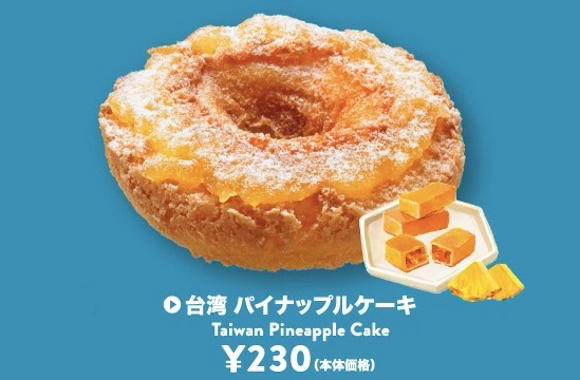 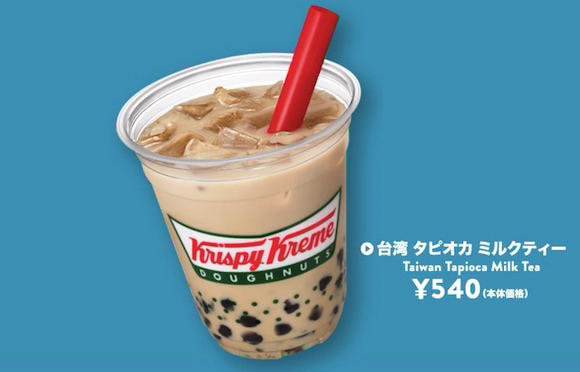 Finally, the only time that it’s acceptable to eat as many Kit Kats as humanly possible: if you haven’t already heard, earlier this summer saw massive flooding and earthquake damage across Osaka and the Okayama Prefecture in Japan. Like a flip of a switch, extreme flooding was followed by extreme summer heat, making the recoveries from these disasters a harder task than originally thought.

Nestle Japan, the owner of globally-loved Kit Kat’s, are now announced that the chocolate-covered wafer snacks are now set to help with the recuperation of these areas by selling a special Kit Kat flavor nationwide in order to help raise funds to donate to relief programs in Osaka and West Japan. Only sold exclusively in Hiroshima, the new flavor is Momiji Manju– a maple-leaf shaped red-bean stuffed steamed donut, special to Miyajima in Hiroshima. The Kit Kat Manju is covered in white chocolate with a powdered red-bean center and will be sold for 160 yen on October 9 in supermarkets and convenience stores across Japan. 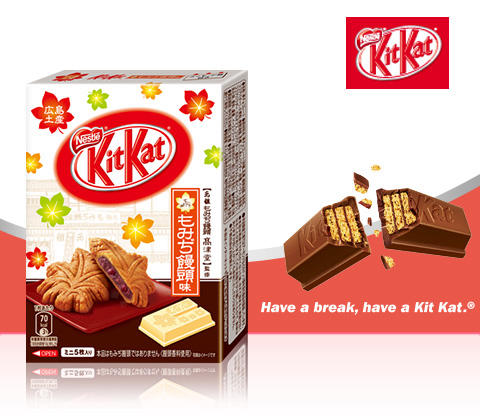 Article by Mike B

Six years after the great earthquake, my husband and I visited Fukushima. The city seemed stop at its own time. And snow was still piling there. We visit a part

A Quick Guide to Golden Week

The Golden Week vacation period is almost upon us. Named for a cluster of four public holidays that fall together within a week during late April/early May, Gol

Life is too short to think, just pack and go! I didn't expect I went to Tokyo again after my first trip two years ago. I was thinking to go to Osaka instead, bu

Abroad in Japan's "Journey Across Japan" After Party in Tokyo

Tokyo Creative and Abroad in Japan invited 100+ people to attend the Journey Across Japan After Party held at The Millennials Shibuya Hotel in Tokyo, Japan. Come join us for the next one to be held on April 28th! Sign up below in the Tokyo Creative Learn URL for more information about future events.