Jojo Murals, Conan and the passing of Momoko Sakura : This week in Japan

Tokyo has fully embraced the beautiful art and odd poses of Hirohiko Araki’s famous manga and anime series, Jojo’s Bizarre Adventure. The 30th anniversary of the manga publication is currently being celebrated at the Tokyo National Art Museum, and Jojo’s have been showing up around train stations in Tokyo.

Their most recent (and in my opinion, super successful) advertisement for this exhibition, is in Shinjuku station where the word ‘do’ (ド) has been repeated over and over again to form the faces of your favorite Jojo characters. For anyone that’s ever been to Shinjuku station, good luck trying to find this. For those who haven’t been to Shinjuku… well, how do I put this.

Shinjuku station is literally what concrete maze. If you think puzzles are hard, Shinjuku is harder. Hell, garden mazes wish they would be as difficult as trying to orientate yourself through Shinjuku station.

Either way, we’re not sure what exit it is, but this wall has a history of exhibiting anime-related arty advertisements. The previous occupants of this wall were every card ever printed for Yu-gi-oh, and the one before that was a collage of the many different anime eyes through the decades.

Now, the current ‘do’ Joester family portrait lives on, and to say the least, people are impressed by the visual trickery. But, why is it that the word is ‘do’?

Because ‘do’ is the Japanese onomatopoeia for the feeling of tension in the air! And what tension there will be if you show up to the museum without a pre-ordered ticket. So, you were warned– the exhibition is widely popular so your best bet on scoring a ticket is by purchasing it through your local Lawson.

Who knew the impending feeling of danger could look so beautiful?

In the battle for fame, Conan O’Brien’s discovery of Tottori Prefectures ‘Conan Town’ and popular manga series Detective Conan came into the spotlight on his late-night show, Conan. Addressing his disbelief, O’Brien recognises the similarities between Detective Conan and himself; both having long skinny legs, cartoonish, and the most emphasized, a man trapped in a child’s body.

This is when the topic of money comes into play. Threatening a lawsuit, Conan puts forward a 3 trillion-yen payout for the Detective Conan payout, and all beef will be resolved. 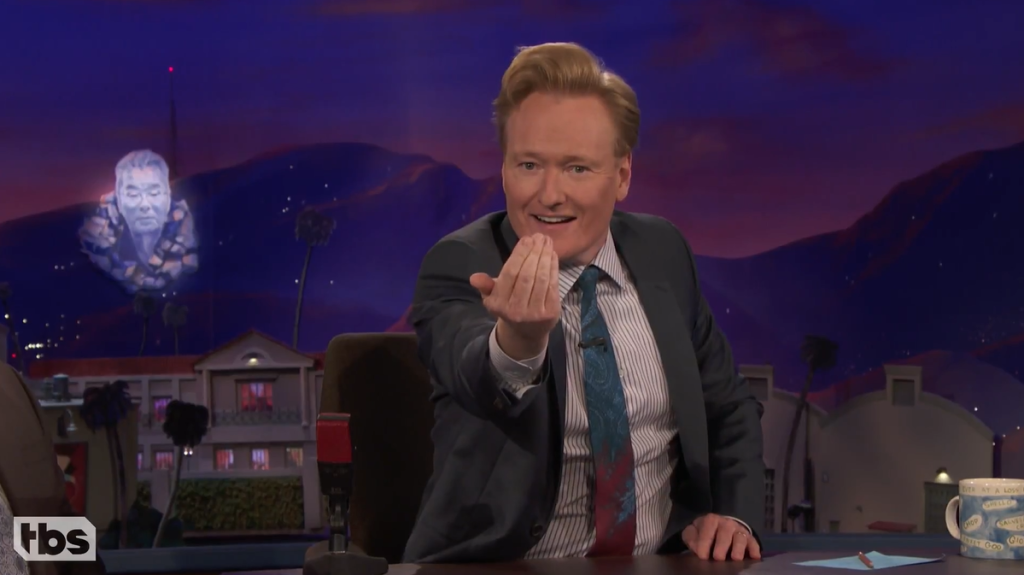 Clapping back with the back-handed slaps to the face was Akio Matsumoto, Mayor of Conan Town, with a snide message himself:

Thank you for introducing Hokuei to the world. Here is a famous Sir Arthur Conan Doyle quote to serve as a present to you from the mayor of Hokuei: “There is nothing more deceptive than an obvious fact.

It is elementary my dear, Conan O’Brien.

If you want the money, come visit Hokuei.”

As the beef gets spicer, so does Conan O’Brien’s demands: he wants a building named after him (as the more famous Conan), a key to the city and access to homes of everyone who lives within 20 miles of Conan town, as well as a slight alteration to the existing statue to make it more… distinctive to O’Briens appearance. Those modest requests, plus the 3 trillion yen of course.

Matsumoto then replies with “mate, there’s no such thing as a key to the city but hey, if you come, we’ll give you a sash that will make all your demands come true”. Like O’Brien, Matsumoto also included his very own list of modest demands, like his face plastered next to President Lincoln’s on Mount Rushmore, his own star on the Hollywood walk of fame, and 15 thousand American hamburgers for each one of the residents in Conan Town.

Be there or be square.

HOT DAMN. This Matsumoto fool ‘bout to end O’Briens whole career without even batting an eyelash.

Fired up, palms sweaty and mom’s spaghetti, Conan then announces his visit to Japan to meet Mayor Matsumoto for a 1v1 IRL punch-on, and four days ago, Japan was blessed with pictures of Conan exploring the subcultures of Tokyo.

Just before I left, my daughter said “Dad, don’t embarrass me in Japan.”#ConanJapan pic.twitter.com/YhZhy5jgV5

But the time comes again, and the two rivals must meet. With a few travel mishaps, O’Brien finally meets Mayor Matsumoto, eye to eye, and negotiations about the three trillion yen begin.

First and foremost, O’Brien is awarded with a sash that reads “Mayor for a day”, while Mayor Matsumoto was awarded with his very own “Miss Iowa” sash. What a beauty. After their meeting, the two mayors head out to the public square where O’Brien delivered a speech in Japanese to his town.

The once tense air became less than a breeze, as the two began to make up and celebrate through Conan’s agreement to whip up the free burgers he promised.

As Mr. Worldwide himself, Conan ended up cooking and dishing out burgers made from 100% Australian beef with the help of Conan Town residents.

So, from all this #dramaalert #spillthetea #Australianbeef, we can assume that the only way to negotiate a peace settlement is through burgers.

Just FYI: it may be hard for some people to recognise sarcasm through writing, but I’m afraid I still need to address it: this story is all in good faith. Like Conan O’Brien’s joking call out of the Detective Conan series, we’re reporting this good ol’ Australian hamburger beef in good light! We’re extremely grateful that Conan was able to fly out and check out Tokyo, Tottori and the greater Japan, and we hope he comes back to school us on true Harajuku fashion.

On a more serious and upsetting note, artist Momoko Sakura, author of Chibi Maruko-chan manga has died at the early age of 53 from breast cancer.

The anime and manga series were internationally recognised– especially in Taiwan, Hong Kong, and China, where fans flocked to share their grief and upset over their favourite childhood anime. 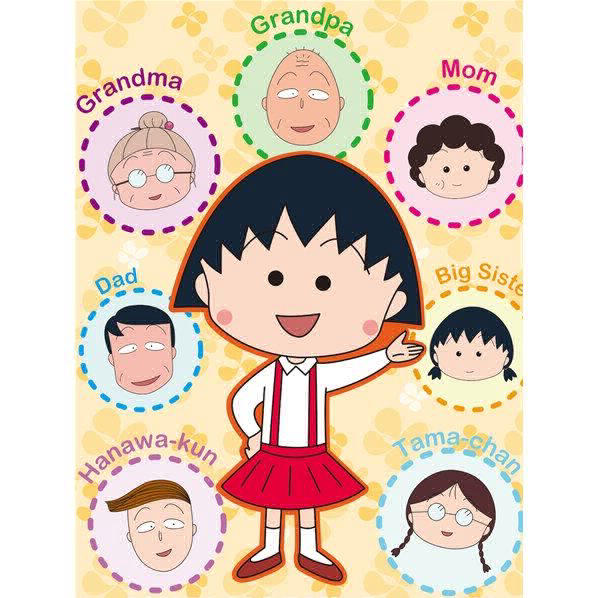 The story of Chibi Maruko-chan followed the story of a young girl called Maruko in Japan, and her relationship with her family and friends. The 10-year manga and 2 year anime streak in the 90s, along with a revised anime version and several films has made it one of the most successful manga series to date, and the death of Momoko will surely leave a mark in manga and anime history.

Her debut as a manga artist in 1984 paved the way for many manga artists to come. One of many who were inspired by the works of Momoko was Eiichiro Oda, creator and artist of One Piece, who drew a tribute image of Luffy and Maruko bonding their shared love of food.

You’ve seen the Sailor Moon Café. You’ve seen the One Piece Restaurant. Now get ready for the JoJo’s Bizarre Adventure inspired bar! If you’re a fan of the JoJo

Decorated with images of Conan Edogawa, the main character from the internationally successful manga and anime "Detective Conan (Case Closed)", this station in

As a tribute to Osamu Teduka, one of the Japan’s famous manga artists, these two walls right across Takadanobaba Station are now decorated with murals of his fa

If you've spent more than an hour wandering the streets of Tokyo, chances are you've seen Conan somewhere - one of Japan's most beloved fictional characters, th