If you have never heard of Shikoku Island in Japan, it will for sure be on your radar soon as many more tourists and foreigners are choosing this area to either travel to or settle down in. But more specifically, one of the prefectures that is gaining a lot of attention recently is Tokushima Prefecture. While the eastern part of the area may be more well known due to the Naruto Whirlpools, Western Tokushima or more locally known as the Nishi Awa area (which contains Mima City, Miyoshi City, Tsurugi Town and Higashi-Miyoshi Town) has gained a lot of attention due to the rich natural landscapes, culture, tradition and cuisine. There are also a lot of adventurous nature activities that visitors can engage in, such as rafting, rock climbing and many more. The Nishi Awa area is also famous for its advanced agricultural technique called “slope land agriculture”. Due to its mountainous location and intertwining rivers, this technique was developed generations ago in order to cope with its irregular landscapes. In this article, we want to go over some reasons why you should probably try and visit if you’re traveling through this area and why Nishi Awa is promoting itself as a prime  “wokation” (work + vacation) location. 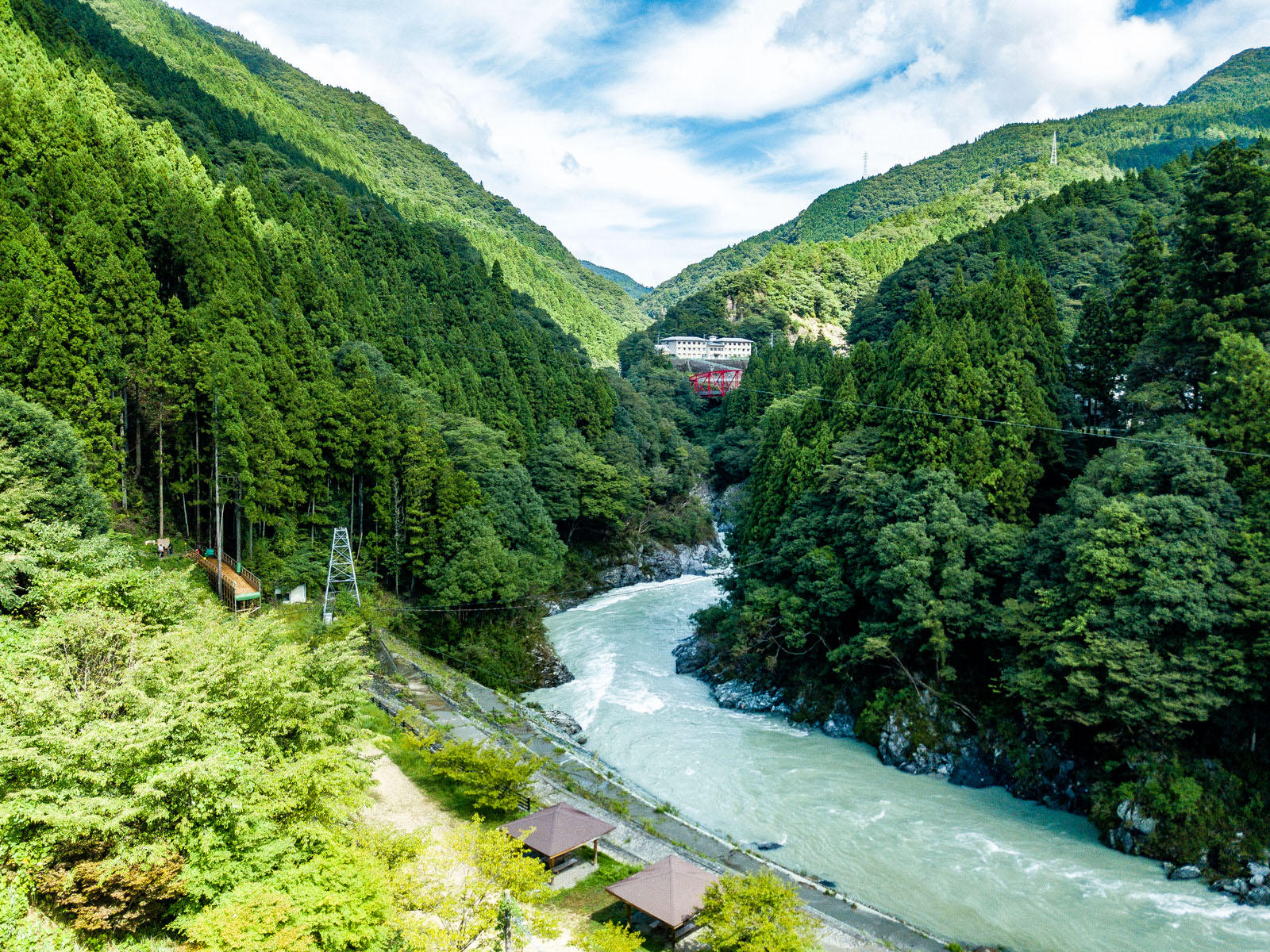 Stretching 45 meters across Iya River, this suspension bridge is made of vine roots. According to legend, the bridge was created by members of the Heike clan seeking refuge in the area after their defeat in the Genpei War (1180-1185). Of the once 13 bridges, only three are still remaining today, of which Kazurabashi is the largest and most popular and for safety reasons, is reconstructed every 3 years. For those that don’t like heights, we probably wouldn’t recommend this bridge, however it's definitely an awesome experience with a great view when you cross it. 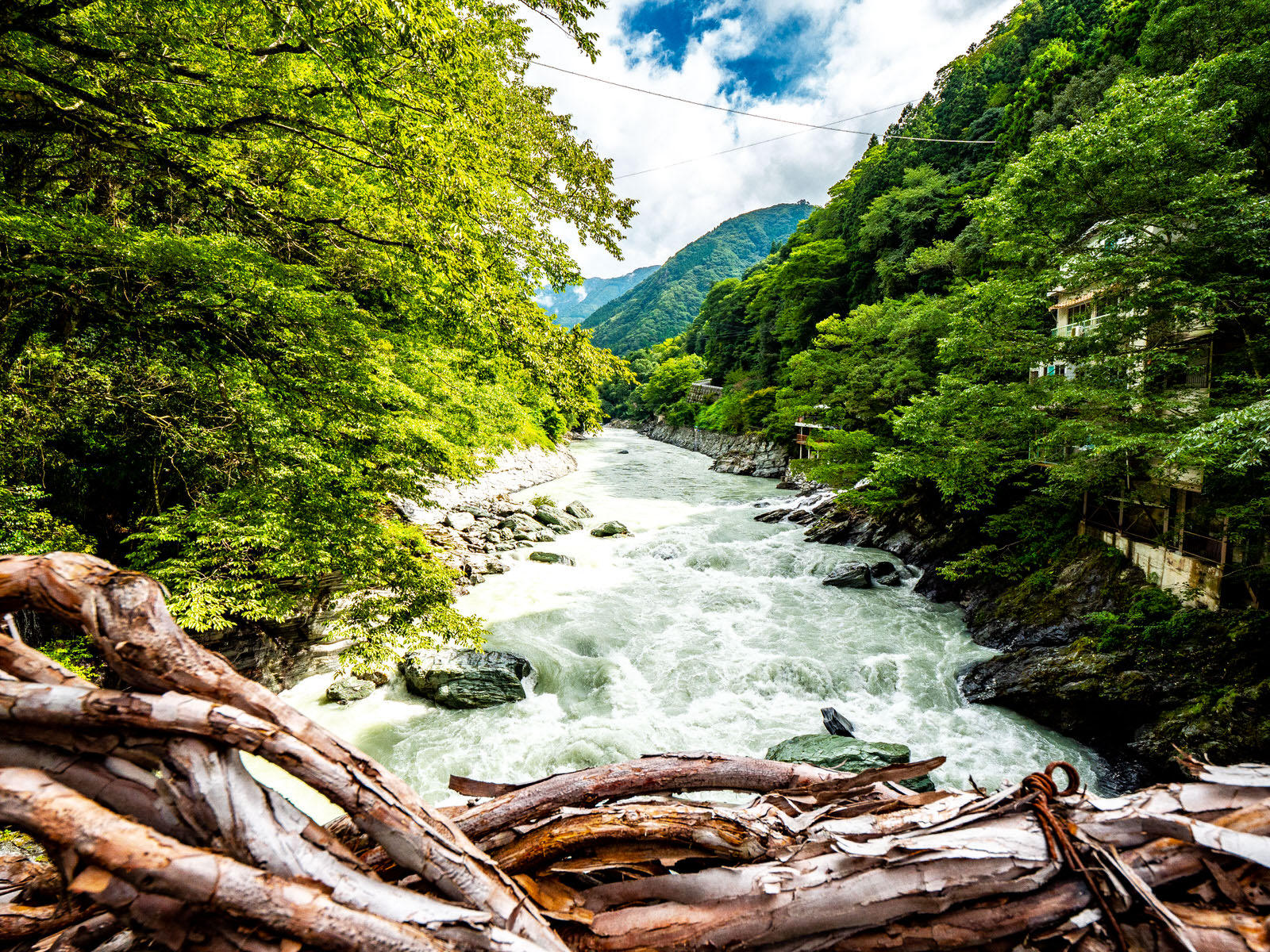 An old and traditional street located in Mima City, taking a stroll down Udatsu Old Street feels like taking a step back in time. One distinct aspect of this old street and the reason for the name “Udatsu Old Street” is from the clay and bamboo “udatsu” or structures that were created in order to prevent fires from neighboring houses that were made of wood. The larger the “udatsu” the wealthier the resident due to the high expense of making them.

Lined with stores, museums, satellite offices and country homes, Udatsu Old Street is a must if venturing out to the Nishi Awa area. Some of these buildings date back 300 years, when this old street was the bustling hub for the indigo dyeing trade in Japan. There is also an awesome tour of the Yoshida family residence for 500 yen where you can experience how a very wealthy merchant family used to live. 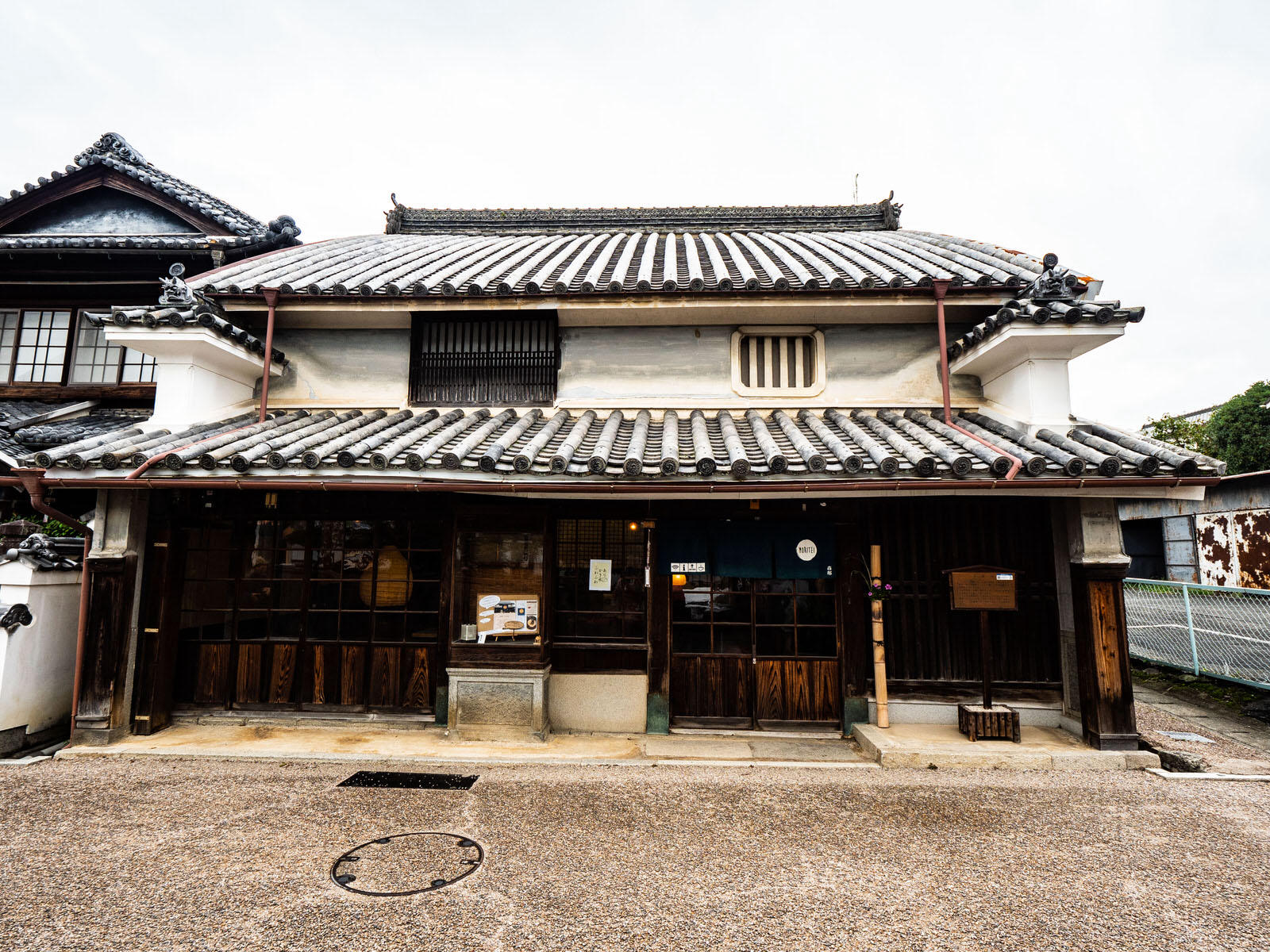 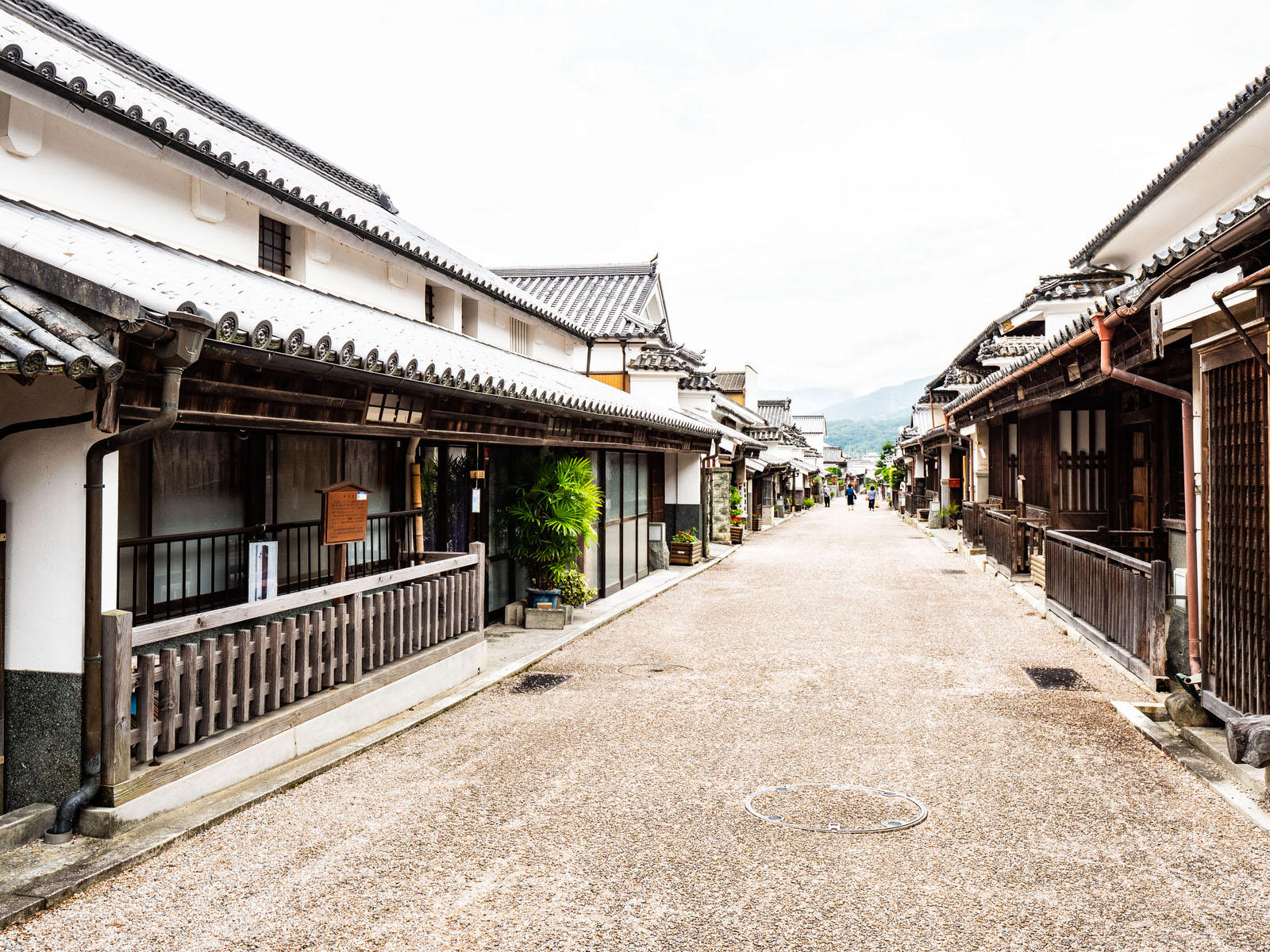 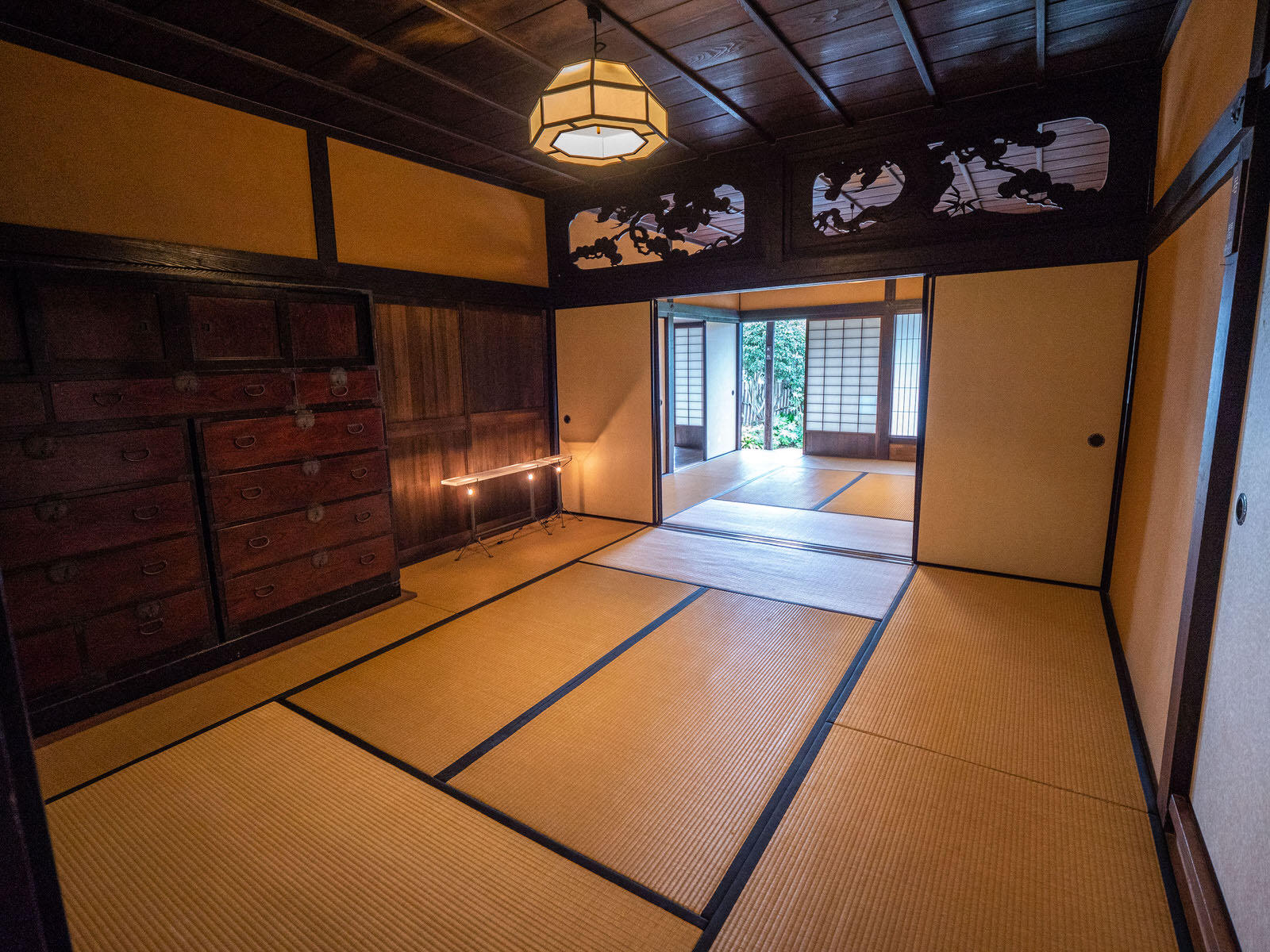 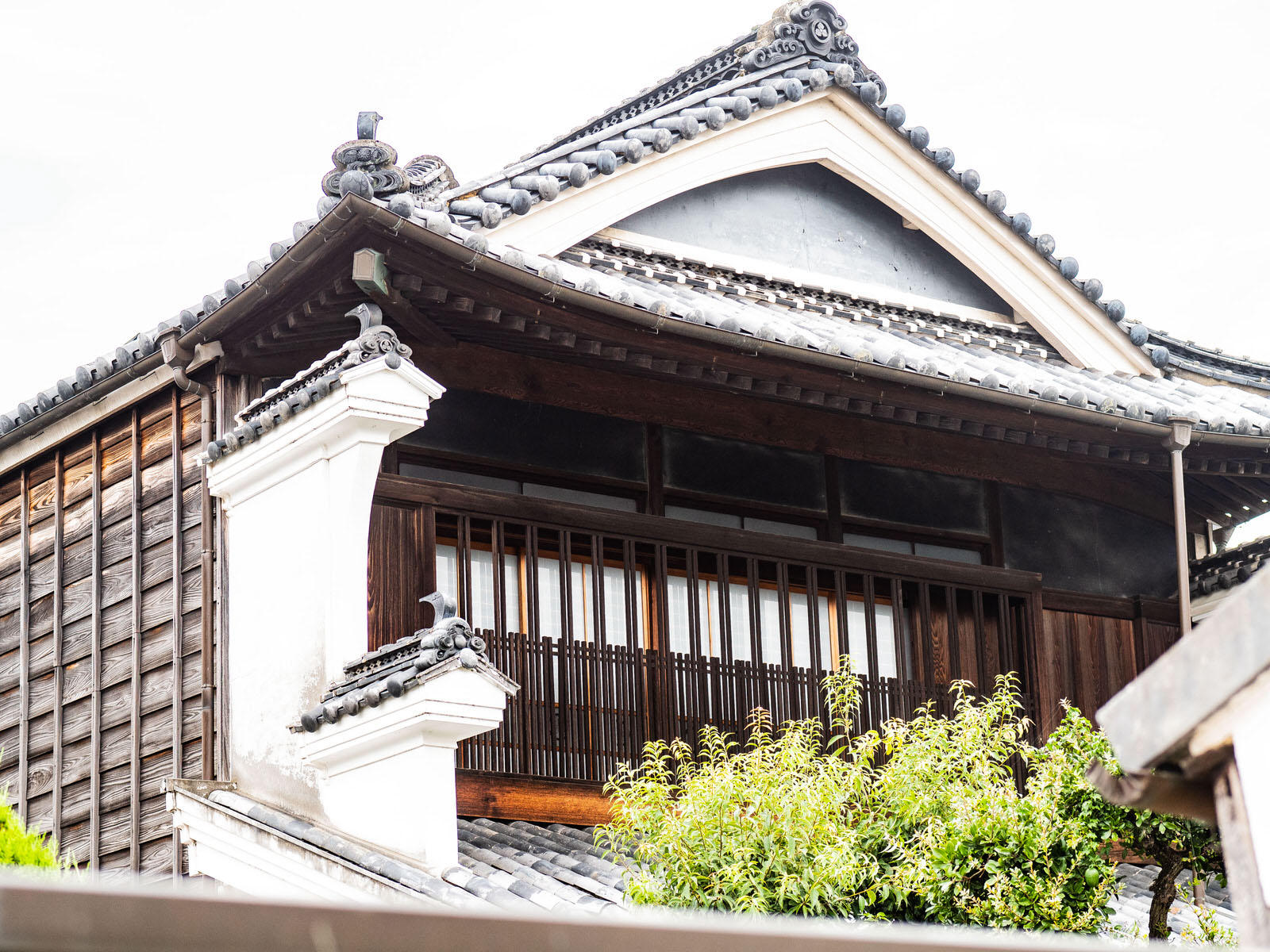 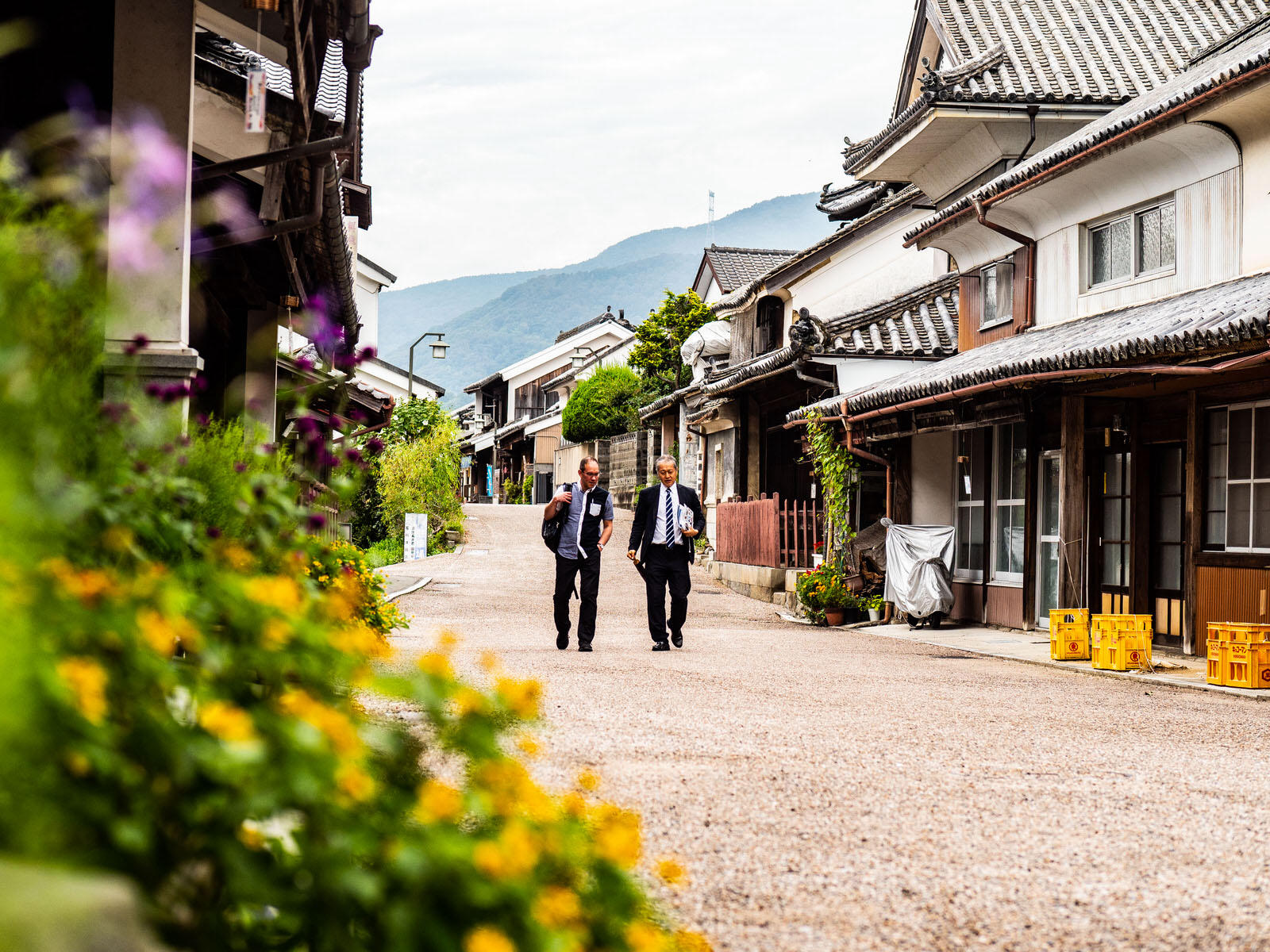 Started by 76 year old, Koizumi Yasuo, this restaurant first opened in July 2017 and became listed as a World Agricultural Heritage Site in March 2018. Fuwari Farmers Restaurant is a definite must if venturing out to the Nishi Awa area. This restaurant is famous for its homegrown vegetables that customers can individually pick from the garden and has a fantastic view of the mountains from the balcony seating. 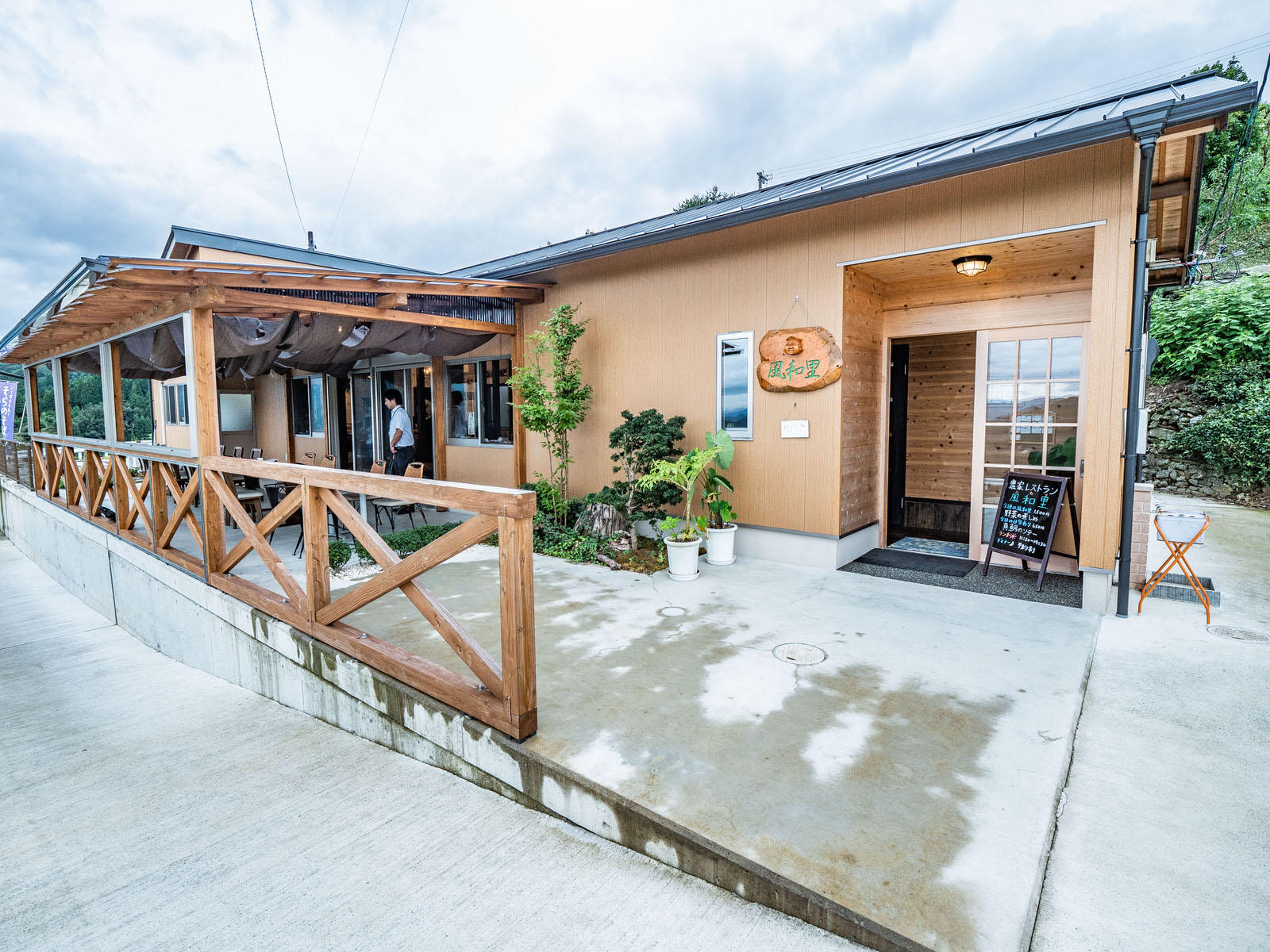 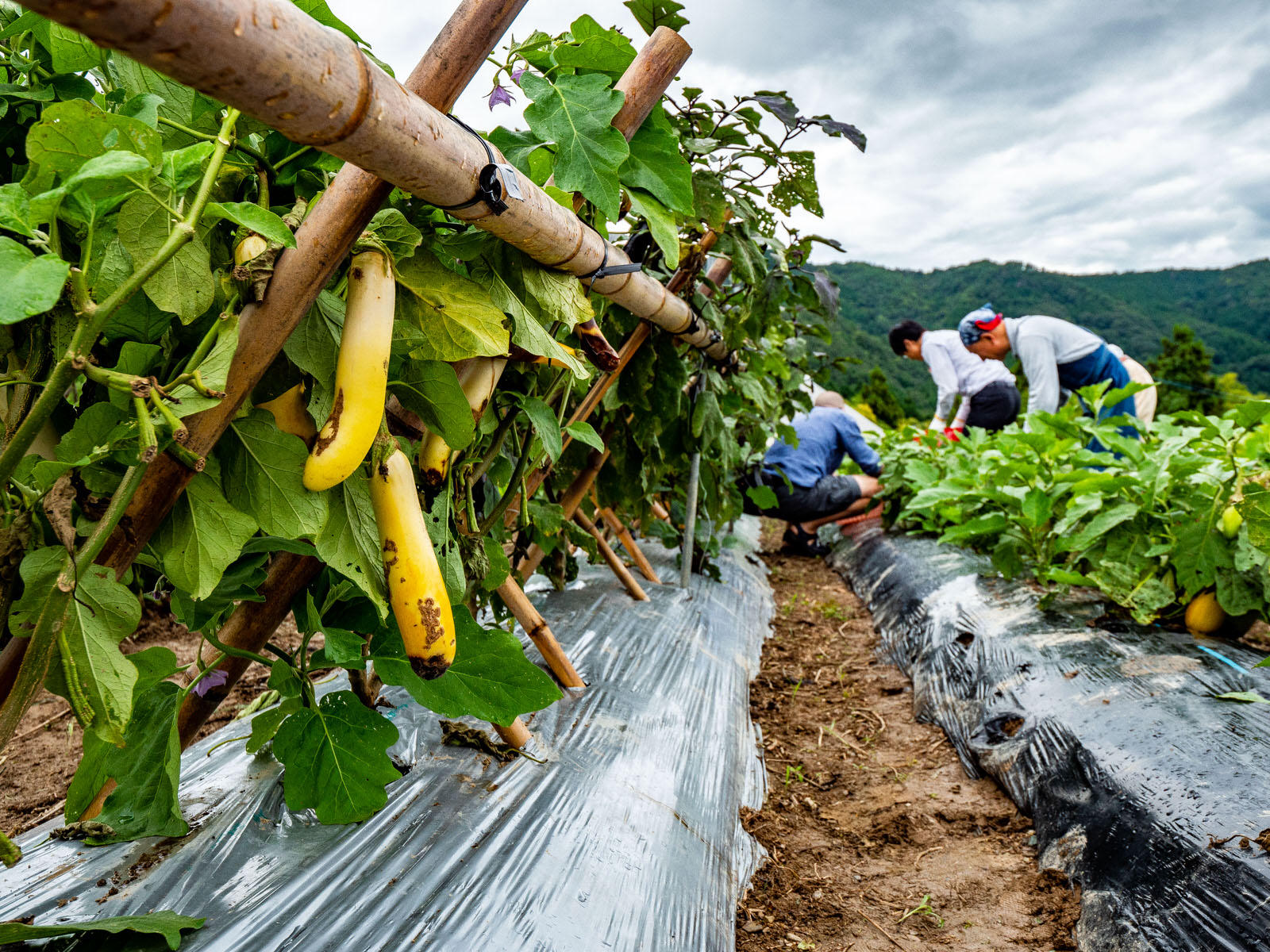 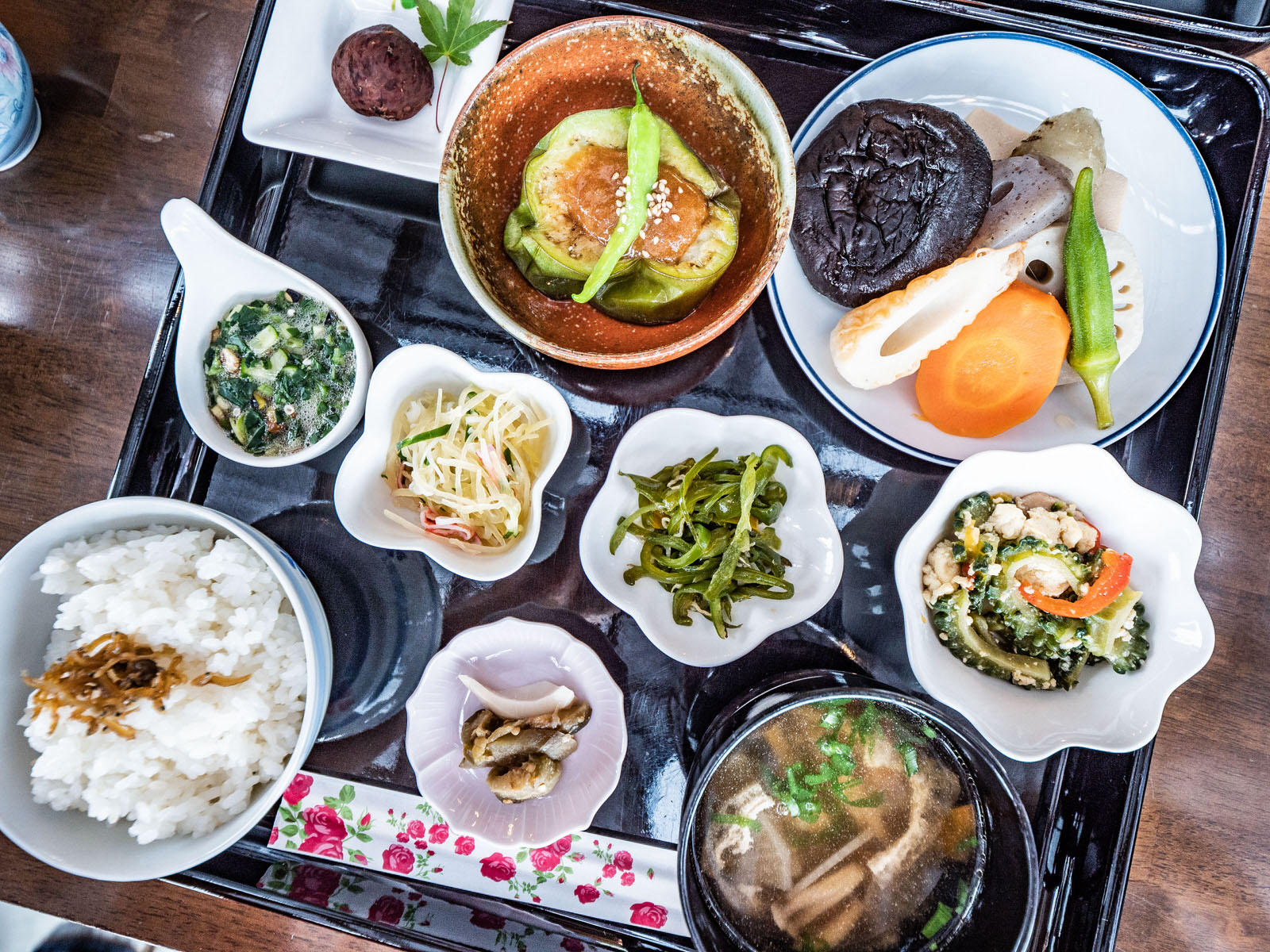 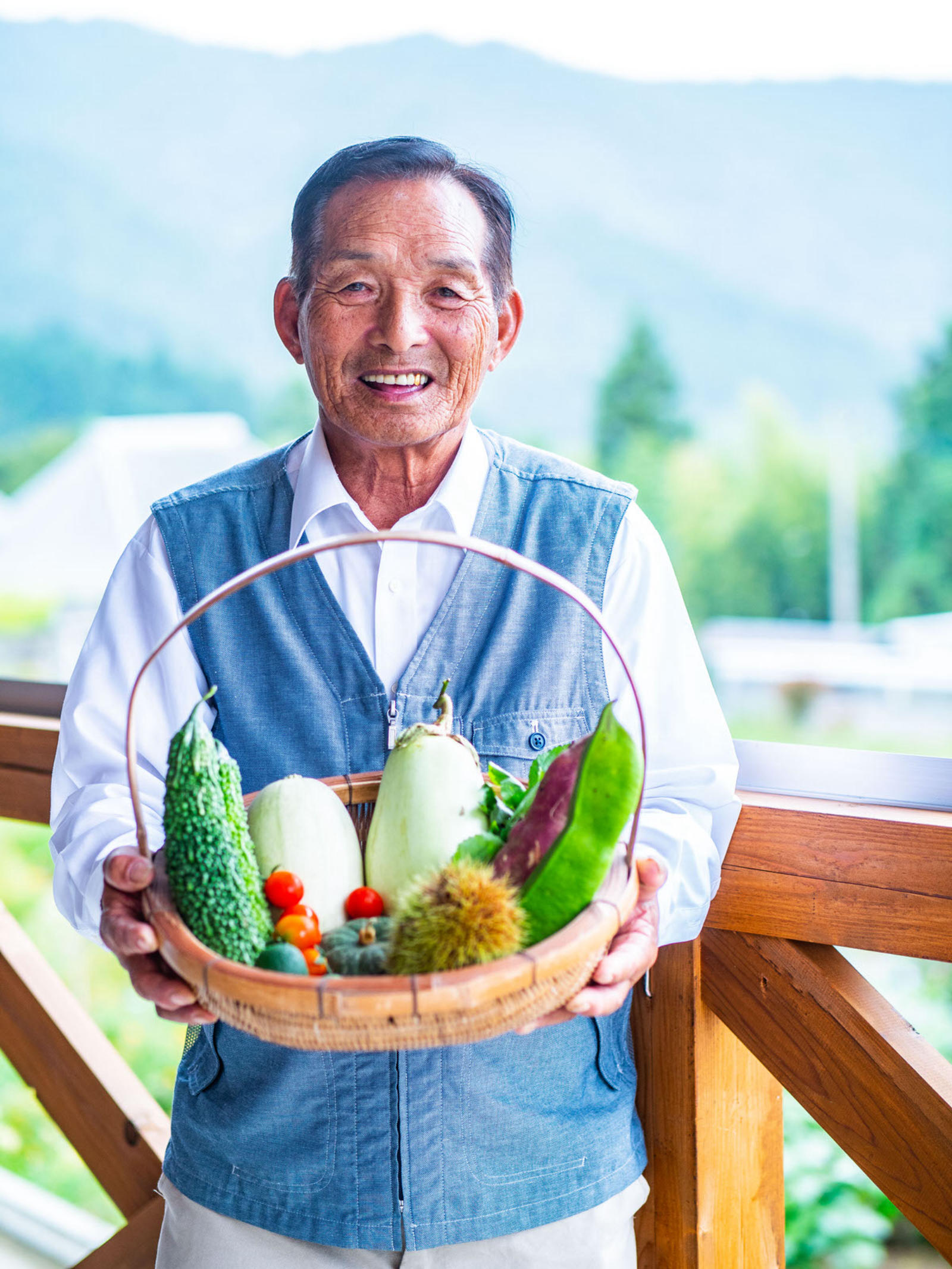 Both being located in the Nishi Awa area of Tokushima Prefecture, they give off completely different vibes. While Mori-Tei is located within Udatsu Old Street, Adliv is situated near a small modern town. Mori-Tei is a satellite office space open for events and daily/monthly rentals. There is a cafe that serves both delicious drinks and food. It has a very traditional vibe to it perfect for any visitor that wants to experience “old” Japan away from the busy city centers.

Adliv gives off a very relaxed and communal vibe. The 2nd floor is equipped with an office space and coworking tables, the 1st floor has multiple lounge areas, a cafe/restaurant that serves both food and drinks and an accommodation area in case you happen to stay late at the office. The front of the office faces beautiful scenery, while the back of the office is situated in front of a small town. Adliv is highly recommended as a satellite office space for those that want to escape the city centers of Japan and have an opportunity to socialize with locals or other users of the satellite offices. 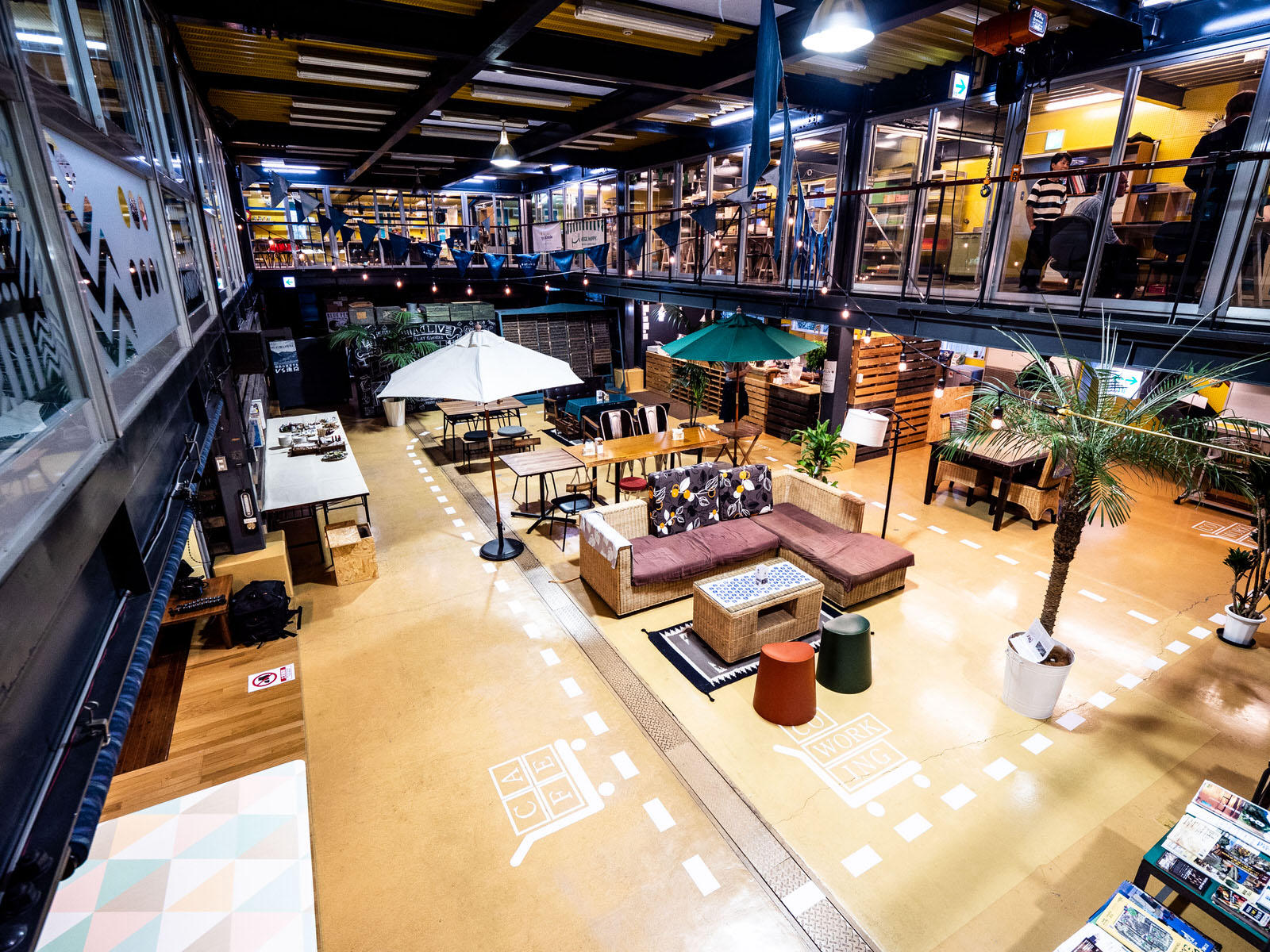 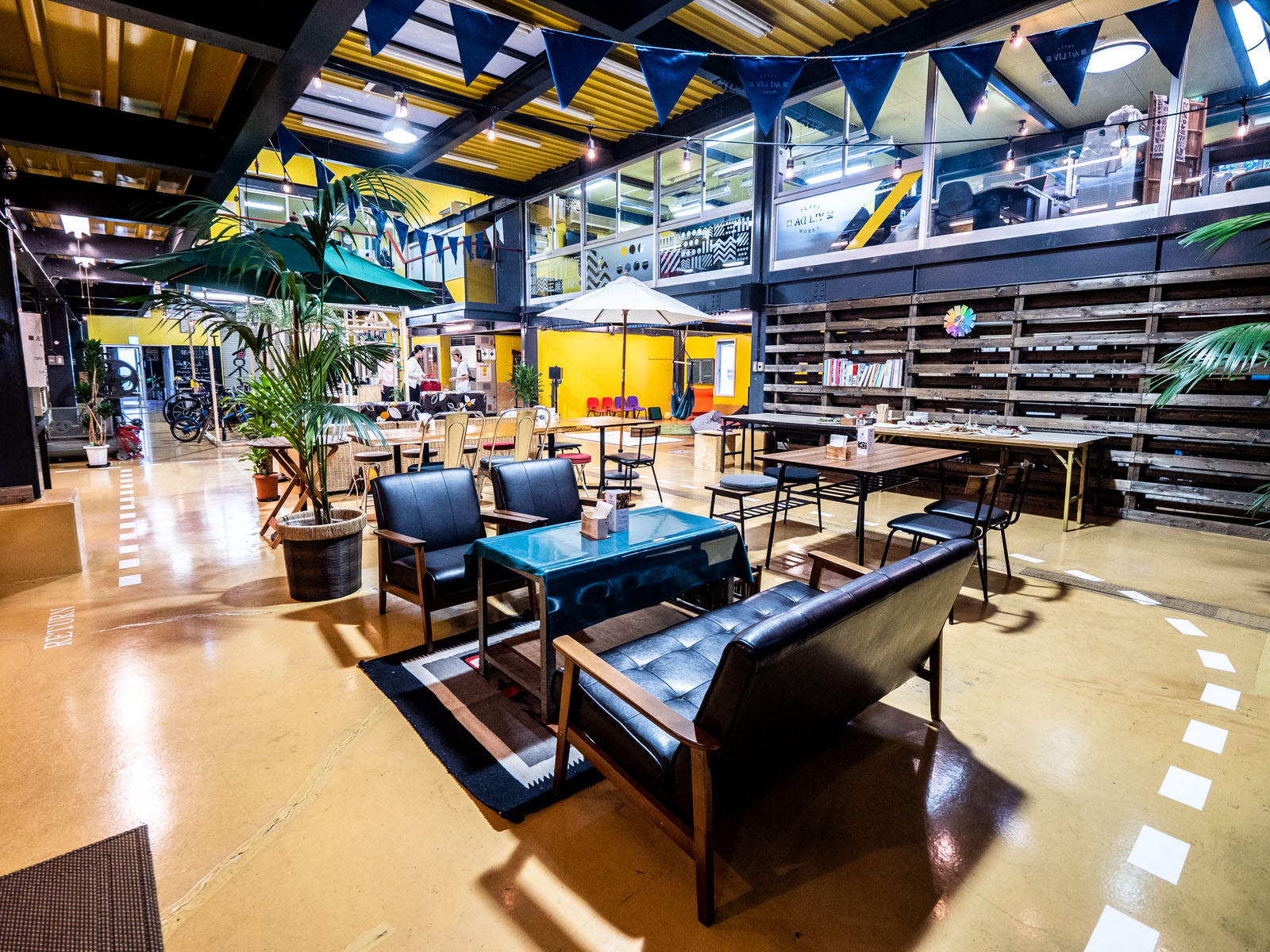 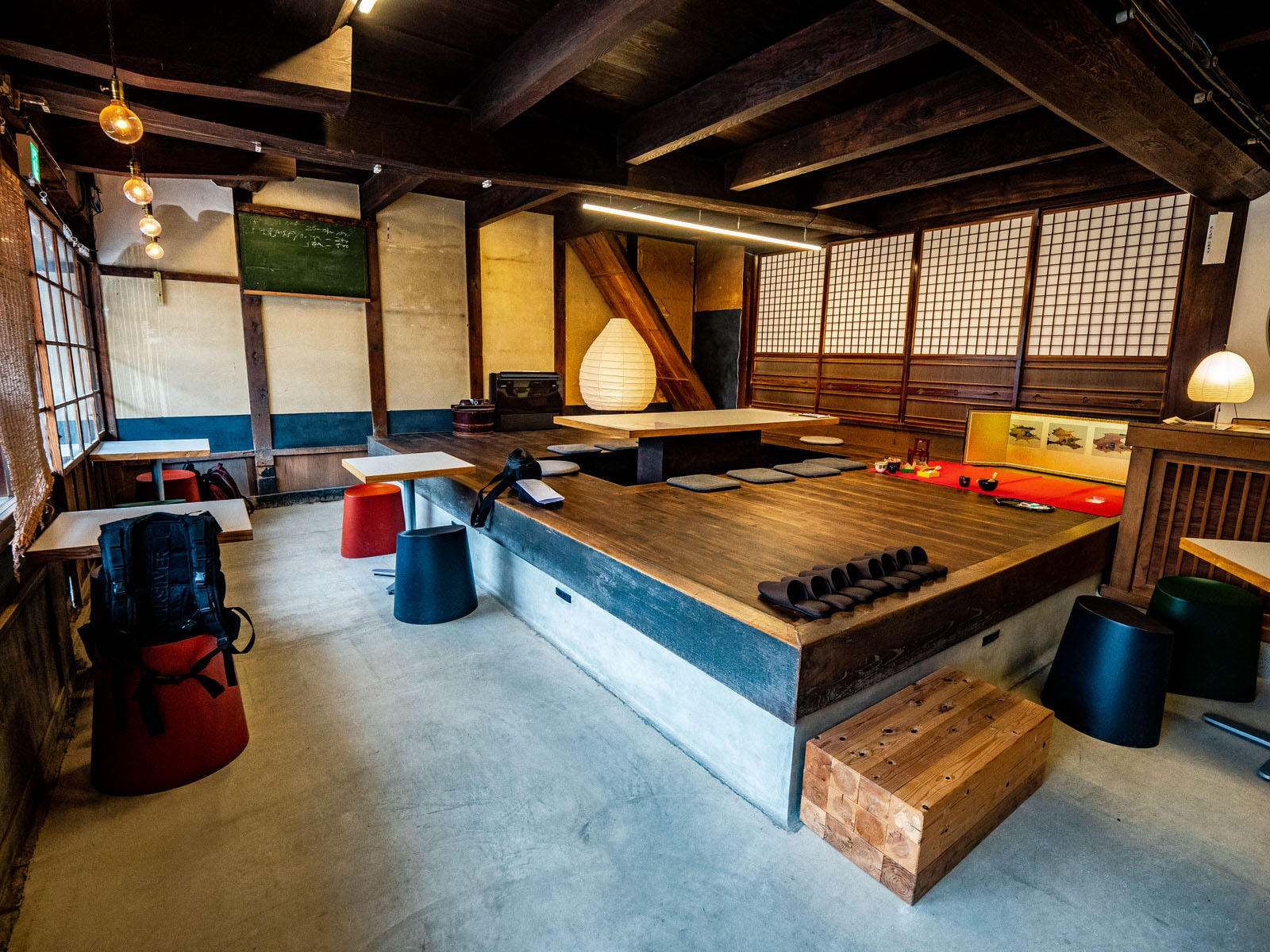 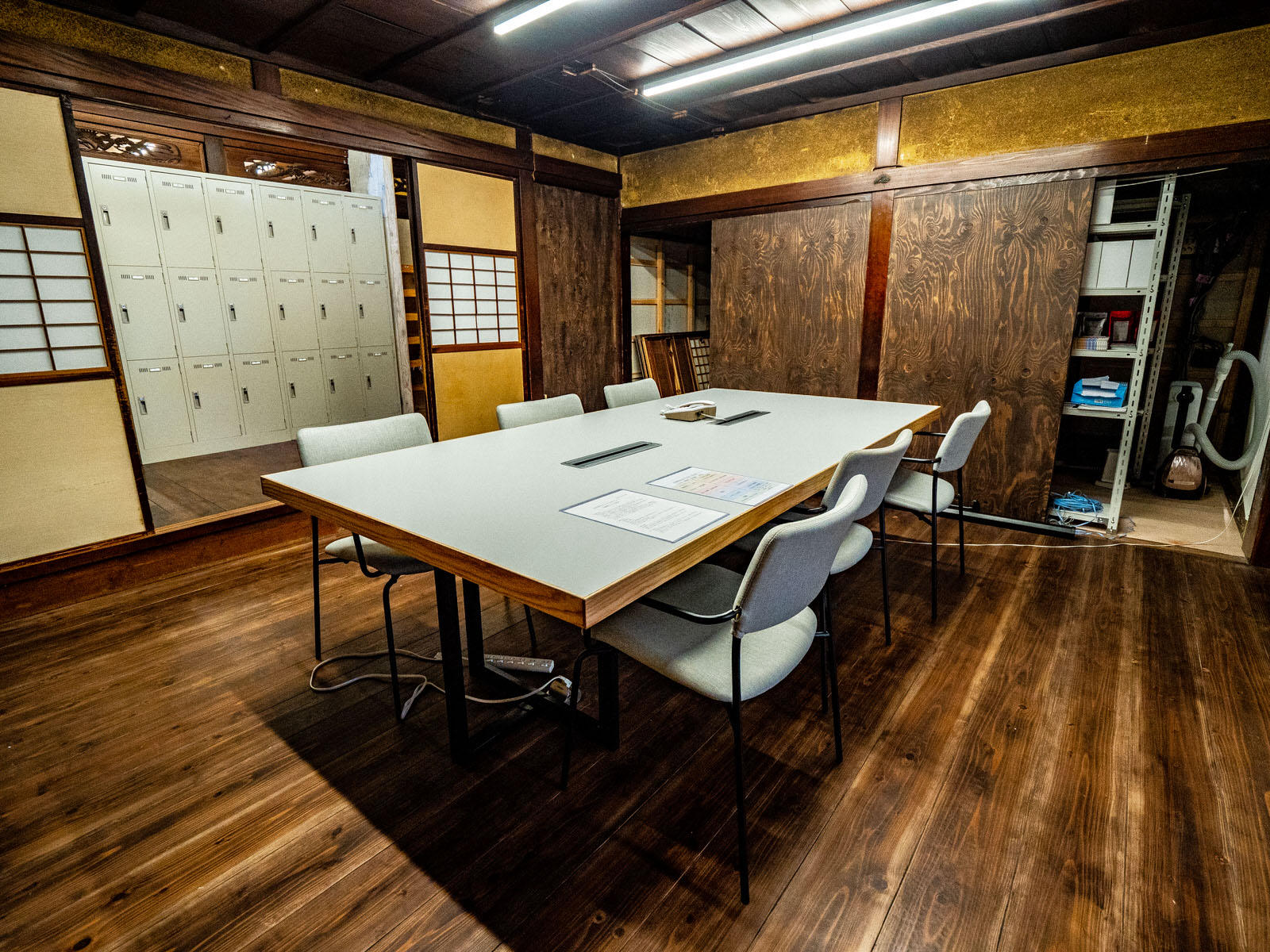 For this reason, Western Tokushima, more specifically, the Nishi Awa area is trying to promote itself utilizing its gorgeous nature as a prime spot to open satellite offices for both domestic and global companies. Nishi Awa has a perfect blend of nature, tradition, culture and absolutely delicious food that makes for a prime location, for not just employees but anybody that may want to live in the Japanese countryside. Some of the better satellite office spaces that we were able to explore were Adliv and Mori-Tei. Both of these differ significantly in appearance and location but are able to provide a relaxing, stress-free working environment for any person looking to get out of the bustling city centers. Adliv focuses more on a communal vibe as their common space provides more opportunities to interact with other satellite office workers, while Mori-Tei is situated in the Udatsu Old Street area giving it a very traditional Japanese vibe to it.

If you are either traveling to the Nishi Awa area for tourism or for a longer term stay, we highly recommend this area as a perfect nature getaway here in Japan.

Located in the Nishi Awa area of Tokushima Prefecture, Adliv gives off a very relaxed and communal vibe. While the 2nd floor is equipped with office space and c

Tucked away in the Nishi Awa area of Tokushima Prefecture, Zeniya is the perfect quiet but homely Japanese style inn for any visitor. Renovated from a 100 year

Tokushima-shi is famous for its Awa-Odori Folk Dance Festival organized every August which attracts over 1 million people.