Christmas has come early this year because Sony has finally released their PlayStation Classic Mini console with 20 of your favourite games built-in, including one of the games that started all our gaming addictions: Final Fantasy VII, Tekken 3, Ridge Racer Type 4 and Jumping Flash. That’s it for all the games we know will be in it, but we’re dying to hear more about the lineup of games. Will there be Metal Gear? Megaman? Ace Combat?

For now, we know that with the abundance of games that will be released, and instead of having 20 discs, this mini PlayStation will store their amazing array of iconic games in its built-in virtual memory card, allowing players to save their progress and replacing the old grey memory card which previously existed. Yes, this means that the disc tray and the memory card slots are purely decorative, but would you really want to have a disc for every 20 games again? We think not. 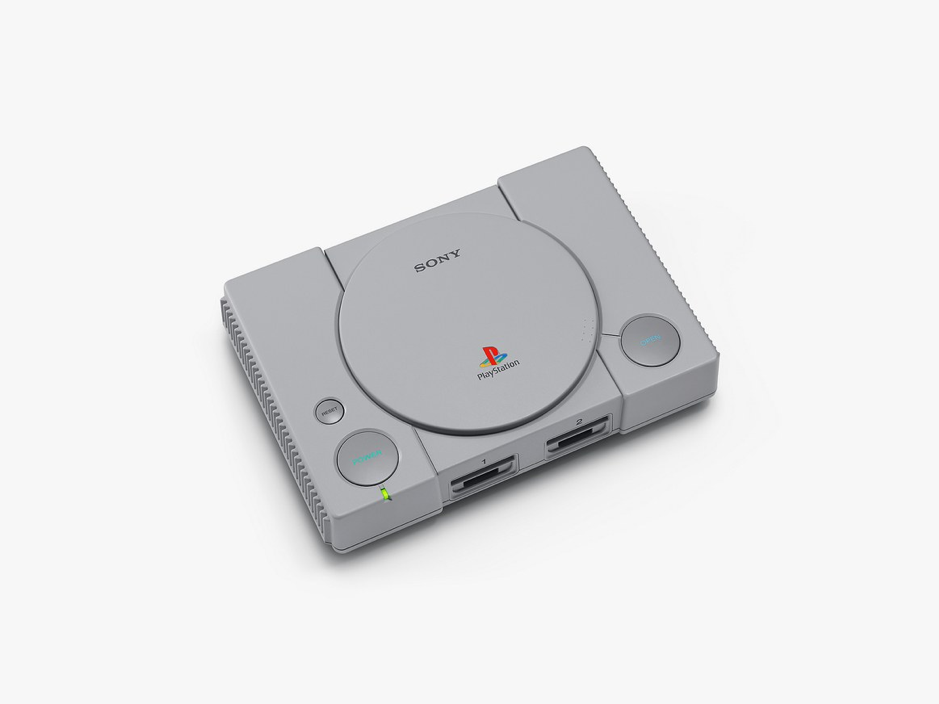 This console is also 45% smaller than its ancestor, this new mini console will also include two smaller versions of the pronged controllers, and its newest, more modern addition, the HDMI cord for all those youngin’ TV sets. Launching just in time for the holidays, this nifty little console will be ready to launch worldwide on December 3rd, celebrating PlayStation 24th birthday, and is priced at roughly $100 USD.

While you Americans are going through same pumpkin-spiced or chestnut goods every year, Japan is throwing the world all kinds of Autumn curve balls, and this year, they’re giving us the Sweet Potato Frappuccino. Starbucks Japan has caught wind of the popular Autumn baked good by making the Sweet Potato Frappuccino. To fully enhance the sweet potato taste, the drinks include kenpi, which is candied sweet potato, and topped with a sweet potato sauce that was roasted slowly to draw out a more intense sweet potato taste.

Because it’s still Starbucks, every Frappuccino order comes with a dollop whipped cream and also topped with more kenpi, for that extra crispy texture on your first sip. Sure, Japan has cinnamon and chestnuts and all that typical Autumn flavours, but the Sweet Potato Frappuccino also comes in a crispy sweet potato latte, to really warm up all our cold hearts. Looking for that perfect Starbucks Instashot? You can also grab their purple-orange sweet potato scone to complete your course.

Now, it’s not to say that Japan doesn’t also have its Autumn icons- like our American friends who like to stick a pumpkin spice flavour to everything from candles to antibacterial hand gel, Autumn in Japan is nothing without a pumpkin. So, following the sweet potato Frappuccino craze, we’re also going to get a Creamy Pumpkin Frappe and latte, which also looks like it will feature kenpi and… chocolate sauce?

If you think that’s a little overkill for Autumn, Starbucks has already released their Autumn tea blend and their Caramelly Pearl Frappe. If you’re a fan of all things Autumn then Starbucks Japan is really milking it out right now, so we recommend you try them out before Winter comes!

Some may think that street art or graffiti might not exist in Japan because of its strict but also well-mannered people, however if you’ve stumbled into the alleyways of Shibuya, you’ll come to find out that you are incredibly mistaken. Sure, some graffiti is literally people just writing their names in blatant areas, but sometimes you see graffiti and little doodles in ridiculous areas, and you can’t help but be impressed.

The lines between graffiti and street art are always blurred and it really depends on each person. But I think that we can all agree that the once Instagram-famous aquarium fish tank phone booth located around Yamatokoriyama in the Nara Prefecture can be seen as pieces of art– if you manage to find it of course. 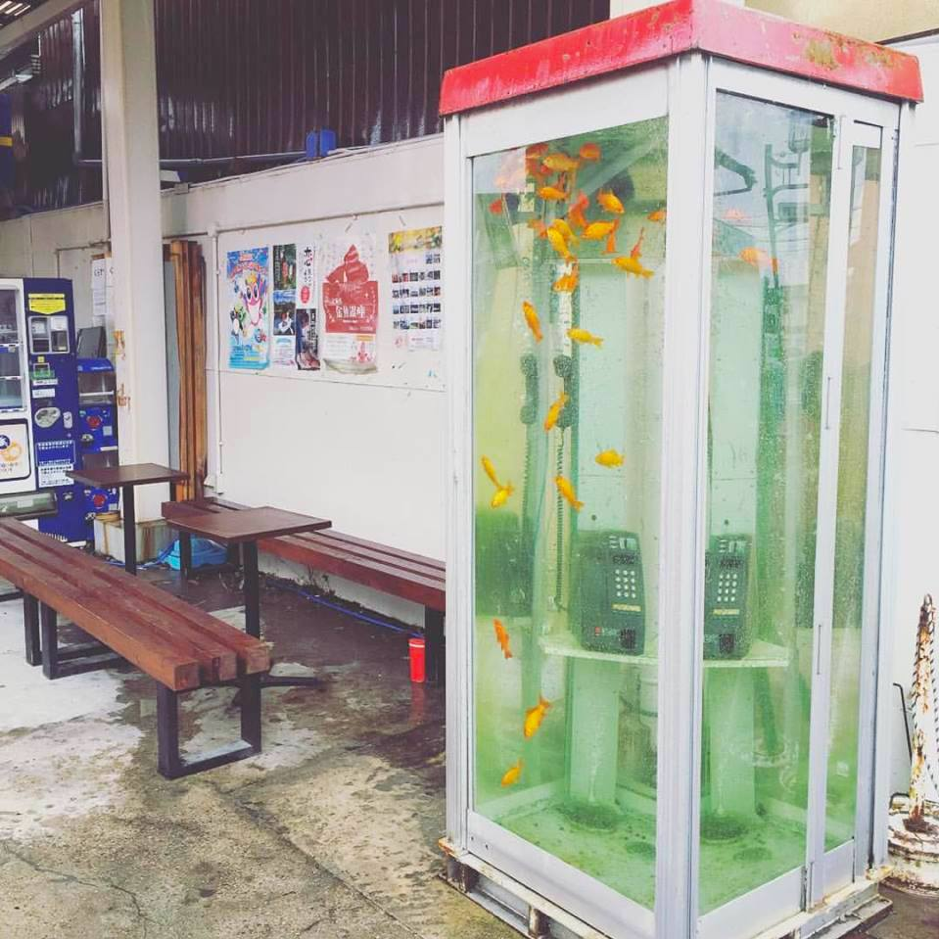 Literally named the ‘Goldfish’s Phone booth’ (金魚の電話ボックス), this phone box in Nara was erected by a group of Art students from Kyoto University who call themselves the Goldfish Club. Dubbed the Goldfish town, Yamatokoriyama is famous for its abundance of Koi and Goldfish, and this phone booth in particular attracts international and domestic visitors due to its contextual relevance and its overall aesthetic beauty.

Well, now it will be even harder to find, because it will be taken down due to its similarities with Japanese contemporary artist, Nobuki Yamamoto’s work who’s from Fukushima. Yamamoto started creating fish-tank phone booths since 1998, and now as a 62-year-old man, he is fighting for his originality by demanding 3.3 million yen from the association for displaying a work too similar to his.

Although beautiful, we get the right to defend creative originality. Let’s just hope he doesn’t find the other repurposed fish tank phone booths around Osaka…

Article by this is japan

The coolest phone booth in existence?

One thing I noticed when I first moved to Japan was that you can still find phone booths when you're out and about quite easily. Back home in Australia, phone b

Existing for over 350 years, this wholesale shop specializes in goldfish (and a couple of koi, or carp). The goldfish at Kingyo Zaka ("Goldfish Hill") are avail

KAWAGOE FOOD TOUR: TOP SNACKS TO TRY IN THE CITY OF SWEET POTATOES 🍠

Sweet potato paradise 🍠 Check out these 6 foods in Kawagoe that will send your taste buds on a nostalgic trip to the Edo period of Japan! 😋

A Quick Guide to Golden Week

The Golden Week vacation period is almost upon us. Named for a cluster of four public holidays that fall together within a week during late April/early May, Gol