The Man Himself, Sakamoto Ryoma

Mention the name Sakamoto Ryoma (坂本 龍馬) around in Japan and maybe you’ll get a standing ovation as the foreigner who knows one of Japan’s most popular historical figures .… just don’t mention that you probably learned that name from Gintama or something.

Whether you’re a modern Japanese history buff or just want to learn more about the man known by all Japanese people, here are some facts about one of out favorite historical figures: Sakamoto Ryoma.

*Note: this is a super summarised version of history, and probably shouldn’t be quoted in any scholarly paper.

If you haven’t already guessed, Sakamoto Ryoma (1836-1867) was a prominent Japanese figure in the construction of modern Japan. As a prime leader in the movement to overthrow the Tokugawa shogunate (1603-1867) and bringing about the Meiji Restoration (1868-1912). Sakamoto’s most noted accomplishments lie within his negotiation of peace between Chōshū (aka, today’s Yamaguchi Prefecture) and Satsuma (aka today’s Kagoshima Prefecture), which were two of the most powerful provinces at the time, with even more powerful hatred for each other. This achievement alone earned Sakamoto a designated place in Japanese history, but what did it actually do, and why is Sakamoto so popular even today?

Why is Sakamoto so popular?

Let’s backtrack a bit– Sakamoto was born on January 3rd, 1836 and the youngest among his siblings in a low-ranking samurai family in Tosa (now known as ochi Prefecture) on the island of Shikoku. Despite being a low ranking samurai family, his family was also quite high-ranking businessmen of fabric and brewing, allowing him to learn the fundamentals of business from his family’s influence. On top of that, Sakamoto began to learn about swordsmanship at the age of 14 under the teachings of Hineno Benji, a local samurai, before he set out to refine his skills in Edo (Tokyo) in 1853. There, he trained under another swordsman called Chiba Sakakichi in the Hokushin-ittKo school of the discipline and earned himself a reputation of being a pretty great swordsman.

During that year of trying to be the best samurai known to man, Sakamoto was also a witness to enormous social, cultural and economic change in Japan. That year, Commodore Matthew Perry and the “black ships” of the US Navy rolled into Edo Bay and demanded that the shogunate open up to foreign trade. Since then, Sakamoto decided to devote his life to the cause of sonnō-joi, which is, “bringing the emperor back to power and expelling the barbarians”. Westerners who had flocked into the country since the opening of ports in 1854 became a symbol of power, and Sakamoto envied the technology of the west, all while becoming concerned for the future of Japan.

Admittedly, he was a bit xenophobic and hated the Westerners who wanted to gain access to Japan’s resources. But he was super interested in everything else– the politics, social system, weaponry, and culture of Western modernization. Just to clear things up, Sakamoto was pro-Emperor and anti-Tokugawa, meaning that Sakamoto’s goal was to end the feudal reign and bring Japan into modernity by had previously isolated itself with the rest of the world.

“Wow, no class systems. What a concept!” Sakamoto said (of course we’re paraphrasing), “How is Japan going to move forward if we haven’t moved in the last couple of decades?”.

Well. His time to shine came when he decided his best chance was to unite two of the most influential and powerful provinces at the time: Chōshū and Satsuma and formed a union that was based on a shared detestation against the bakufuku, the Tokugawa government. The negotiation for peace and redirected focus to hating the same entity of people was so successful that *spoiler alert* they pretty much accomplished their goal. After that, it was pretty much “Hello world! It’s us, modern Japan! We have a constitution now!”.

Ok, we might have rushed past some details there at the end but like we said, this wasn’t an official paper or anything, but here are some of Sakamoto Ryoma’s policy highlights:

Like we mentioned, Satsuma and Choshu were historically known to always be at each other’s throats. For decades of each clan being mean to one another, Sakamoto was able to calm them down and rekindle political friendship by shining light on a mutual hatred for the shogunate government.

Reclaiming of Power to the Emperor (1867)

Sakamoto also suggested to the Tosa domain that they should transfer power back to the Emperor, and away from the Tokugawa shogunate led by Yoshinobu Tokugawa. With concrete plans to overthrow Edo, Sakamoto spoke to Satsuma and Chōsū by saying that Tosa had plans to create a new country but was not in a position of fighting. From there, Sakamoto’s proposal was accepted and plans to fight against Tokugawa proceeded. With further intimidation from Sakamoto, Satsuma and Chōsū, Yoshinobu Tokugawa backed out of the war and handed power back to the Emperor.

One of Sakamoto’s more memorable plans was the eight-point plan that was used to influence the principles of Japanese modernization in the Meiji Era (1868-1912) and save Japan from its Meiji-political issues. This eight-point plan included amendments political parties and structures, reviewed unequal treaties and established a new Meiji-constitution (adopted from the American constitution), which Japan still abides by today.

If you want to learn more about our old mate Sakamoto Ryoma, we recommend going to his hometown in Kochi Prefecture and checking out Act Land– an amusement park that covers art, culture and technology in Japan’s history. In this museum, there’s a particular exhibit that only focuses on Sakamoto’s life. 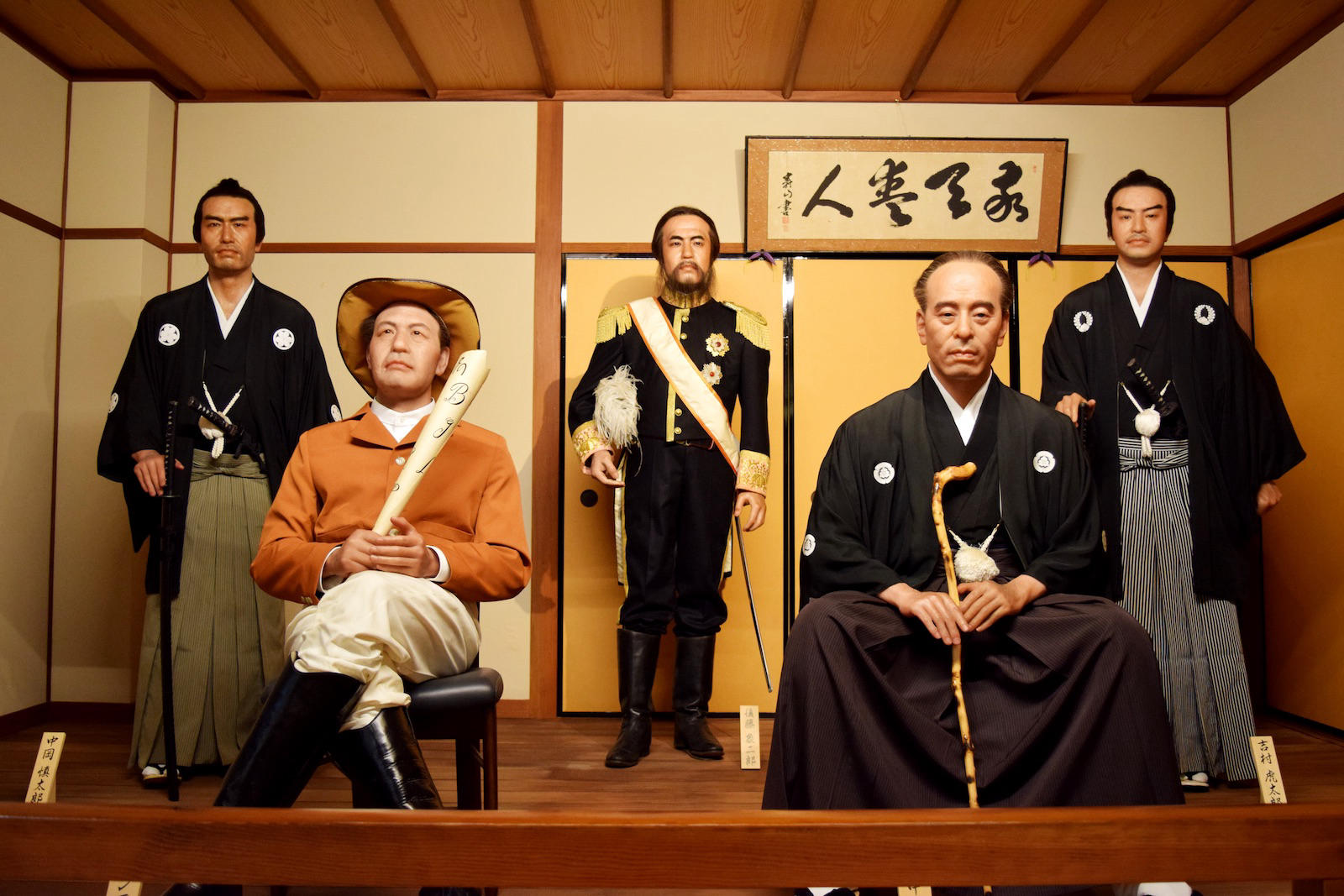 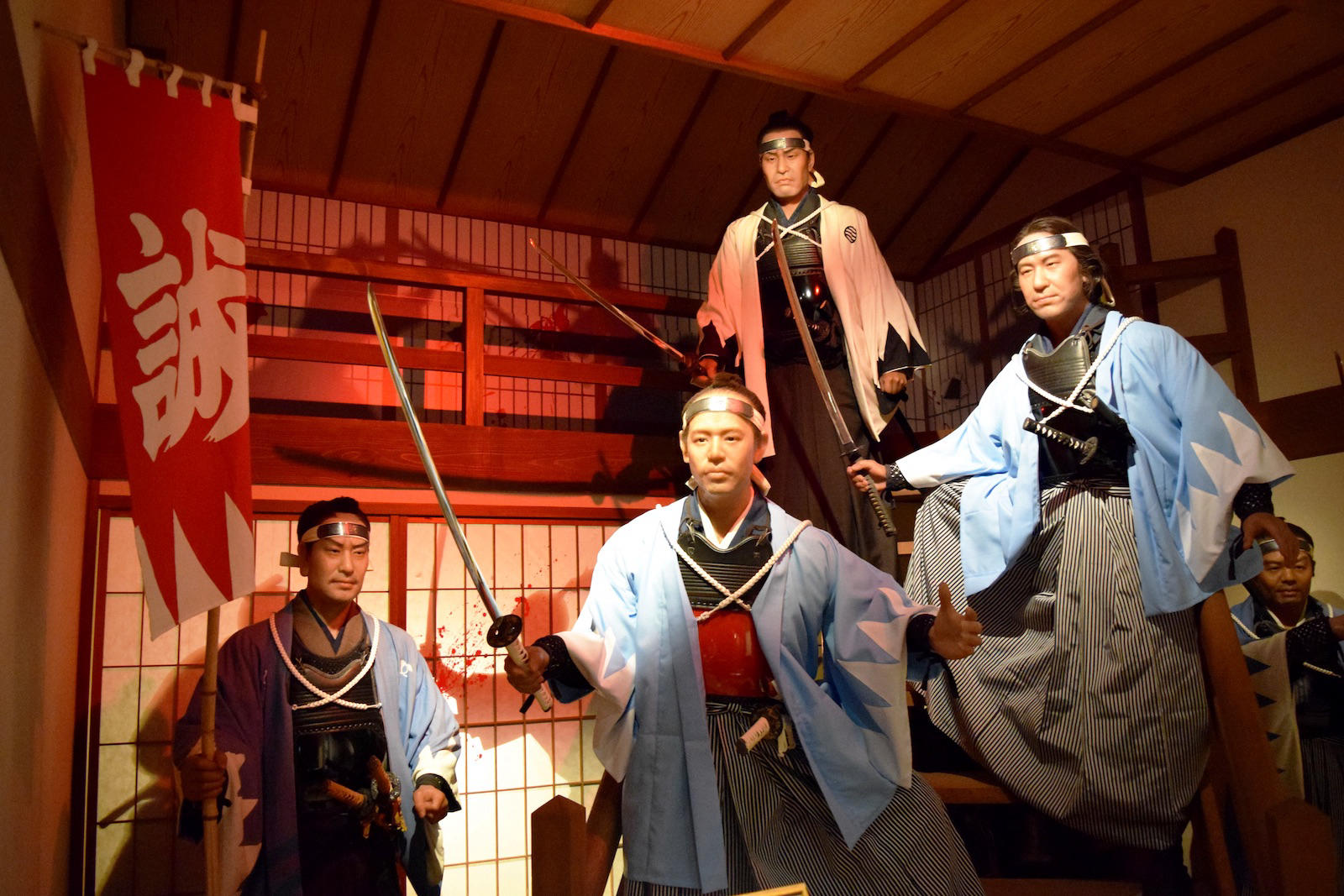 This exhibit includes wax figures that are so realistic that’ll get you thinking “oh wow! I can be at the beginning of the Meiji Restoration too!”. Seriously though, the setups are very realistic and outline even the smallest bits of Sakamoto’s life, like when he fell in love or when he was assassinated. Not going to lie, history involves a lot of tragic deaths, and you might see some of these recreated scenes that express that, so be warned.

If that gets you wanting to check out Act Land, how about I throw in this little gem: the staff dress up as samurai and can spit out heaps of facts about Sakamoto (but only if you want it). 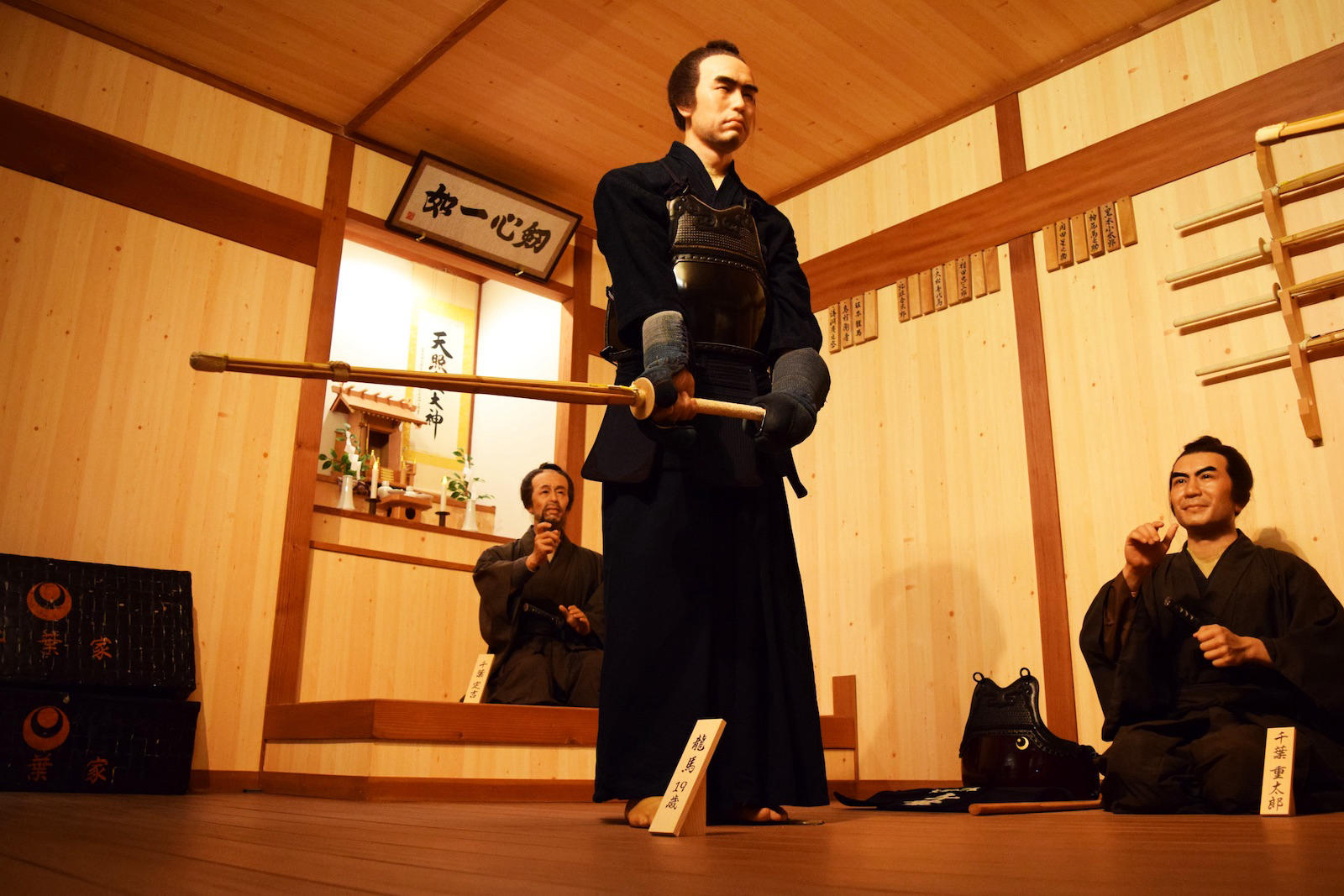 Located close to the Kameyama Shachu Museum, this statue commemorates Sakamoto Ryoma, a prominent figure in the movement to overthrow the Tokugawa shogunate bet

Sakamoto is a grocery shop on a little side street in Yokohama's Chinatown.

Himeji Green Hotel Sakamoto is located within 1.5 km from JR Himeji Station and the Himeji-jo Castle. It offers modern accommodation with free parking and free

Katsurahama is a beach where the statue of Sakamoto Ryoma, prominent Tosa samurai of the Edo period, is located.

This memorial museum is a restoration of the building that housed Kamayama Shachu, a shipping company established by Sakamoto Ryoma who was a prominent figure i