Visit an Authentic Japanese Fish Market Before it's Too Late

In October 2018, Tokyo's Iconic Tsukiji Fish Market finally closed its doors after 83 years of operation in order to move to a more modernized, earthquake resistant facility 1.5 miles down the road.

The closure marked the end of an era to a landmark that had become one of Japans most unlikely major tourist attractions. At its peak, Tsukiji fish market would see thousands of daily visitors willing to arrive before sunlight to get a glimpse of the daily auctions where, on average, 21 million dollars worth of fish would be purchased and where someone once paid $1.76 million for a single tuna .... no wonder it was commonly referred to as 'The Wall Street of Fish'.

The popularity of Tsukiji is often attributed to two key factors; the promise of some of the freshest and finest possible seafood from a number of restaurants located on the site and the unique insight into a vital component of the Japanese economy, where methods, features and practices had remained untouched for decades.

The closure of Tsukiji means that for many visiting Tokyo, the chance to experience the authentic hustle and bustle of a traditional Japanese fish market may have passed, but fear not, there are still a number of easily accessible locations across Japan where it's very much still possible.

One, in particular, is the Kagoshima Fish Market, where a number of local hotel owners have collaborated in order to provide visitors with a one of a kind tour for anyone who wishes to fully experience and lear about all aspects of a traditional Japanese fish market.

Opened in 1953, The Kagoshima Fish Market has all the ambiance of Tsukiji in its heyday. The benefit of joining the guided tour is that you will be able to get up close with all aspects of the market's business cycle. From witnessing the morning's catch coming in fresh from their vessels to being tossed into crates, before being whisked off via forklift truck to the auction rooms where wholesalers battle rigorously to get the best price for their customers. 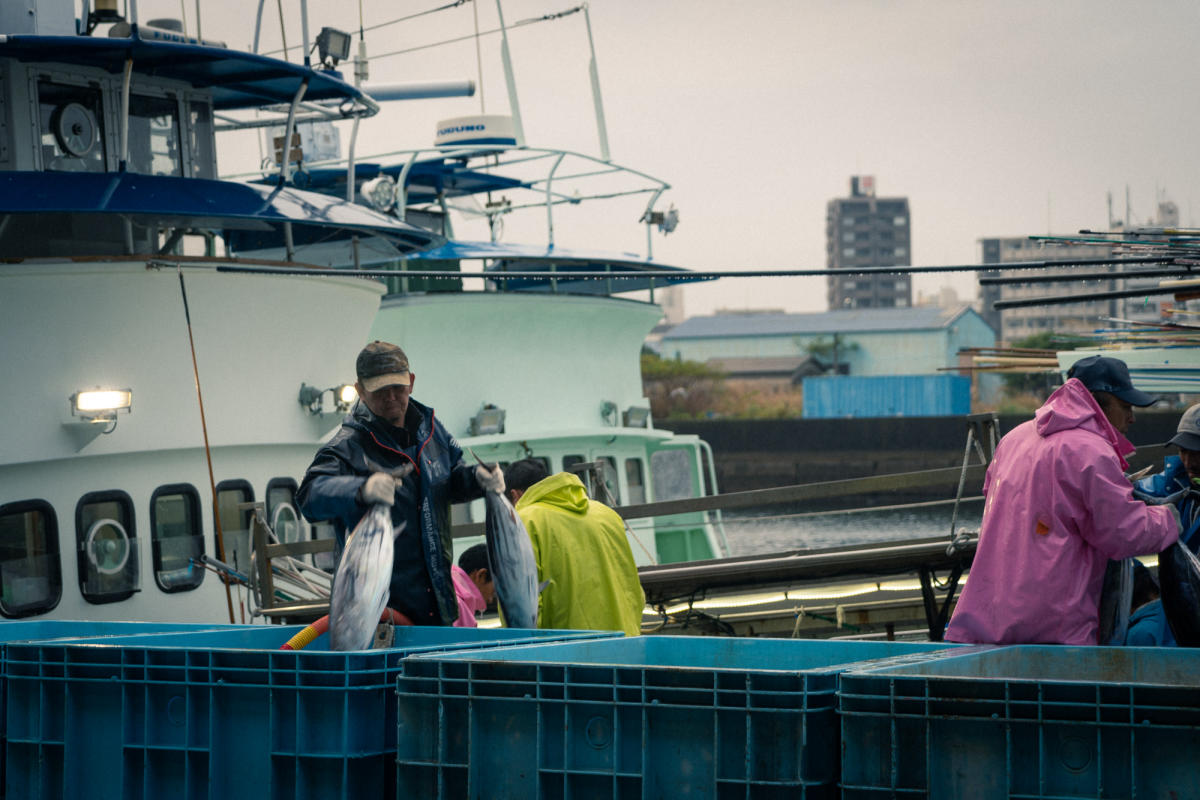 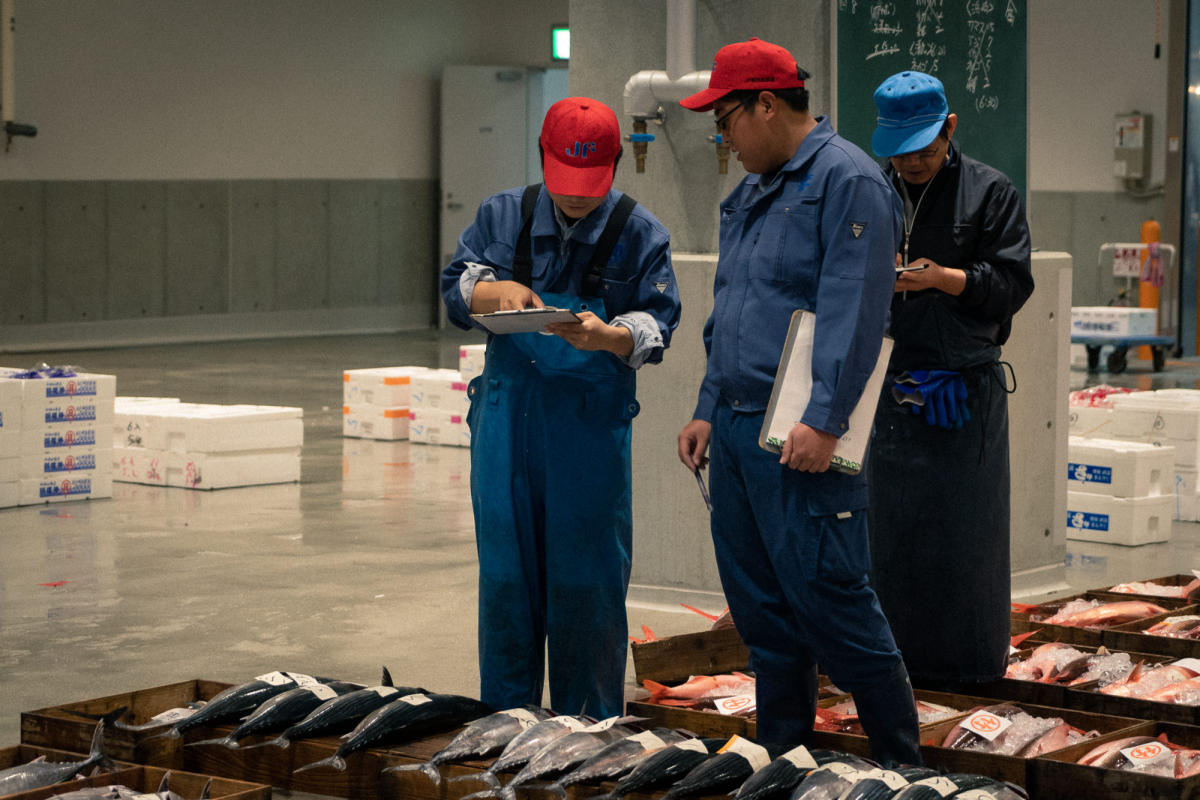 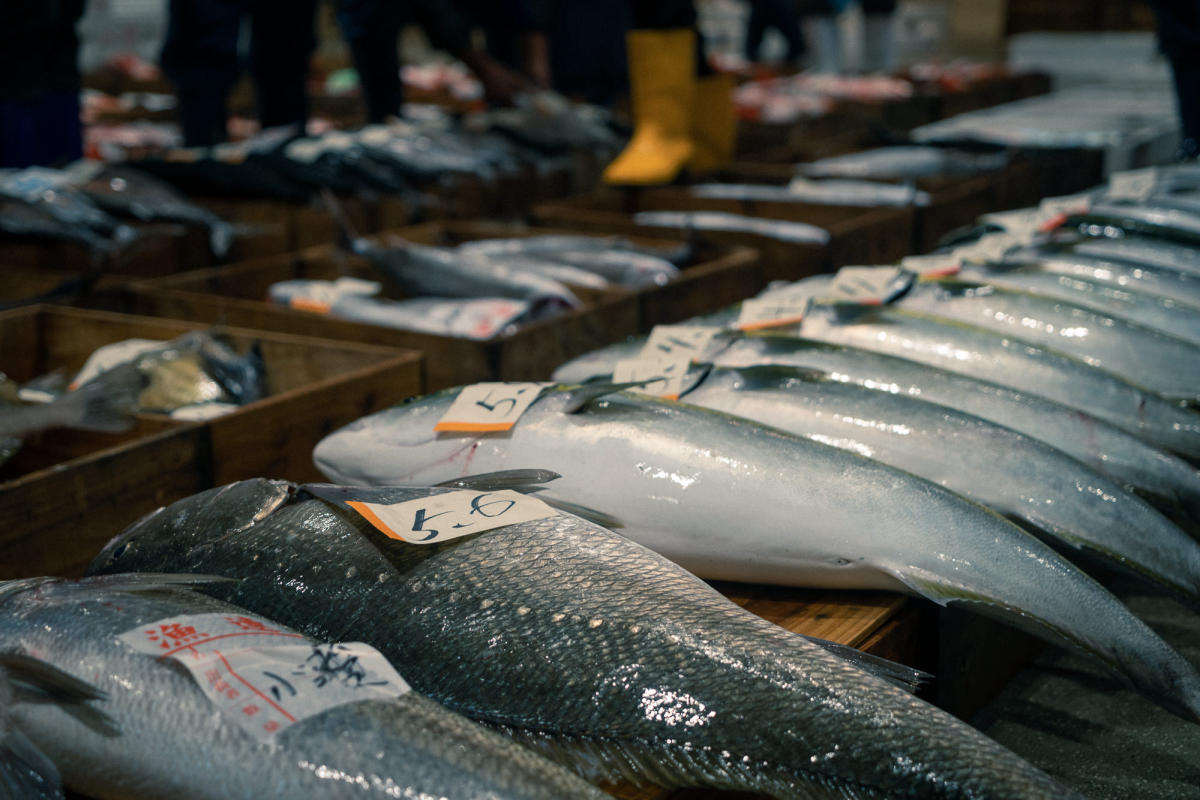 The tour guides are very knowledgeable regarding all aspects of the market, from the types of fish available and how they're caught to explaining how the seemingly chaotic nature of it is actually more of a harmonious symphony, something that becomes astoundingly clear once you are familiar with all of the different roles and specific tasks that each type of worker there has. 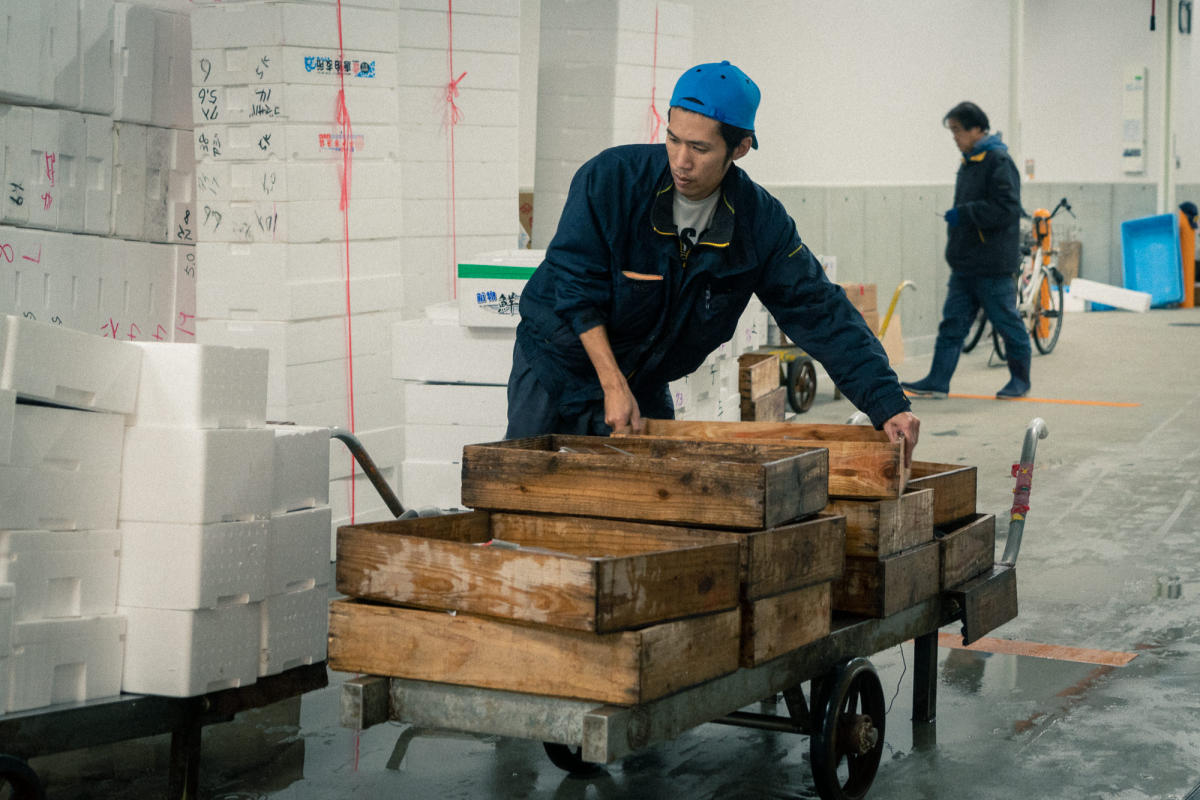 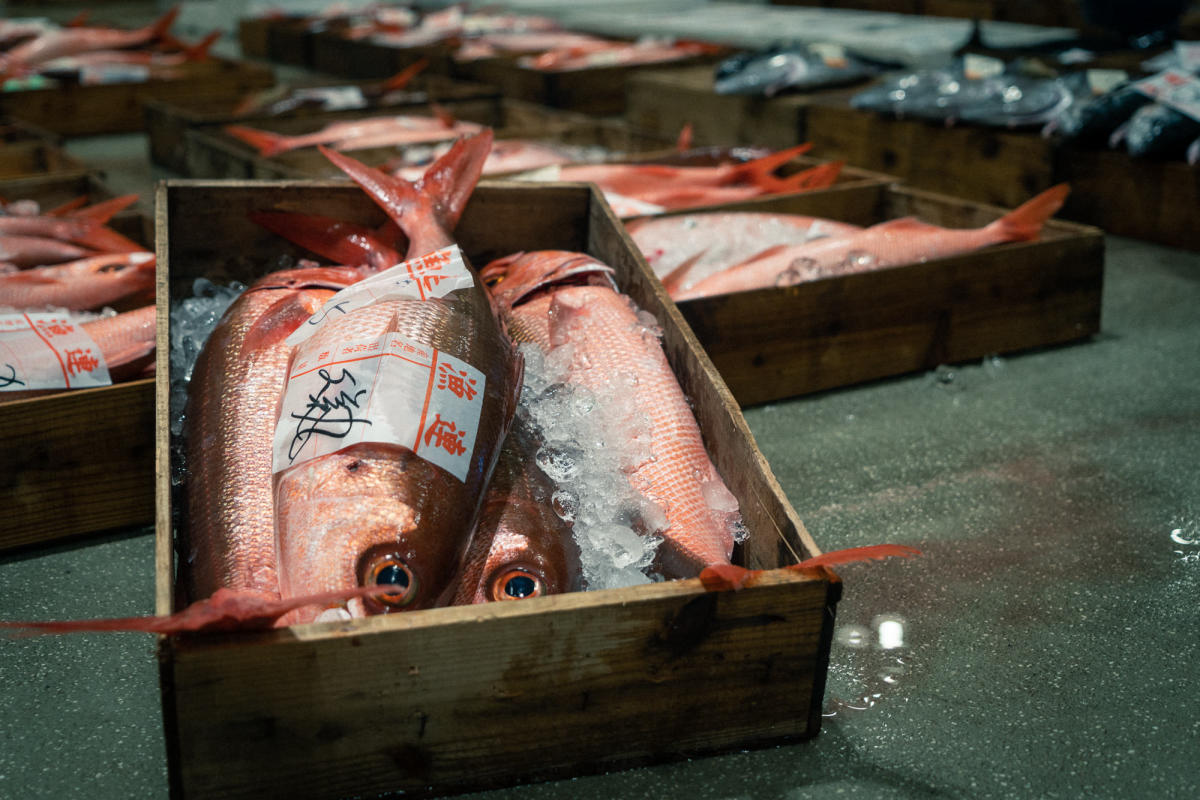 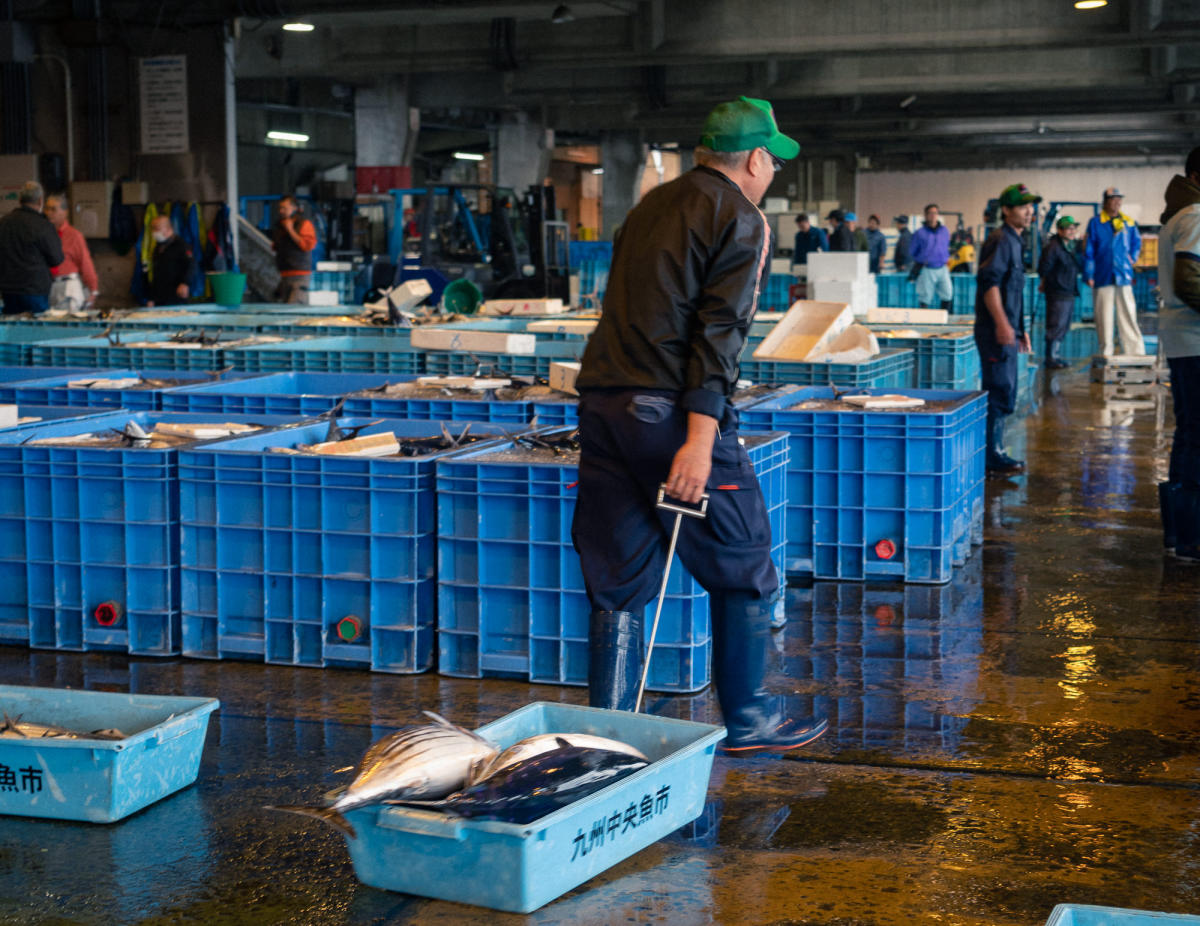 Once you have experienced the commotion of the auction area, it's time to savor some of the freshest seafood that your every likely to try. On the way to the three restaurants which the market provides, you'll pass through a number of mobile food trucks where you can witness skilled business owners meticulously filleting and preparing what they have just purchased from the market's wholesalers. 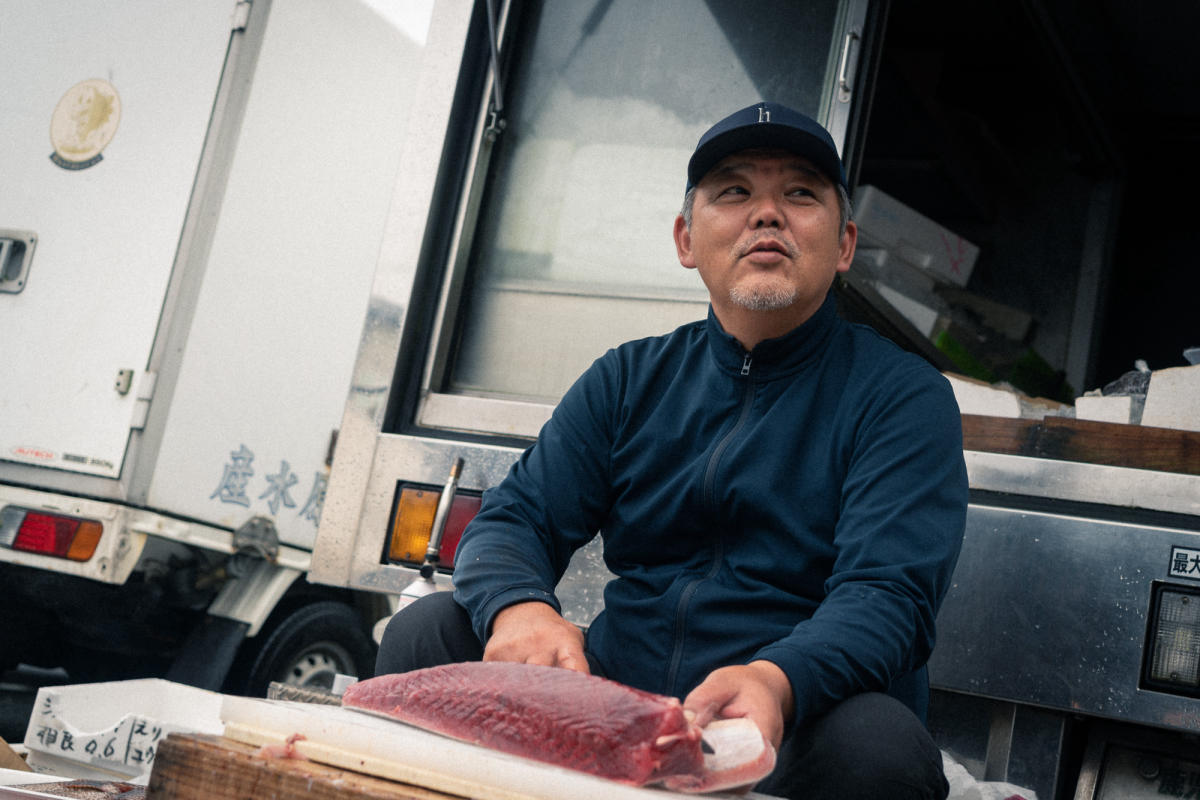 Like Tsukiji, the Kagoshima Fish Market is also modernizing and is slowly moving across all aspects of its business to a newer building on the same site. If you are planning a trip to Kagoshima, be sure to join one of the weekly fish market tours while the original market site is still in use!

Located a two hour flight from Tokyo and priced at ¥2,000 per person, with guides fluent in English, visiting Kagoshima fish market is a wonderful way to spend a morning and provides a unique insight into an essential piece of Japanese culture which is gradually disappearing.

Previously known as the Tsukiji Fish Market, Toyosu Fish Market is now the world’s largest wholesale fish market, which houses a daily tuna auction at the wholesale section. The famed Tsukiji Fish Market restaurants stalls are now at Toyosu, which is a great place where you can eat the freshest seafood rice bowls, ramen, and other local delights.

Shimizu Fish Market Kashi no Ichi is a fish market located near Shimizu Port in Shizuoka.

Offering nothing but fresh fish that has been caught the same morning, this fish market is full of seasoned fish marketers. The direct market offers a whole ran

The Furukawa Fish Market is located south of Aomori station. It is famous for Nokkedon, a local rice dish with fresh fish.

The famed Tsukiji Market has finally run its last leg of 83 years this week, and has shut down its doors for the last time before making the move to Toyosu.