Your Unlimited Rail Pass to Nagano, Kanazawa and beyond!

Head to hokuriku with THE UNLIMITED RAIL PASS THAT OPENS UP A WORLD OF CULTURE AND GASTRONOMY IN NAGANO, KANAZAWA, AND BEYOND! 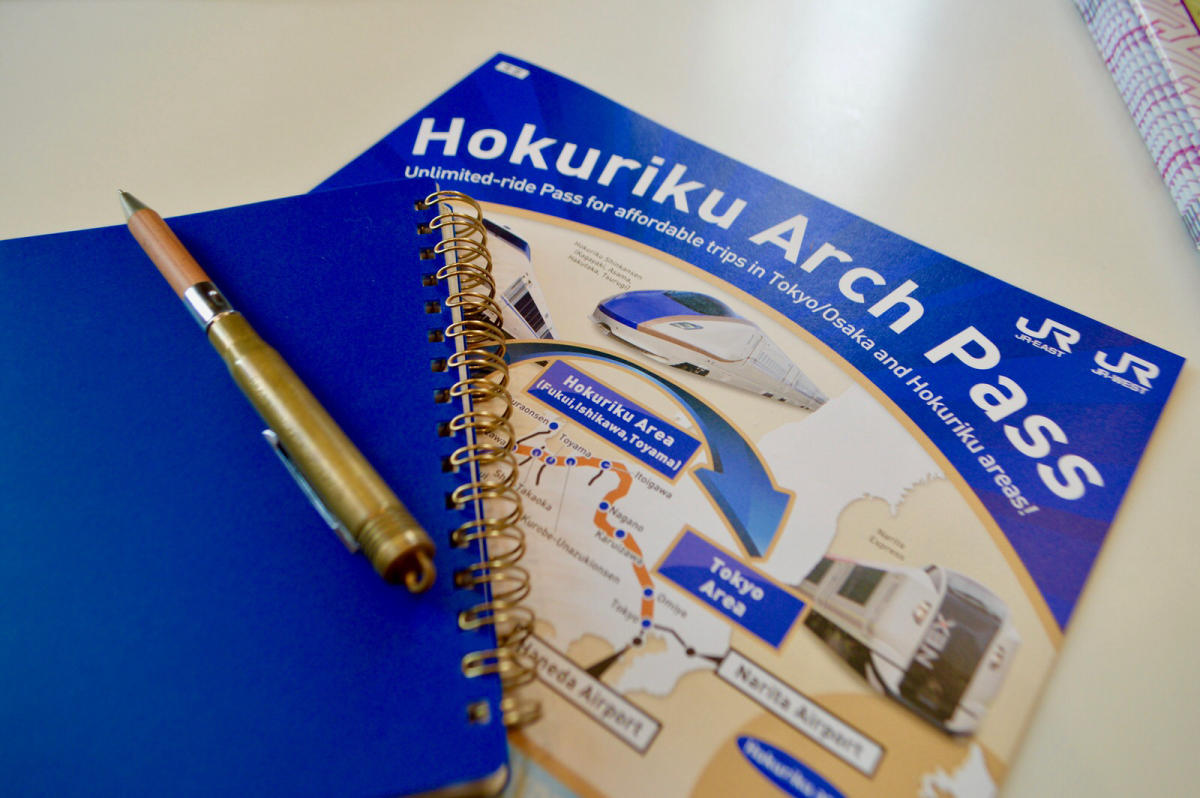 The Shinkansen that speeds you from Tokyo to Kyoto, Osaka, and beyond has long been a must-ride for first-time visitors to Japan. But what many people don’t know is that, historically, the route by which both people and goods moved across the country—between Edo (now Tokyo) and the old capital of Kyoto—actually arched across the northern part of the Hokuriku region of northwestern Japan.

It is no surprise that this original arch is studded with cultural hubs, each with a distinctive flavor all its own. Today, you can take this fantastic journey for yourself with the affordable Hokuriku Arch Pass, which allows unlimited travel on this route using a variety of high-speed trains.

Join us as we venture on this historic path, past Karuizawa to Nagano, where our first stop is the samurai town of Matsushiro.

A Portal Back to Feudal Japan 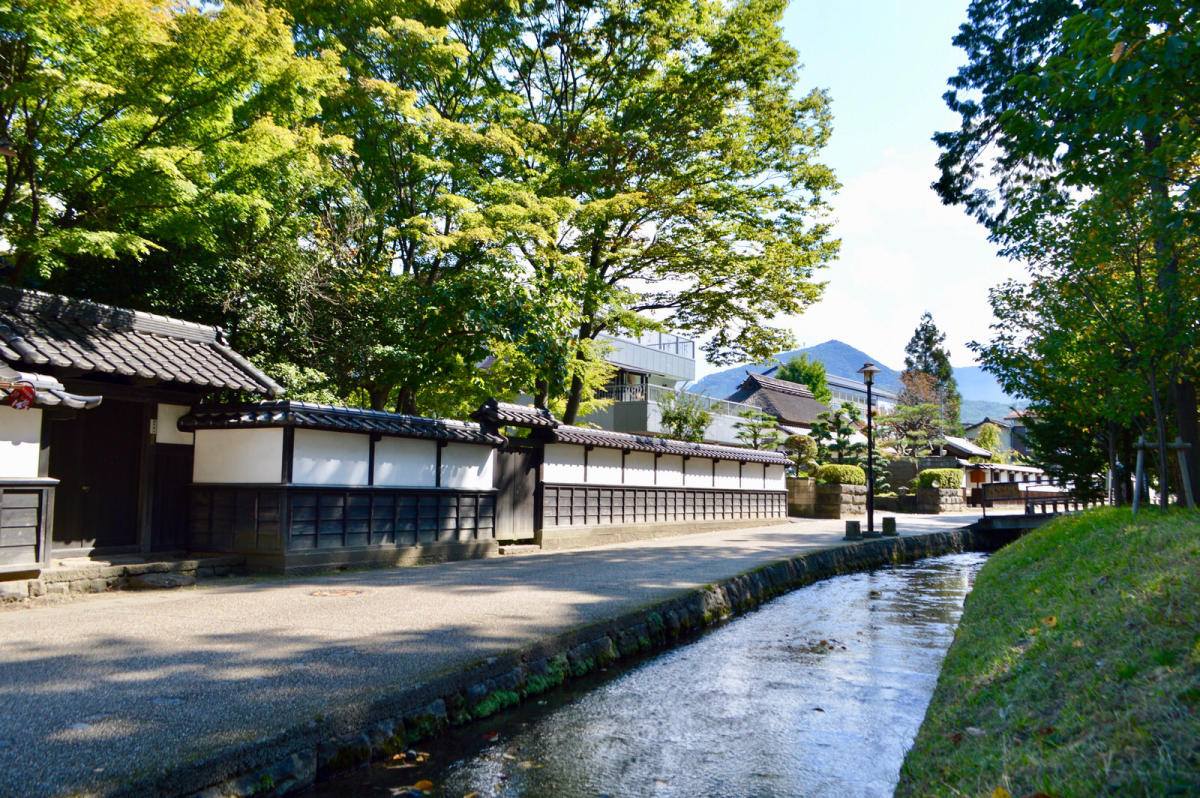 A short 30-minute bus ride from Nagano Station, the enduring samurai town of Matsushiro is only about two hours from Tokyo but feels like another world. 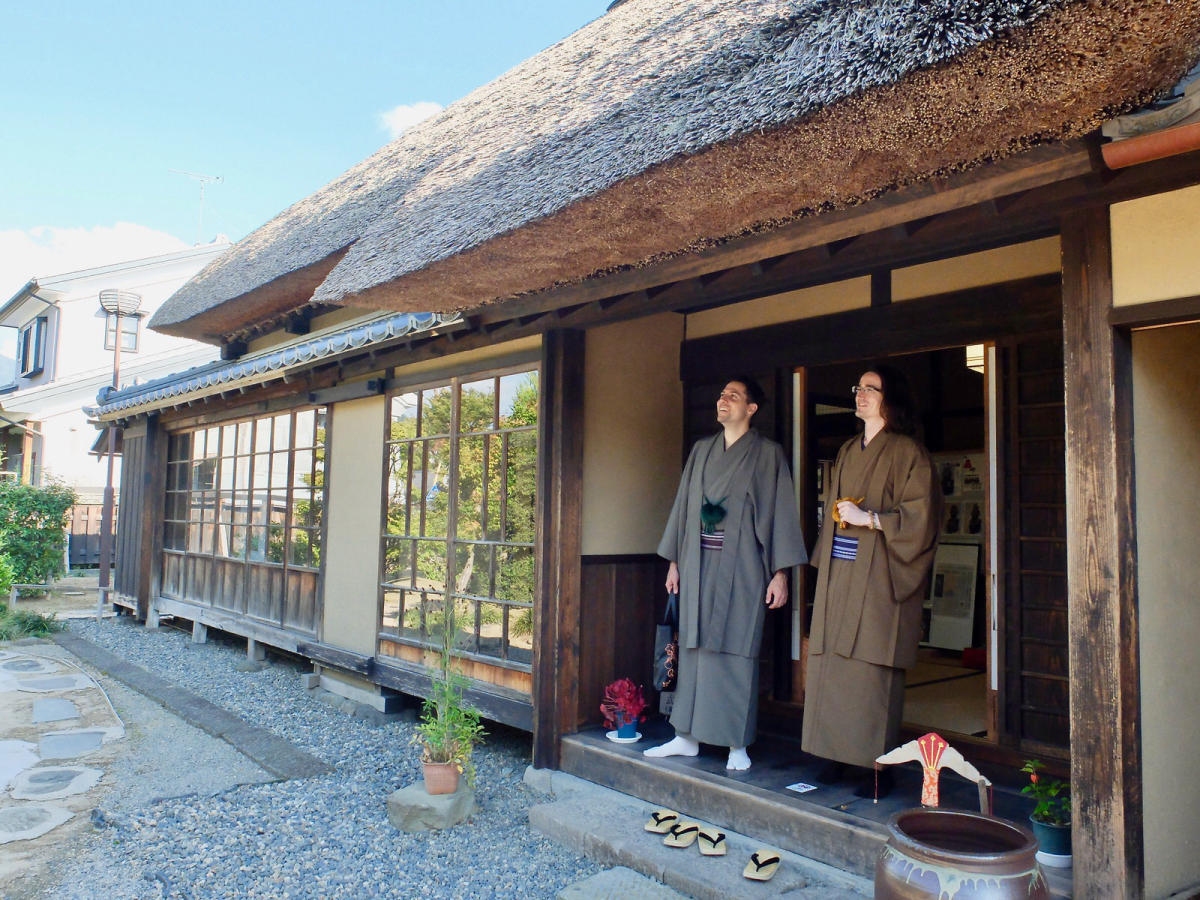 Among the buildings that remain largely unchanged since the Edo Period (1603–1868), you can get in the samurai-era spirit by donning armor or traditional kimono attire while wandering the same streets walked by warriors of old. For a taste of battle, try your hand at tosenkyo, a fan-tossing game that was popular with warriors as a way to relax when away from the battlefield. The Matsushiro Walkers group has organized the activity in English so that all visitors can join in the fun. 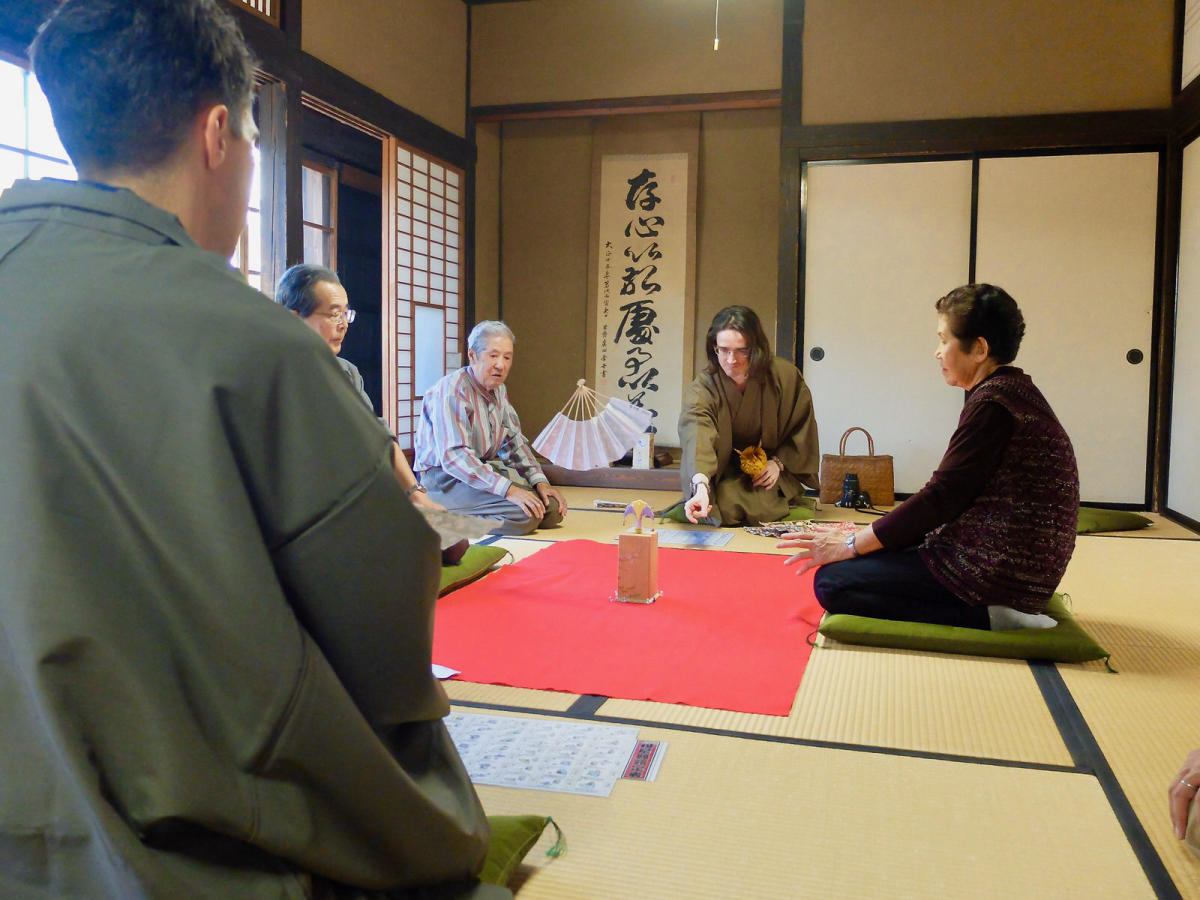 After indulging your competitive urges, stop for lunch at Teramachi Shoka, a restaurant located on the grounds of a beautiful Edo-period merchant house. On certain days, Matsushiro locals come in as guest cooks and arrange their own menus, meaning you can enjoy authentic local gastronomy while admiring the quiet beauty of the adjacent Japanese garden.

Boost Your Stamina with Nagano Apples! Nagano is Japan’s second-largest apple-producing prefecture. Wherever you go, you will spot the delicious fruit in the fields that flank the roads. There are orchard picking experiences to be had by the bushel, and a proverbial tasting menu of varieties to taste. 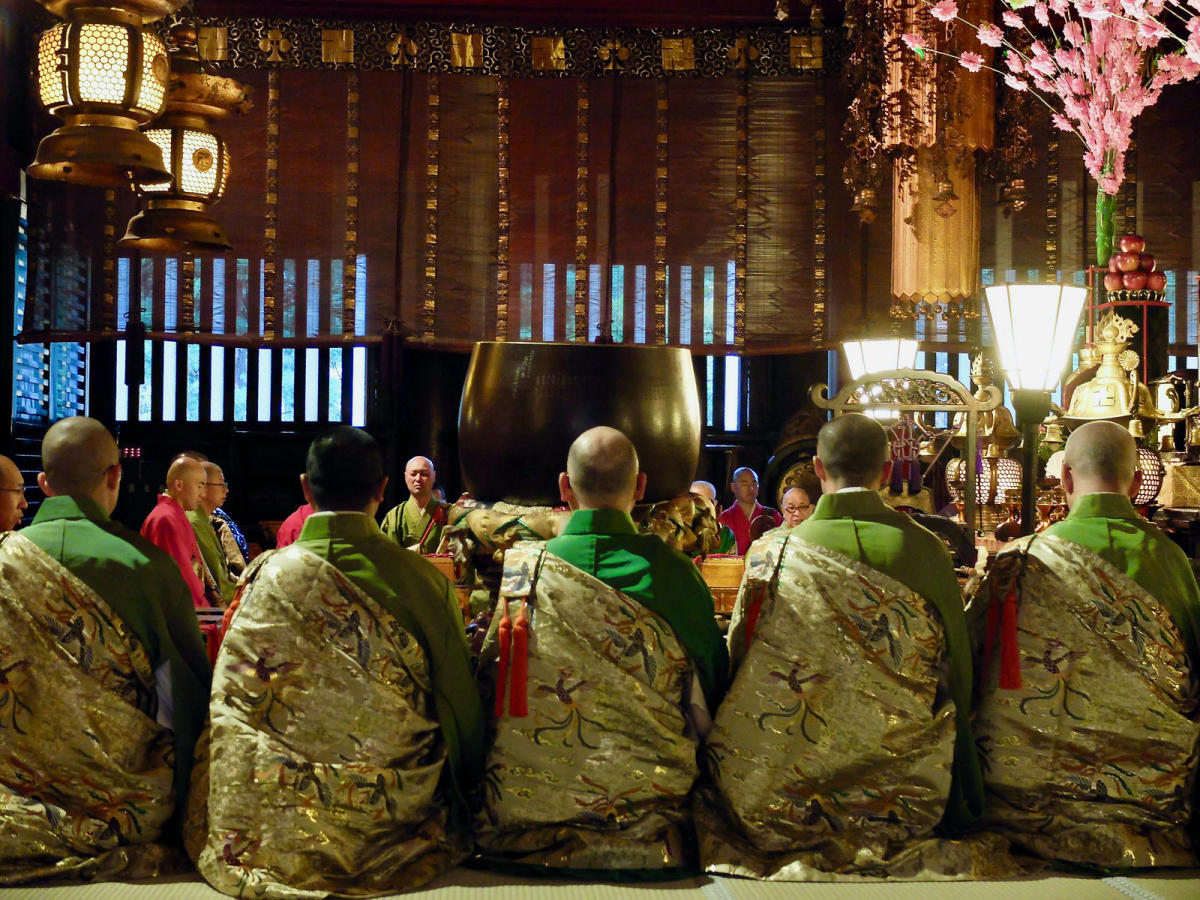 While most of the area grew out of warrior culture and castle towns, Nagano itself was a temple town centered on the awe-inspiring Zenkoji. For a real pilgrimage experience, stay in humble temple lodgings called shukubo and attend morning prayers. For foodies, the highlight of shukubo is shojin ryori—traditional Japanese Buddhist cuisine prepared without meat or fish (though occasionally eggs are used) that still boasts surprisingly strong flavors, such as garlic.

Back on the shinkansen, the next stop is Kanazawa, which is often compared to Kyoto. But whereas Kyoto was the seat of the Imperial court, Kanazawa was very much a warrior city—and the longer you stay here, the more you will see that difference shine through. 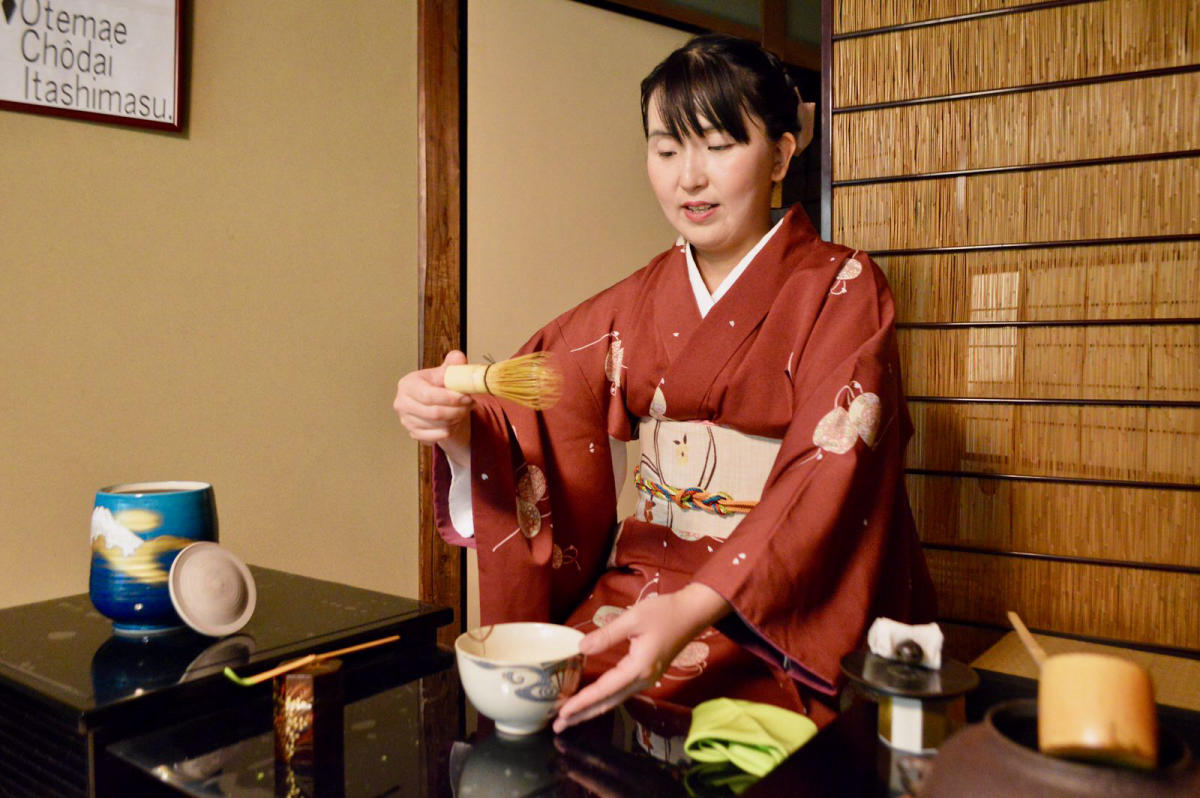 Stroll at your leisure through the Nagamachi Samurai District, which boasts many gardens as well as the oldest tea house in Kanazawa, before hopping on a bus and taking tea at Nishida-ke Garden Gyokusen-en. The English-speaking tea masters will guide you through the distinctive ceremony of serving green tea and delicious local wagashi (traditional Japanese) sweets before you lose yourself in the remarkable gardens beyond.

The Art of the Geisha

To further unlock the culture of feudal Japan, explore the Higashiyama Higashi Chaya District and Ochaya Shima, which was a favored pleasure quarter of the rich merchant class. While tea house in name, it was actually an establishment for drinking Japanese sake (rice wine) in the company of a cast of geisha. 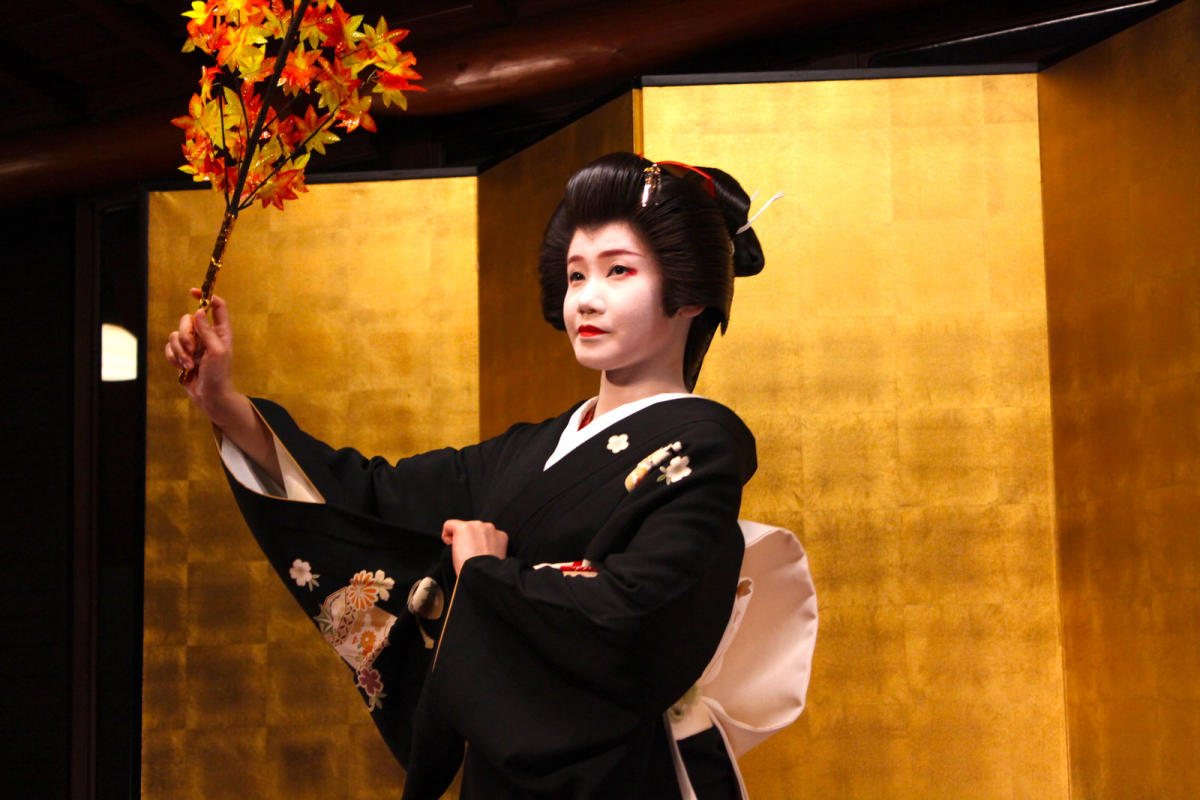 Geisha Evenings in Kanazawa are held at the historic Kaikaro teahouse.

This geisha tradition continues to the present day, and most recently is even held in English. At Geisha Evenings in Kanazawa events—which take place during spring and autumn—you can enjoy the authentic geisha experience, narrated by the charming landlady Lady Baba, at the traditional time-honored teahouse Kaikaro. 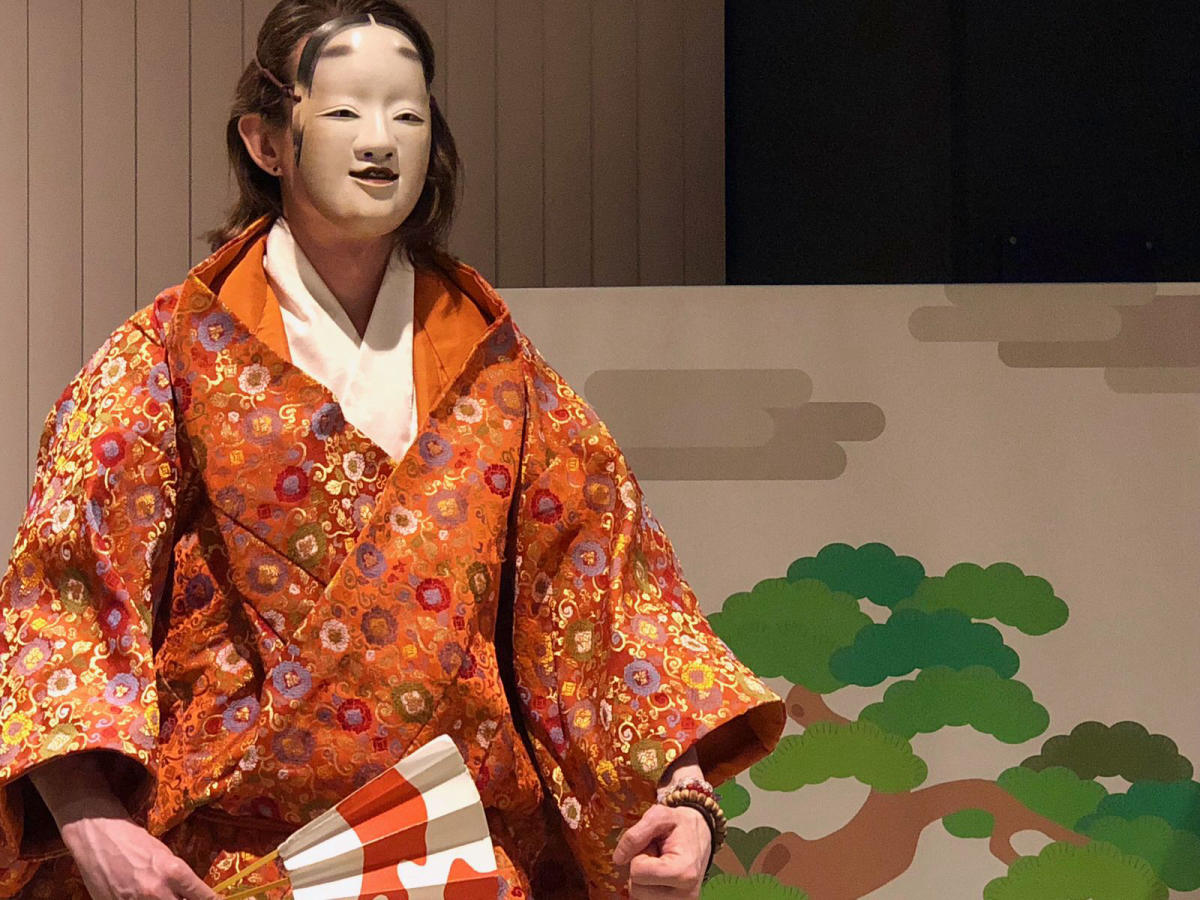 If that has got you hungry for more arts, the Kanazawa City Cultural Facilities pass—available in one-day (¥510), three-day (¥820), and annual (¥2,050) versions—offers access to countless cultural hubs. This includes the Kanazawa Noh Museum, where you can don Noh masks and be transformed into a performer! 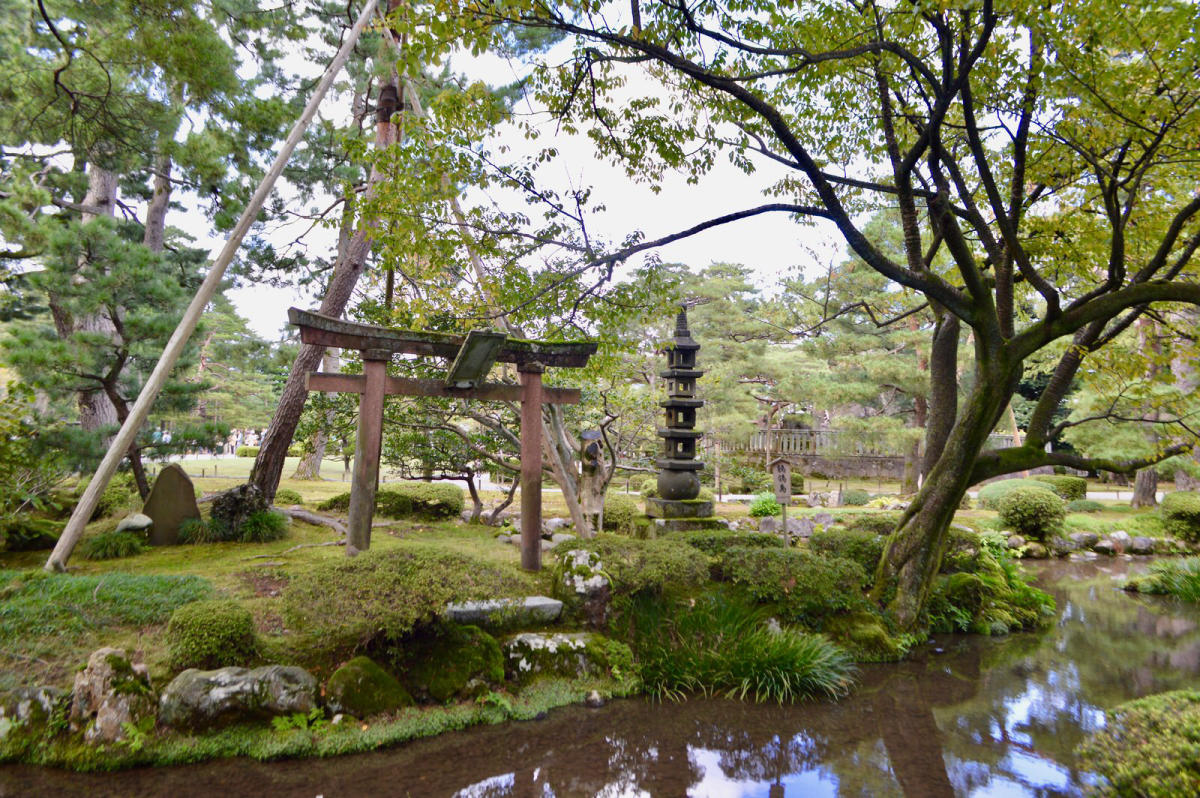 It goes without saying that a trip to Kanazawa would not be complete without a visit to the historic Kenrokuen Gardens and connected properties, including the eccentrically decorated Seisonkaku villa, which connects you to warrior life a world apart from the court of Kyoto.

Located in Kanazawa’s picturesque Ono district, Yamato Koji Park is a must-visit for anyone interested in learning about Japan’s food fermented with koji mold, such as soy sauce and miso. 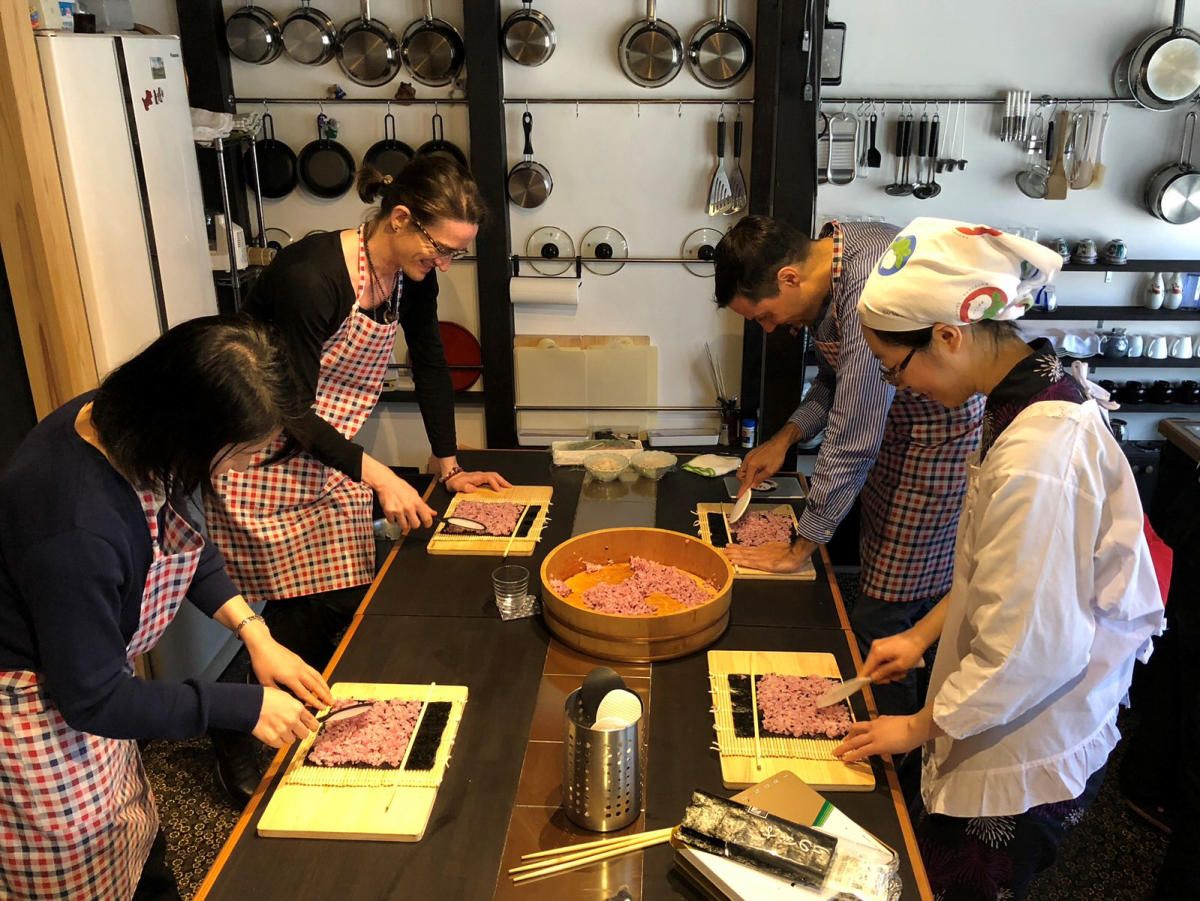 Once you’ve learned about koji—and have probably enjoyed a tremendous amount of good Japanese food—why not learn how to make some dishes using the ingredient yourself?

Situated in a charming old Kanazawa machiya (townhouse), Cooking Studio Kanazawa Salon opened recently as the first and only koji-focused cooking class for visitors from abroad. The friendly bilingual staff will make sure you leave ready to cook delicious and healthy Japanese recipes.

There is so much more to see and taste, so charter your very own Hokuriku route and discover the original historic path from Tokyo to Kyoto and beyond.

The Hokuriku Arch Pass is valid for seven consecutive days. When purchased outside Japan, it costs ¥24,000 for adults and ¥12,000 for children aged 6–11. The pass even covers travel to and from Narita International and Kansai International Airports, so it really is the only pass you will need.

For more details, visit the Hokuriku Arch Pass Official website and West JR to find out how you can get yourself to Hokuriku!

The Hokuriku Arch Pass and How To Use It

Highlights of HokurikuThe Hokuriku Arch Pass is a 7 day unlimited ride pass from Tokyo to Osaka via the Hokuriku area (Nagano, Niigata, Toyama, Kanazawa and Fu

Going green - is the JR Rail Pass green option worth it?

If you're planning out your Japan vacation, it's likely that you'll be contemplating whether to get a JR Rail Pass or not. They're an excellent, cost effective

The JR Pass: What it can do for you

Japan Rail Pass For those of you planning a trip to Japan, you may consider purchasing a JR Pass that can possibly save you money while traveling throughout thi

Kanazawa Maimonsushi customers can view the chefs at work over the counter. The restaurant is located in Kanazawa Hyakubangai Anto in Kanazawa station.

From Hiroshima to Osaka: Making the Most of a Rail Pass

Hiroshima and Osaka are both extremely popular stops for visitors to Japan, and there are rail passes offered by JR West to help cover some of the costs. I will

If you wanna travel around Japan on a small budget the easiest way for tourists is to use the Japan Rail Pass or some of the other rail passes for tourists.But