The Real Truth About Ninjas

Few aspects of Japanese history have captured the imagination and fascination of a global audience as much as that of the ninja. The 1967 theatre release of James Bond's 'You Only Live Twice', based on the popular Ian Fleming novel of the same name, thrust the idea of the ninja into popular Western culture, where it has firmly remained ever since.

Featuring in countless movies, video games and perhaps most notoriously as a popular animation including four reptiles named after Italian renaissance artists, it seems that ninjas have been able to retain a high level of global interest for a number of years, but how accurate are these portrayals to what is known about real ninjas?

We hate to break this to you, but more often than not, they're not very accurate at all. This article will take a look into some of what is generally accepted about actual ninjas, based on historical evidence and compare it to stereotypes and misconceptions in popular culture. We'll also highlight some sights of historical ninja relevance in and around Iga City that people who are looking for a truly authentic ninja experience can still visit to this day.

The first thing that we probably need to get out of the way is that they didn't ride skateboards, eat pizza and yell cowabunga, which, as hard as that is to believe, I'm afraid that you're just going to take our word for it.

history of the Ninja

Much of what is known today regarding actual ninja activity is taken from preserved scrolls of the Sengoku Period (1467 - 1600). Historians have found references to ninja activity as early as the 12th century and in the Nanbukucho (1336-1392) and Onin Wars (1467-1477), however is was only in the Sengoku period where their use became more widely known, with the emergence of the two major neighboring ninja clans; the Iga and Koga.

THE IGA AND KOGA CLANS

Prior to the establishment of the Iga and Koga ninja clans, it is thought that ninjas were often lower class commoners with little to no formal training, hired as mercenaries by powerful samurai in order to undertake tasks which were deemed too dishonorable for them to do themselves.

Iga province and the neighboring village of Koga, firmly established themselves as centers for teaching the art of 'Ninjutsu', producing professional ninjas specifically trained for the tasks they were expected to undertake.

It is widely believed that several factors played a role in Iga Province emergence as Japan's hub for ninja training, these include:

The Kii mountain range provided a natural barrier against enemies and made the area difficult to access, allowing the area's ninja schools to operate and grow in secret.

To get an idea of the terrain in the area, we highly recommend visiting the Otogi Touge Pass. This passage connects Iga City's Nishiyama to Tarao in Koga and is believed to be the site of huge historical importance as Tokugawa Ieyasu supposedly passed through with the aide of Iga and Koga ninjas, including Hattori Hanzō (referenced in Quentin Tarantino's Kill Bill). As the area was very rural, there was not a history of warlords taking much of an interest in it. This left Iga and Koga to grow as an independent communities, with a necessity to focus on protecting themselves as they deemed appropriate.

Interestingly enough, Japanese folklore also makes a reference to the area, in what many believe to be the real birth of the ninja. The medieval military chronicle Taiheiki, The Chronicle of Great Peace, details the war that the noble Fujiwara family waged upon the imperial court during the Heian period (794 - 1185). Fujiwara Chikata is said to have summoned four 'Oni' (demons) to help his cause and to infiltrate and distress the imperial army, with many believing that these were actually the first ninjas.

What's really cool about this story, is that ruins of the Fujiwara Castle still exist and can be accessed by anyone who is curious enough to want to visit. 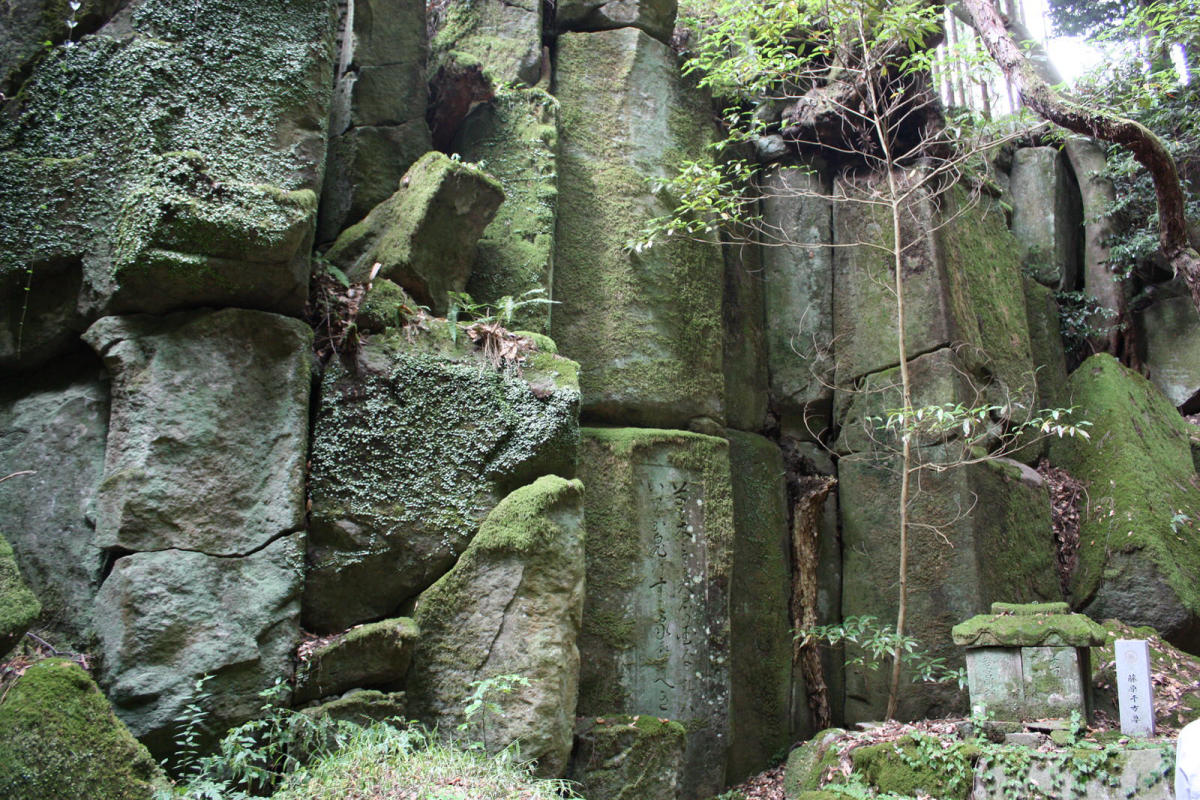 References to the clans of Iga and Koga occasionally come up in Western culture, in fact anyone who played the incredibly popular video game 'Zelda Breath of the Wild' may recognize the names from the ever present 'Yiga' ninja clan and their leader 'Master Kohga', and lets be honest, the photo above looks like it was taken straight out of the game!

Contrary to popular belief, the word 'Ninja' was not widely used during the time when ninjas were actually active. The most commonly used name for those involved in ninja activity is thought to have been 'Shinobi no mono', shortened to 'Shinobi', recently acknowledged in Western culture via the video game franchise of the same name. The term 'Ninja' is a different reading of the same Chinese characters (忍者), which translates to 'He who perseveres'.

There is evidence of several other names used to address ninjas during the Sengoku period, one being 'Iga mono', literally, 'He who is from Iga'.

THE ART OF NINJuTSU

Ninjutsu seemed to focus primarily on espionage and stealth and although is it generally agreed that martial arts training was a component of it, it was by no means its focus. Ninjutsu provided ninjas with training in areas such as infiltration, code breaking, spreading misinformation and sabotage.

Within the three main original ninja texts which still exist today (the Bansenshukai, Ninpiden and Shoninki). There is no mention of unarmed combat, meaning that any modern day 'Ninjutsu' martial arts schools are not authentically linked to any practices or techniques actually used by ninjas. Another popular misconception is that all ninjas were trained assassins.

The mountains surrounding Iga Province were considered a sacred place within the Buddhist religion. To this day, local villages still display Buddha statues from the Heian period, confirming that Tantric Buddhism of the Tendai sect of Buddhism was once prevalent there.

Two of the most famous ninja families from Iga are the Fujibayashi and Hattori Clans, each of which practiced Shinto-ism and worshipped at shrines which are still active today.

The Fujibayashi Clan worshipped at the Tejikara-jinja Shrine. Fujibayashi Nagato, a leader of the Iga ninjas during the 16th century, was especially well versed in fire-based practices which is commemorated each year with fireworks festival at the shrine. 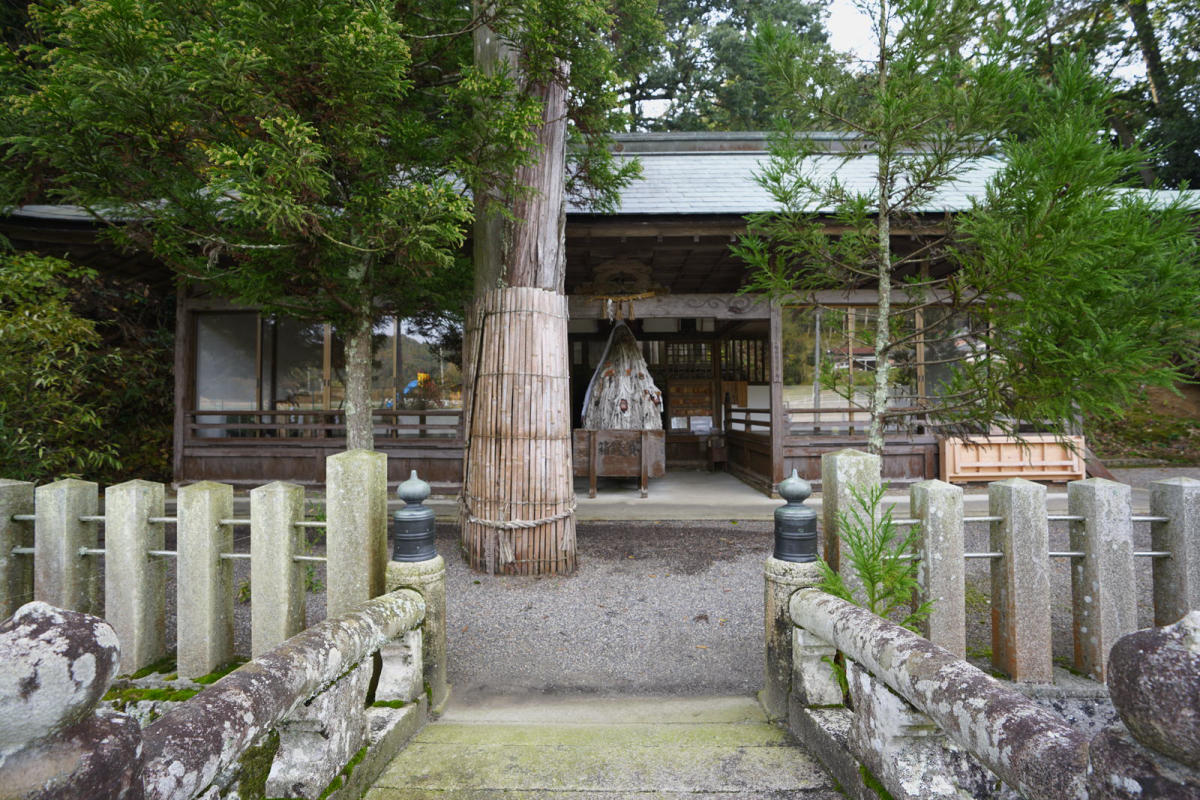 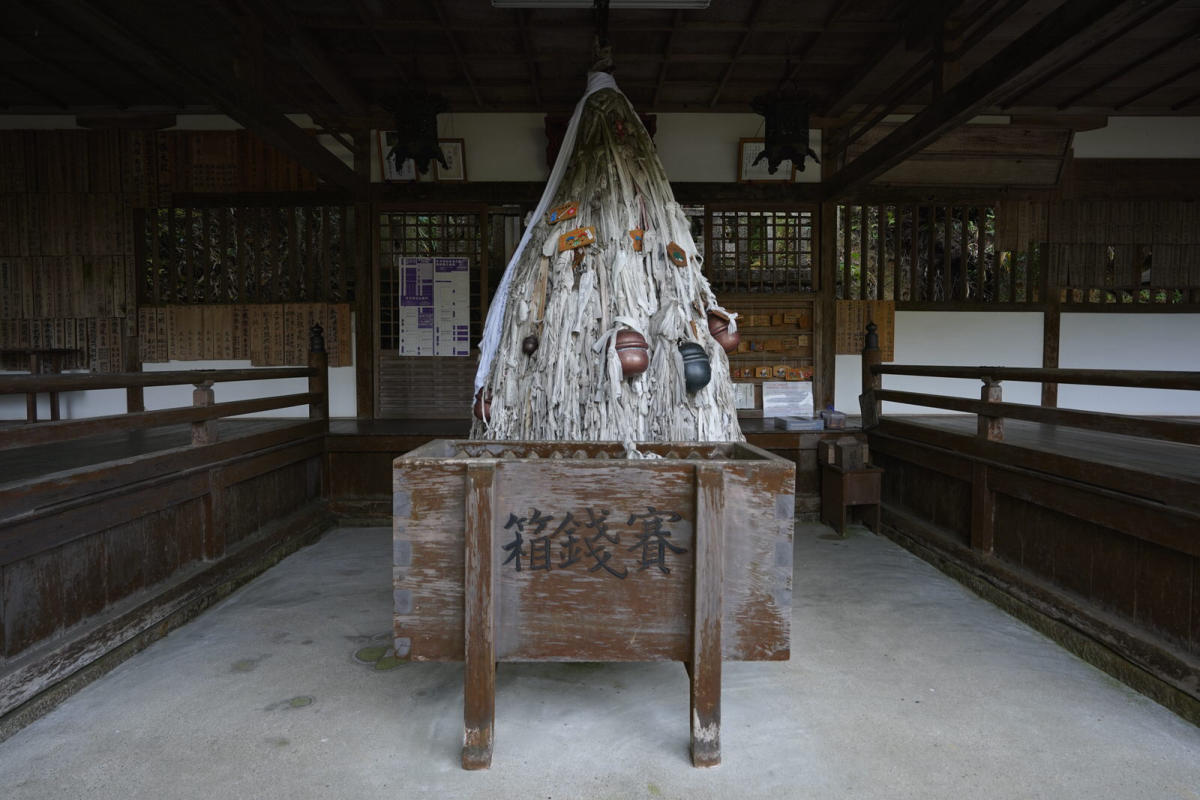 The Hattori clan, who are credited with establishing Ninjutsu, were associated with the Aekuni Shrine where it is said that they established a secretive 'Kurondo Matsuri' festival, with members having to attend in all black attire. 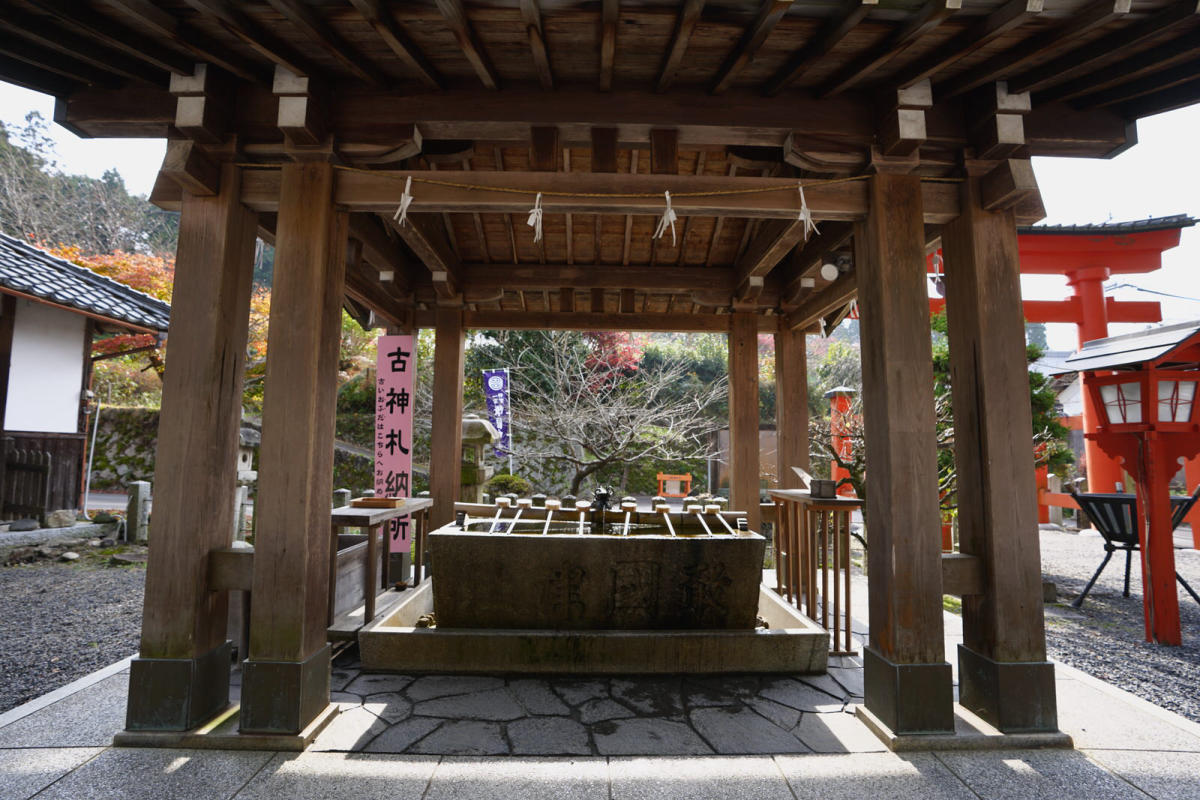 The loose fitting black catsuits and masks are, sorry, you guessed it, also not overly accurate. The goal of the ninja was to not be noticed which leads scholars to believe that they would often pose as farmers, priests and merchants. When operating at night regular clothing at the time was used (which albeit is not too dissimilar to the catsuit) but was probably navy blue in color, which apparently is more affective that black when trying to remain undetected. 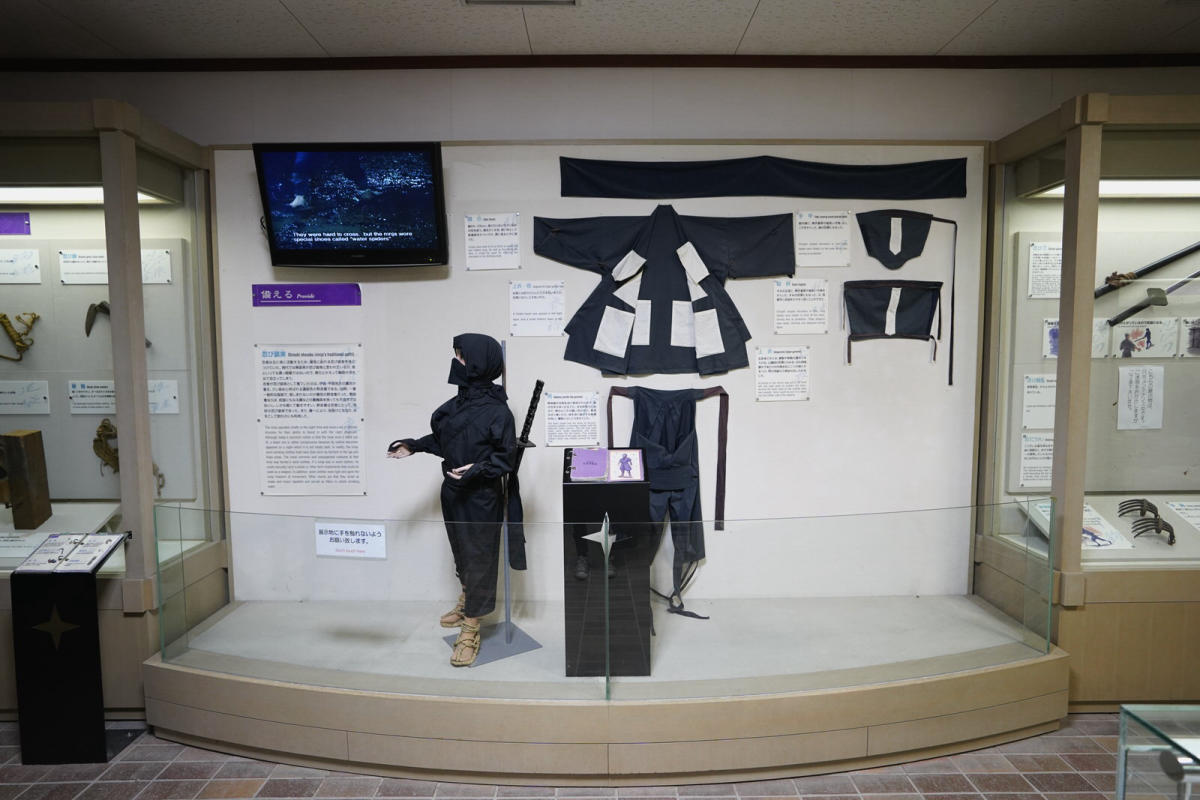 The Ninja Experience Hall, located within the Ninja Museum of Igaryu displays over 400 tools used by ninjas of the Iga Clan. Tools include those used in lock picking, crossing water, climbing and boring holes in castle walls. Combat tools displayed include the popular 'Sai' (Raphael's weapon of choice) and 'Shuriken' (ninjas stars), with the latter probably being used more in close combat when absolutely necessary, instead of being thrown.

One interesting thing a lot of the weapons have in common is their likeliness to farming tools, with several of them actually being modified versions. 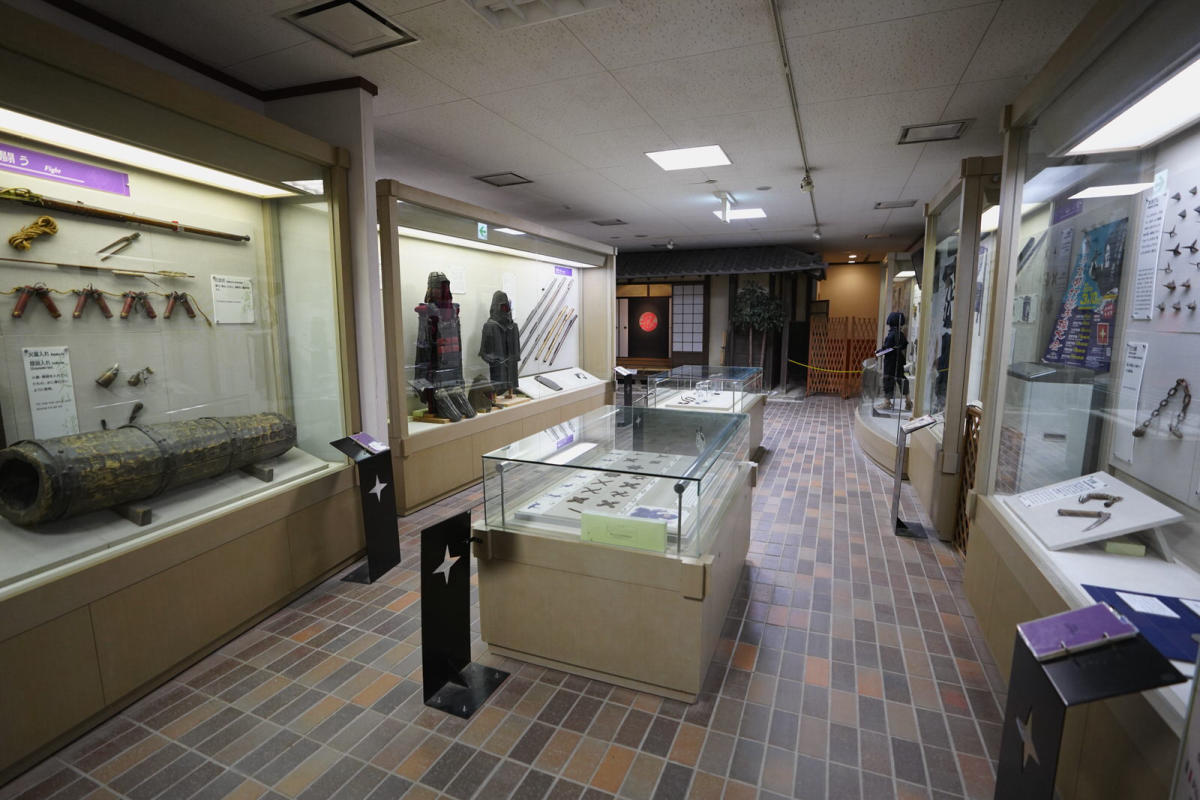 We hope that this article has been helpful in shedding some light upon what is known regarding the history of ninjas within Japan and the role of the Iga and Koga clans. If you are planning to visit Iga City, you'll be pleased to know that you can take part in a number of fun related ninja activities, but there are also sites of huge historical ninja relevance to visit as well.

With ninjas ubiquitous to Japan, why not visit the home of the ninjas, Iga? Iga was the home of one of Japan’s premier ninja schools, and its storied past is ev

3 ways to embrace your inner ninja in Japan

Ninjas are an important part of Japanese history, and still to this day conjure up ideas of mystery and intrigue. From espionage to assassination, ninjas were J

image.jpeg 1.38 MBIf you asked me a year ago what I would be doing today, my answer could not be farther than the truth. Coming to Japan on the sole purpose of

Japan on a budget

Japan on a budget budget.jpg 599.78 KBOne of the biggest myths about Japan is that it’s expensive. The truth is, Japan can be as cheap or expensive as you want

Iga Kaan Yamamoto is the oldest shop in Iga which sells katayaki, a traditional type of senbei (snack) that ninjas were said to carry as an emergency provision whilst on espionage missions.

An area of stunning natural beauty where Tokugawa Ieyasu allegedly passed through this area with the aide of Iga and Koga ninjas as he returned to Okazaki, during the Honnoji War.