Straight Out of a Ghibli Movie, Why the Yunohira Onsen Town Is a Must Visit While in Oita Japan

If you watched the Ghibli movie, Spirited Away, you’ll know the scene when the main character Chihiro or Sen, is running through the town dotted with red paper lanterns as the spirits begin to appear. You’ll also know that in the movie, Sen is tasked to work at the spirit sento (public bathhouse). The more you think about it, you’ll slowly begin to see the similarities that this movie and this onsen town have to offer. 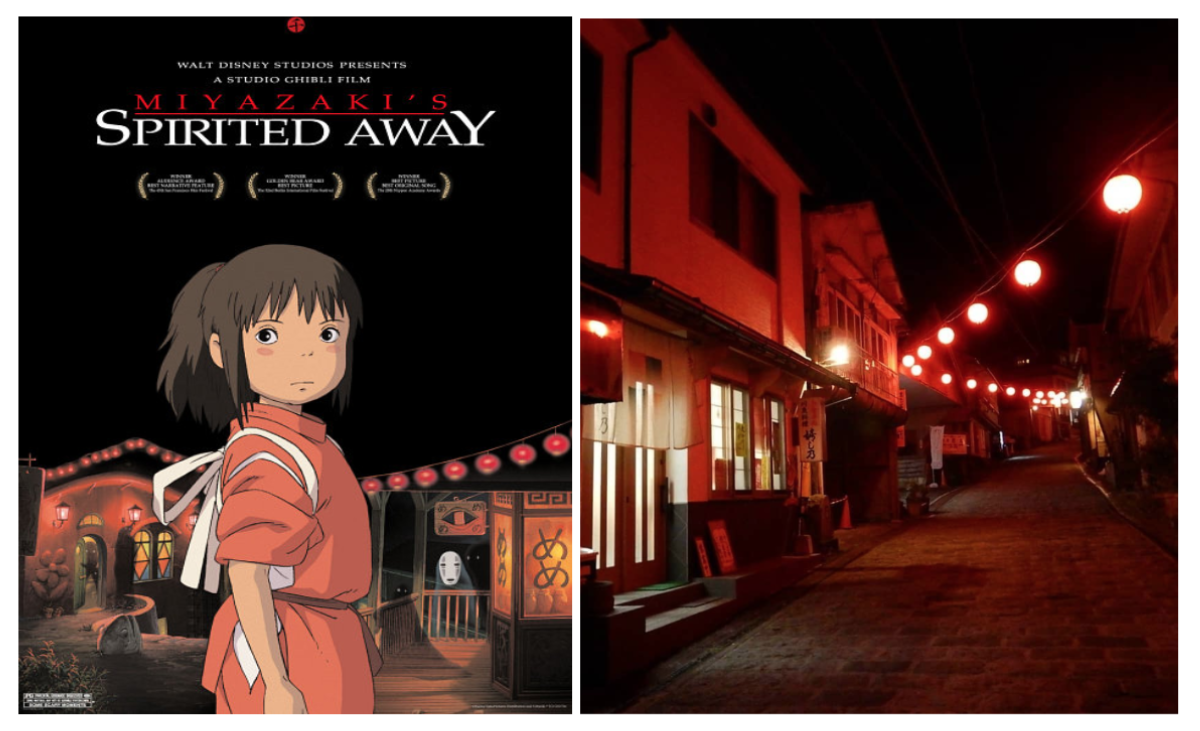 It’s said that Yunohira onsen first opened over 800 years ago during the Kamakura period (1185~1333). The cobblestone slope that runs through Yunohira alongside the beautiful Kagonogawa River is rich in history having been built during the Edo period over 300 years ago by the villagers.

During the Edo period, it became a thriving onsen town, as wealthy customers and samurai’s would flock to soak in the onsens of Yunohira. However in the Meiji period (1868~1912), rules allowing only the rich to use the onsens were lifted, thus making it available to the general public to also enjoy.

Here, you’ll be transported back in time. The quiet town gives that old town charm with small stores, ryokans (Japanese Inn) and small shops and houses lined along the street. What makes this town an even more picturesque spot is the raging Kagono river that runs through the town. 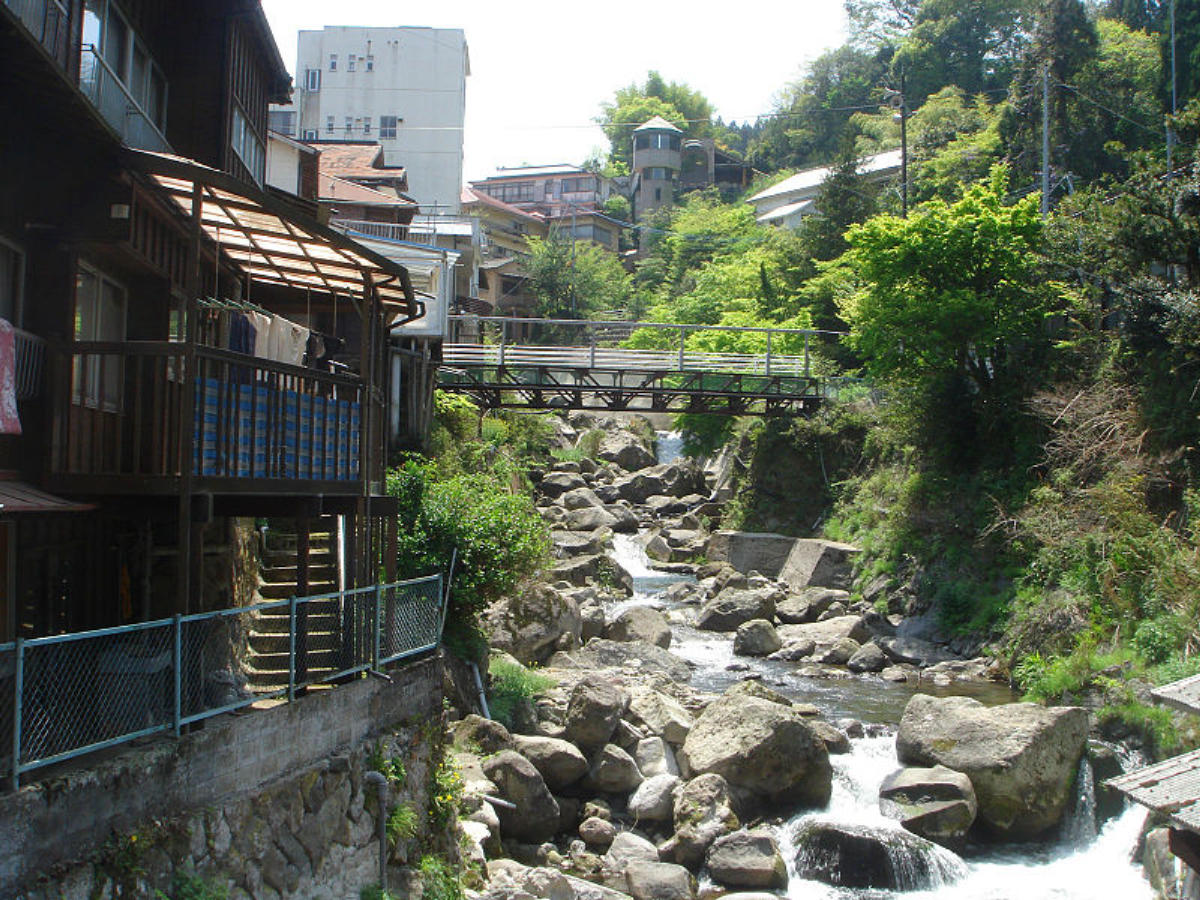 Take a Break to Enjoy the Seasonal Local Specialities 🍱🍺☕️

At Ureshino Shokudo, they offer seasonal items which are sourced from local, organic farms located in Yufuin. Known for their freshwater fish cuisine, it’s a definite must try. But if you are not a fan of freshwater fish, then opt for their unagi which is also a popular item.

If you prefer to instead sit and relax, then head to Cafe & Bar Linden (Cafe&Bar リンデン) which is located in Shimizu Inn 旅館 志美津 (Address: 〒879-5112 大分県由布市湯布院町湯平263, open from 8am to 9pm) where you’ll be able to enjoy coffee that’s ground right in front of you, or their local Yufuin beer, original cocktails, and homemade desserts.

Soak in the Bathhouse ♨️

Once it sunsets, just like the scene when the spirits begin to appear and are heading to the bathhouse, relax your tired feet by heading to one of the bathhouses in Yunohira. With five locations available, these bathhouses do not require reservation. But as always you can most certainly relax in the onsen of your ryokan as well.

If you are up to trying a bathhouse, we recommend you checking out Gin no Yu 銀の湯(Address: 〒879-5112 大分県由布市湯布院町湯平351-7, open from 6am to 9pm, costs 200 YEN, no tattoos allowed) which literally translates to “silver onsen”. It’s said that back in the day this onsen spot was located in the river. The reason it got its name, “silver onsen” is because there were specks of crystal silver dust floating in the onsen water.

End the Night by Recreating the Red Lantern Night Scene 🏮

Cap off the night in Yunohira by walking along the cobblestone pathway. You’ll be taken back to the scene of Chihiro running through the streets adorned with the red lanterns glowing ever so brightly. 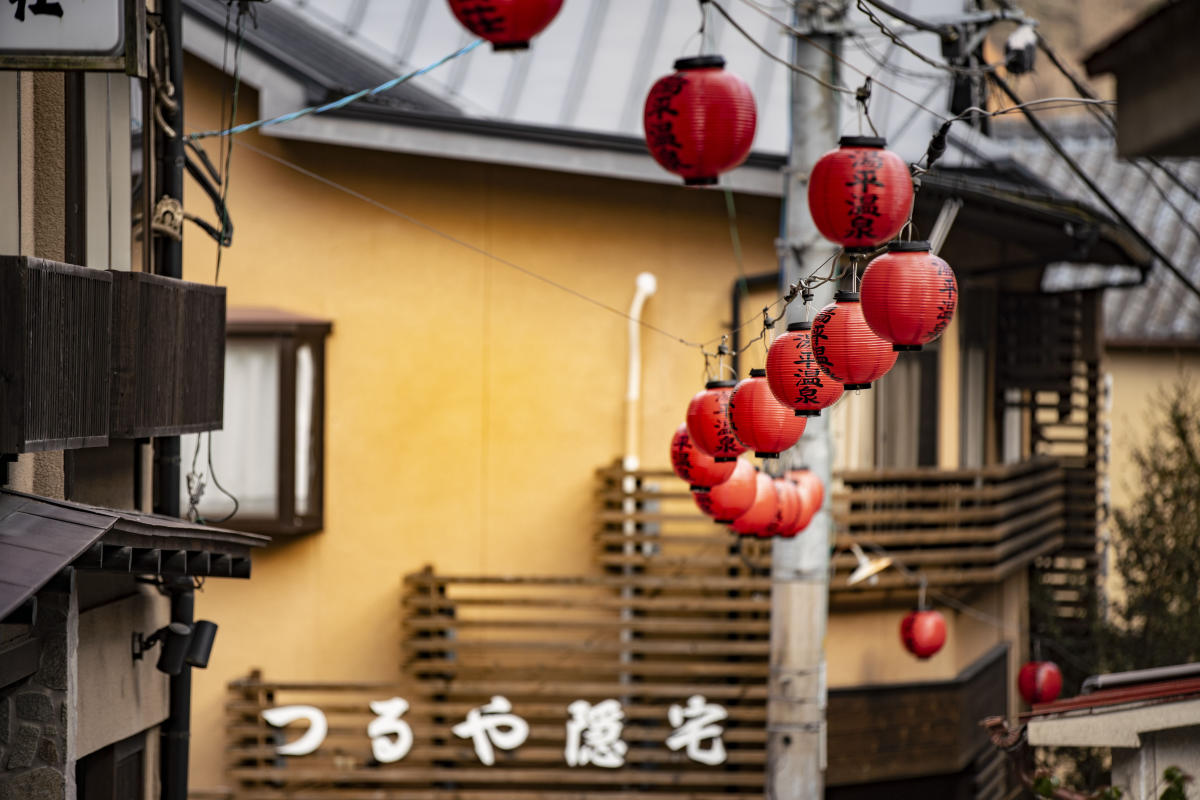 Why Oita Should Be On Your Next Itinerary To Japan

Tucked away on the eastern coast of Kyushu island, Oita Prefecture has many attractions suitable for all types of tourists. While the average visitor may only

Eigakan is a highly stylized cafe that is styled to resemble a movie set, which is why the name of the cafe literally translates to movie theatre. They use heavy duty lights that are used for movie shoots, and surround the walls with movie posters as well as some vintage journals and magazines. The owner of the place has actually worked on several documentaries and been in the industry for a long time. If the place is not super busy, you can even ask him about his passion for jazz, or the work that he has done.Sources say that he is very open and friendly! Photos found on Foursquare

Part 3 of our last series covering everything on MUJI Ginza! Sharing why MUJI Diner is a must try along with why it's worthwhile to stay at MUJI Hotel Ginza.

Top 5 Ghibli Inspired Activities to do in and around Tokyo

At an altitude of 373 meters, the Yunohira Observatory provides visitors with the closest permitted views of the Sakurajima volcanic crater.