Sakura Sweets and Gifts for a Foodie—2019 Edition 🌸

We are so excited that the sakura trees have officially started to bloom here in Tokyo! Keeping with the theme of sakura, we thought we’d share with you some sakura sweets and gifts that are available right now in Japan.

Mister Donut is one of Japan’s most popular donut chains, and as of March 1st, they released six sakura flavored donuts. They offer three that are in the shape of sakura petals with different glazes from pink sakura icing, powdered roasted soybean, and azuki (sweet red mung bean) filling. If the Japanese flavors don’t tickle your fancy, then try the three old fashioned style donuts that come in, plain sakura, or the other two which are dipped in chocolate and honey. 🍫🍯

The site doesn’t say when it’s going until so our recommendation is don’t wait and head to your closest Mister Donut before they run out!

If you’re more of a person who wants to buy something that you can keep, then perhaps the popular Starbucks tumbler/cups are for you. Each year, Starbucks Japan comes out with their selection of sakura themed tumblers and cups which are all so pink and you know it, kawaii 💓.

The newest items in their line up are these, “You Are Here Collection” mugs and tumblers that are sakura themed.

They also have a wide range of these cute pink tumblers and cups as well. With so many options, it can get really tough to choose. But all that deciding is totally worth it knowing you won't be able to find it anywhere else other than in Japan.

Next on our line up is not so much of a sweet nor a gift but more about how you can enjoy your hanami experience with a particular alcohol. Each year as it gets closer to spring, Asahi Beer (Japan’s number one popular beer company) releases its pink sakura packaging. Ever since they started this in 2015, their sales have always increased.

If you’re going to be celebrating spring, why not celebrate in style with some pretty sakura packaging? As always, remember to drink responsibly everyone and cheers! 🍻

The Asahi beers can be bought at your local convenience store and at supermarkets. 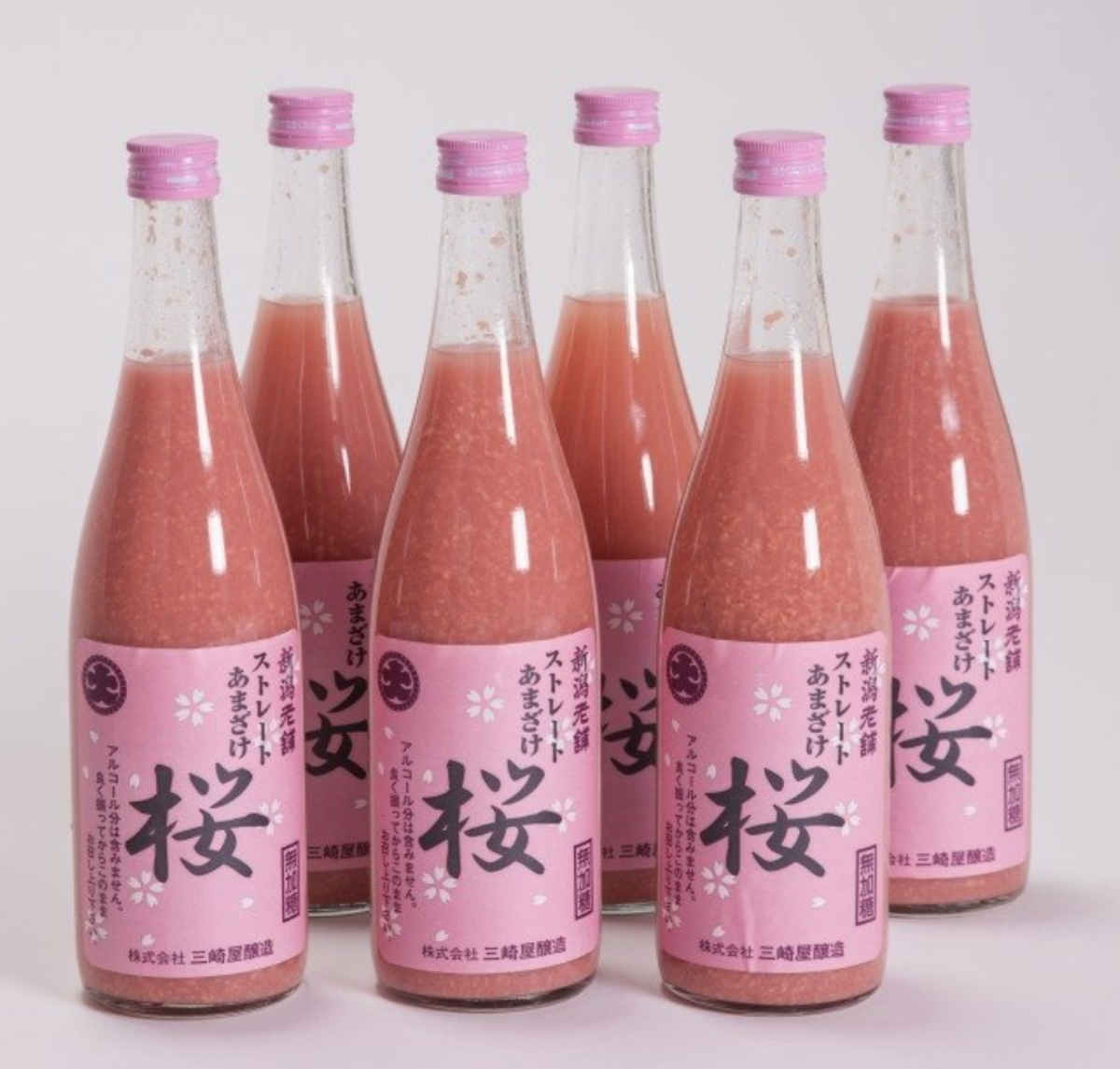 Last on our list is sakura flavored amazake (甘酒/あま酒). Amazake? Amazake is a non-alcoholic drink made from fermented rice. It’s full of vitamins and minerals and is considered to have many health benefits such as helping with digestion and is considered as a hangover cure in Japan. Perfect for those who’s had one too many Asahi beers. 🥴😅 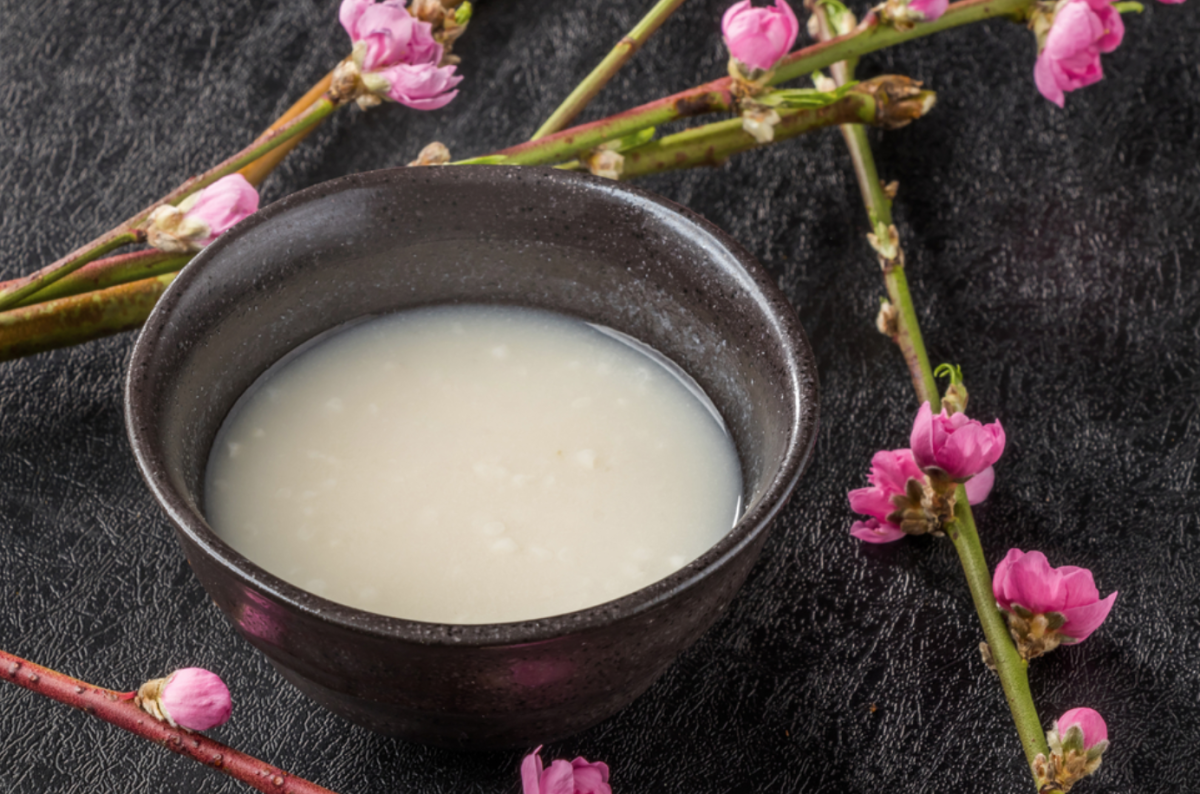 Within the last few years, amazake has become a huge boom here in Japan. You’ll notice everywhere you go, markets and convenience stores carrying amazake. They make as great natural sweetening agents which are perfect in your smoothies as well as for your dishes that need a touch of sweetness.

There are so many flavors to choose from but because it’s spring, we definitely recommend trying out the sakura flavor, perfect for the spring season.

These are just some of the recommendations we were able to whip up for you but we know there's more out there! If you know there's something that we should write about, let us know through our SNS channels down below. 👇🏻

Article by Mike B

7-11 is embracing Japanese sweets this summer with special, limited edition offerings as part of its 和スイーツフェア--Japanese Sweets Fair.  If you are in the mood to

Sakura Castle Remains Park is a historical park located close to Sakura station. The castle was home to the Sakura Clan government during the Edo period.

So you've been busy enjoying your travels around Japan and it's time to go back home. You realize, oh my goodness, you've forgotten to get gifts for friends and

Usually in America if we go somewhere far away we might bring back a few little souvenirs or gifts for people back home, it's not really expected and it's a nic

Hiroo is a suburb of Tokyo that is basically sandwiched between Roppongi and Shibuya - but actually has a pretty relaxed vibe. As well as being a more relaxed s