TC Home Tour: Nifty House Products Featured in Shiori’s Home & How You Can Own Them Too 🏡

If you watched the latest edition of our popular series of TC Homes, you’ll have seen an array of cool and “ni-e-su” lol products featured in our Chief Community Officer, Shiori’s home. For those interested to see where the products are from, keep reading on to find out.

As a Nintendo fan myself, I immediately wanted to know where I could get a hold of these cozy looking piranha slippers. After doing some digging, we found out that you can purchase them online at the BIC Camera store (a popular electronic retailer chain in Japan) for 3680 YEN. However, we are sure there’s other stores that carry them as well!

They were first introduced to the gaming world during the 1980s and 1990s. Because it was such a huge hit, in 2016 and 2017, Nintendo decided to tweak it and re-release it again for the fans who loved playing it during their childhood. You can play the classics such as Super Mario Brothers and the early Zelda titles.

Next on our list is the DIY wall shown in Shiori’s home. The DIY product is called DiaWall (website is only in Japanese). What’s great about the DiaWall is not only can you customize the measurements to fit your space, it won’t leave any scratch marks on the adjacent walls or the floor.

Many use the DiaWall to create bookshelves or as Shiori has done, to separate the living space. You can buy them either online or in DIY shops/ DIY Centre in Japan very easily. 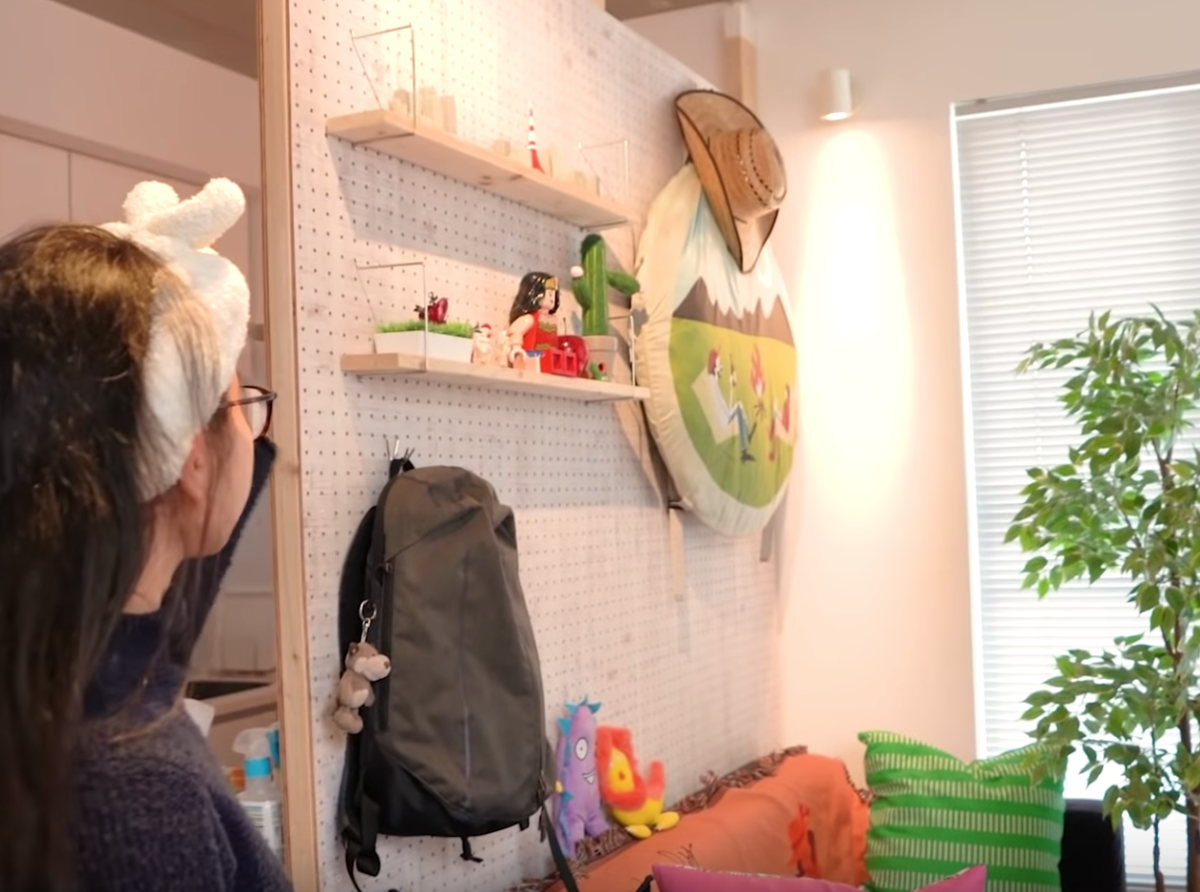 Here’s the Amazon search results for the wooden board you can purchase online.

Next on the list of products is the table. If your living space is tight and you need a table like the one shown in Shiori’s home, she got hers from none other than trusty IKEA.

The next product is Shiori's bed, a.k.a where she hides away her extensive toy collection! This bed is also an IKEA product, and it offers six spacious drawers underneath. Again another great piece of furniture for those of us who struggle with having enough storage space. 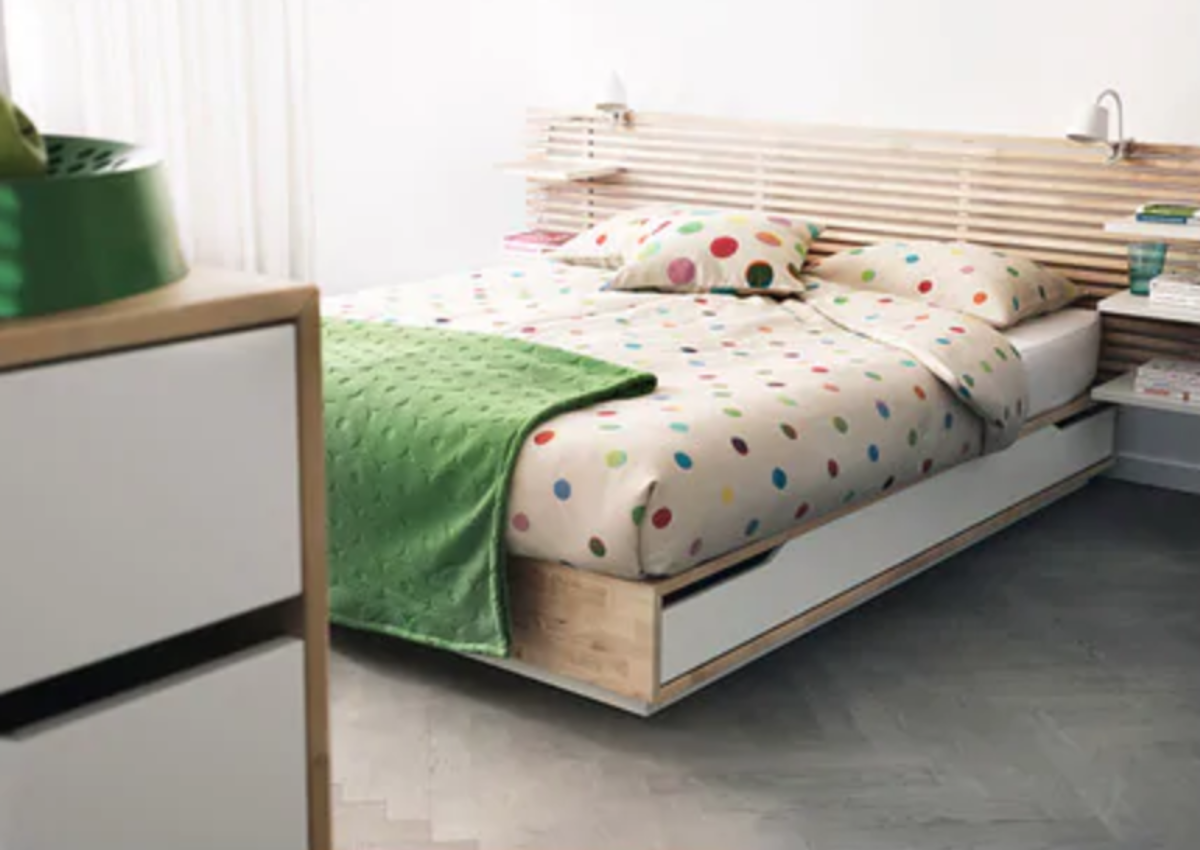 Another option that Shiori mentioned is storing your personal items away in a different location. The service she uses is Sumally where she stores not only her clothes but her extensive toy collection. Once you send the box, the staff will digitalize what’s inside the box by taking a picture of the contents which you can check on your mobile and PC. If there’s just one item that you need from the box they’ll deliver it to you on the same day as long as the requests placed in by 11am!

Like Shiori, you can store your clothes and your personal items away starting from 300 YEN a month. Everything can be managed from the app which are both available in iOS and Android.

Here are the different box options you can choose from.

The Regular size box is what Shiori uses to store her toy collections and summer clothes. The website claims it can store up to 130 DVD cases.

The Apparel size is designed specifically for apparel. You can choose to store different types of clothes in one box or to give the room completely to shoes as shown in the screenshots. The decision is entirely yours.

The Economy box is used to store groups of items things together. For example, items related to scuba diving gear is all packed together.

They also offer a Books box, where you can store your favorite books, manga, magazines, dvds, games...etc.

For more information, refer to their website (only available in Japanese)

If you forward to scene 6:45, you’ll notice Shiori grabbing a yellow box with a funny looking character on it. Gudetama is a character created by the popular Sanrio brand. First introduced in 2013, as you can tell, it’s known for its lazy look. The designer who created Gudetama thought of this character when she was making 卵かけご飯 (tamago-kake-gohan, raw egg over rice). She thought that the raw egg looked lazy and unmotivated. From there, Gudetama was born.

The toy box Shiori was seen holding in the video is called the, ぐでたま24hコンビニ (Gudetama Conbini, convenience store). They are miniature collections of different food models that you can display. The one Shiori is holding is no longer offered but if you want to include it in your collection, you can get a hold of it on Amazon for a price tag of 10,000YEN!

There are other collections available such as the Gudetama Diner or Gudetama Chinese Restaurant, which usually costs 4000YEN on Amazon, each set comes with 8 mini plates of food.

Last on the list is the massage cushion. The one featured above is the massage that Shiori uses herself! This square massage cushion is not only great for your back but works great for your head, shoulder and arms as well. The entire design is very simple with only one button that controls everything. And the cover comes off which makes it perfect for those of who are germaphobes.

The massage cushion can be purchased online for 4980 YEN on Amazon. If you want to see the product yourself, head to stores like LoFT where they offer you similar styles like the one above.

Create your own home tour video to WIN! 🏡📹 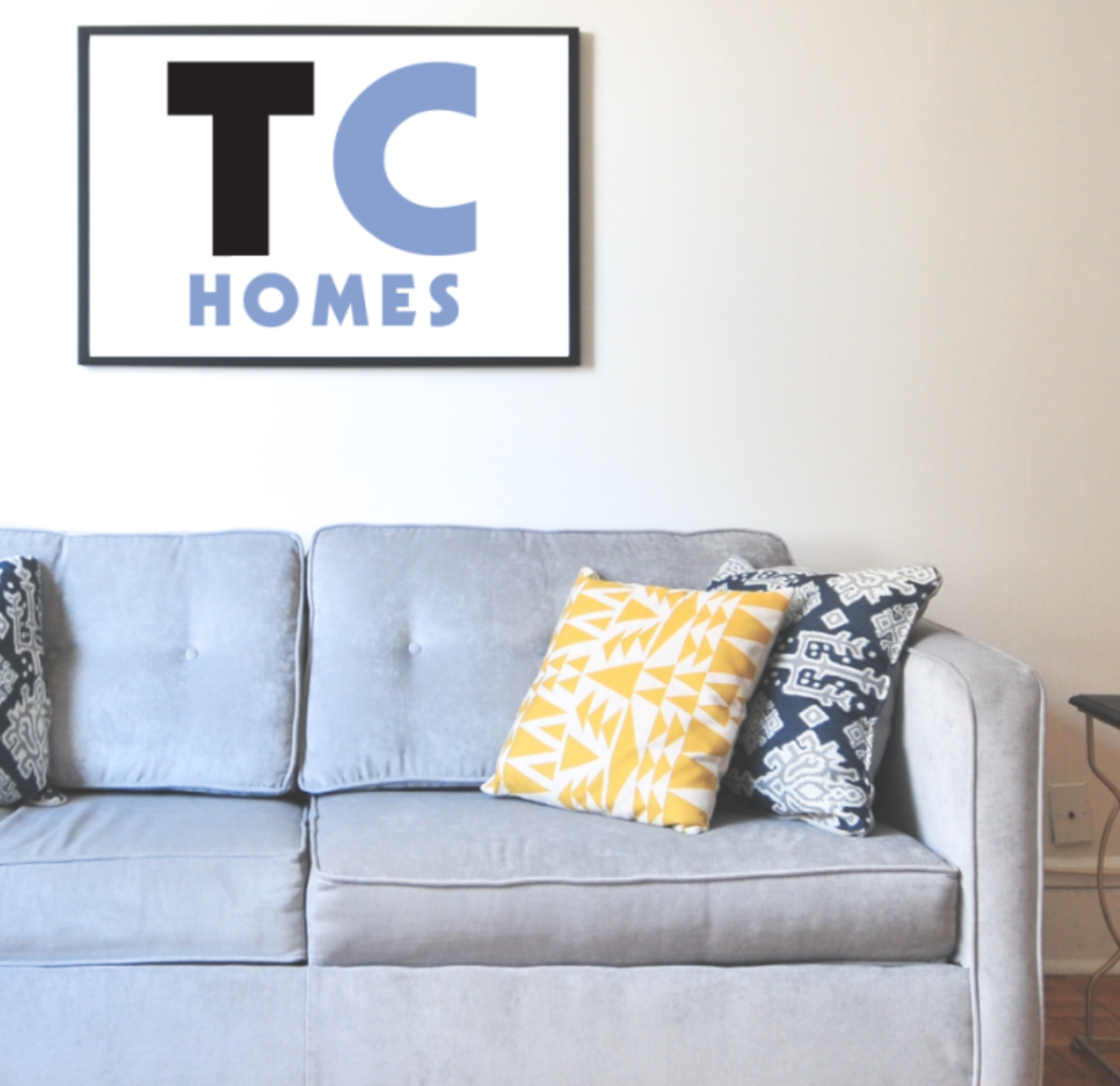 If you liked watching the sneak peek into Shiori's home tour and its got you inspired in creating your very own home tour, don't miss out to win on the competition we got going on, starting today!

With our ever evolving and advancing technology and trends, they best way to stay up to date and in the know🤔 is by getting the newest gadgets and inventions! Japan has always been known to come up with the craziest and cutest inventions that can either shock you😳, or leave you squealing with excitement🤗. I have compiled a list of what I think this year’s most practical and interesting products down below. Let’s check them out!👀

I love eggs, and what's not to love about them?  They're probably the most versatile protein you can buy.  Fry 'em up.  Boil 'em.  Poach 'em.  Use them for baki

Find out about the Japanese artist who's artwork was recently featured in Queen momager, Kris Jenner's Hidden Hills Home and where you can find his artwork in Japan.

Only a 10-minute walk from Kyoto Station, Shiori-Yado features both private and dormitory-style rooms in a traditional Machiya-style townhouse. Free WiFi is ava

This is a five storied-bunny cafe (usagi cafe) in Asakusa where guests can take photos with bunnies, give them snacks, brush them, and dress them up. This cafe