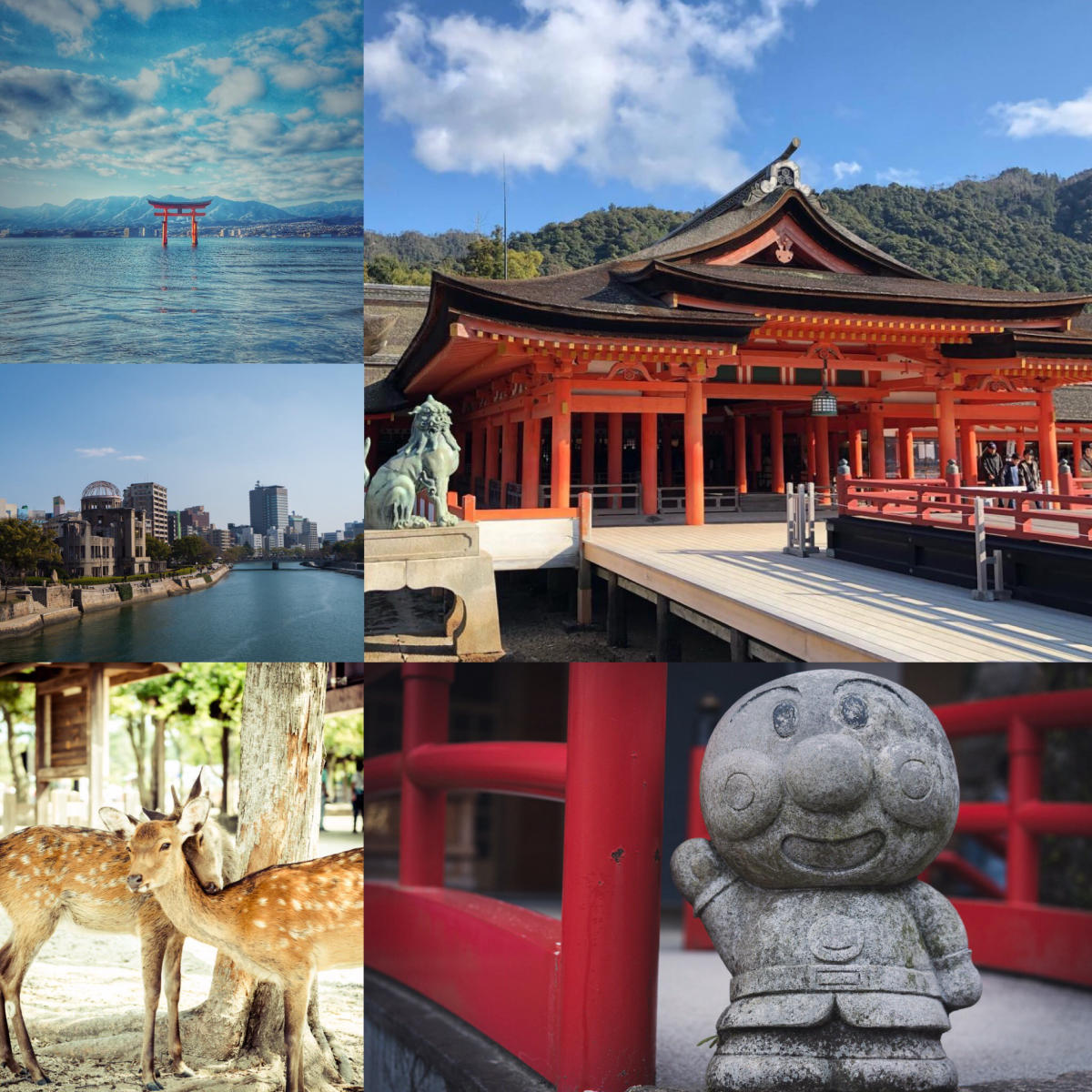 With the 2019 Rugby World Cup hosted in 12 cities across Japan this year, we thought we’d cover some of the lesser known cities down south. From Hiroshima to Kumamoto, Oita and Fukuoka, there’s so much to see and do. We recently had the opportunity to tour down south with our host Japan National Tourism Organization (JNTO) where they guided us to some of the amazing sights Japan has to offer. We hope by sharing you the sights and food along the way, it will help you plan your trip. Let’s get started!

First stop, the Hiroshima Memorial Peace Museum. A sobering reminder of the effects the atomic bomb had on the city and its people. A beautiful memorial site that gives us a glimpse into what happened but serves as a beacon of hope and a sign of international peace.

It’s held closely in the hearts of the Japanese people with many paying their respects and offering paper cranes as a wish for world peace. In addition to information about the city of Hiroshima, the museum also tells the touching story of Sadako Sasaki, who was one of the many affected by leukemia.

She is remembered for folding 1,000 paper cranes prior to her death, and support from her friends prompted the creation of the Children’s Statue which can be seen in the peace park.

A Must Try—Hiroshima Style Okonomiyaki

While in Hiroshima, make sure to try the famous Hiroshima style okonomiyaki (okonomiyaki is a savory pancake mixed with flour, egg, chopped vegetables meat/seafood.)

What makes Hiroshima’s okonomiyaki unique from the Osaka style is:

A popular place that many tourists visit is the Okonomi-Mura (お好み村), where you’ll be able to choose from 25 okonomiyaki restaurants. Just a stones-throw from the elevator, we visited Atom on the 4th floor. With walls adorned with messages from bands and pop groups, it was clearly a popular choice — and for good reason!

To learn about what other food you need to try while in Hiroshima, click here for more info! 😋

Unlike other shrines across Japan, Itsukushima shrine (厳島) is a truly unique shrine for being built over water, making it a scenic destination to take many photos. Built in the 6th century, it’s a shrine that has been worshipped by many Shinto believers for centuries. In 1996, it was designated as a UNESCO World Heritage Site.

It’s at this shrine where you will discover the famous “floating” O-torii gate (meaning large gate), which “floats” in the water of the Seto Inland Sea. If you are lucky to catch it during low tide, you’ll be able to walk up to the O-torii gate to take some incredible shots.

And for those of us wondering, could the gate topple over if there’s a large tsunami? It’s been built to withstand large waves and earthquakes. It weighs a total of 60 tons which is the equivalent of two large cement trucks!

For cool facts about the O-torii gate, head here.

While on the island, you are bound to spot the local deer lounging and roaming around. Be nice to these guys as according to folklore, these guys are considered sacred messengers from the heavenly gods. 🦌

The O-torii gate ⛩️is expected to go under renovation starting June of 2019. Renovations to the gate are expected to take at least around one year to complete. Therefore make sure to catch it before the gate is covered by scaffolding! However, if you aren’t able to see it in time, Itsukushima shrine offers so much architectural beauty throughout its complex, so there’s no need to worry!.

How to Get There 🚅⛴️

For those travelling with the Japan Rail Pass, it won’t cost you extra. But you will need to take a local train and ferry which isn’t included.

Although Itsukushima is the star attraction of Miyajima island, there’s another sacred spot that’s also unique you should check out. Just a 7 minute walk from Itsukushima shrine, you’ll find yourself at Daisho-in temple.

Located on the base of Mount Misen, the Daisho-in Temple (大聖院), also referred to as Suishoji (水精寺) is one of the most important temples of Shingon Buddhism founded by the monk Kukai.

What makes Daisho-in temple unique to that of other temples is the number of Buddhist statues scattered across its compound. As you walk up the steps, there are 500 Buddhist statues lined, all with different facial expressions. 🙈🙉🙊These 500 statues are said to represent the 500 disciples that came to practice under the oshakasama (the Buddha).

You’ll also see some familiar faces throughout the complex including this cute statue of the children’s anime character, Anpanman!

The compound is spread across the hills of Mount Misen which includes over 25 buildings as well as religious objects you can visit. For a comprehensive breakdown of what each building and religious object signifies, refer here for more info.

After exploring the historical shrines and temples, make sure to try Miyajima island’s local cuisine, conger eel. Caught in the Seto Inland Sea, the conger eel is dipped and broiled in a soy-based sauce and served over a bed of rice. Each restaurant offers a different take on their sauce and side dishes, giving you a new experience each time. Ours came served on a bed of rice and light, airy egg with tsukemono (Japanese pickles).

See part two of our trip where we head to Kumamoto, Fukuoka and Oita, aka, the Kyushu region!

Sharing with you part two of our Rugby World Cup series where we visited Kumamoto, Oita & Fukuoka. Giving you a breakdown of the sights and food to take in while there!

Higashi Hanazono is an area famous for one thing. Rugby. Locals are excited about it being announced as one of the grounds for the 2019 Rugby World Cup, and are

Read Article
Travel
Article by this is japan

3 places for cat lovers to check out in Tokyo

Are you a cat lover and planning to visit Tokyo? Well, you're in luck - there are several neat spots to check out if you're wanting to pay homage to your feline

Originally created in memory of the late sculptor Fumio Asakura, Fukunyan will welcome Oita's Rugby World Cup visitors. Made by graduate students from Tokyo's University of the Arts, the 10-metre wooden sculpture will be sure to catch everyone's attention!