When you think about Buddha statues here in Japan, I’m sure the Buddha’s that come into mind are the Kamakura Daibutsu or the Nara Daibutsu. However, there’s a new Buddha statue that’s causing a lot of stir on the net and it’s located in Aichi prefecture’s district of Konan.

Image via Hotei-no Daibutsu towering over the houses nearby

Referred to as the Hotei-no Daibutsu (布袋の大仏), this Buddha statue is larger than the Kamakura Daibutsu standing at 18m tall. Built in 1954 using reinforced concrete, it’s said that if you make a vow to the Buddha, it will cure you from illness and lead you to a path of enlightenment. 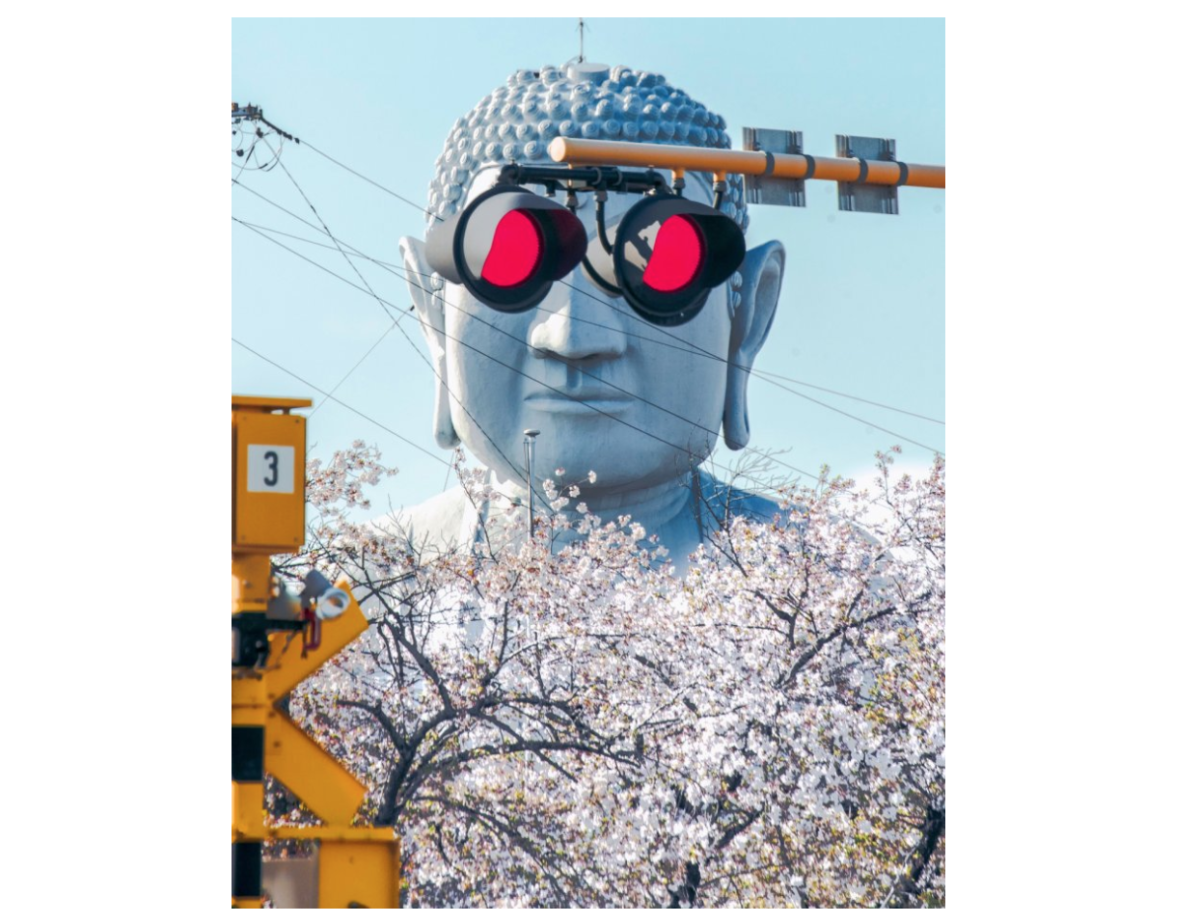 However, this Buddha has been making the rounds on the net being referred to as the “Daibutsu with sunglasses” and you can see why. By getting the right angle, the traffic signals at the railroad crossing of Nagoya’s Railway Co.’s Inuyama Line overlaps perfectly over the eyes of the Buddha, making it seem he’s wearing sunglasses. 😎

Others are referring to the Buddha statue as #terminatorbuddha, when only one of the traffic signals are lit.

If you want to get a shot of the coolest Buddha statue, get off at Hotei station on the Inuyama Line and walk 10-15 minutes.

Located at Daibutsu Yama, or The Great Buddha Hill in Ueno Park since 1972, lies this Buddha head, embedded in a wooden frame. The original statue was built in

Takaoka Big Buddha is one of Japan's most famous Buddha statues, and its reconstruction lasted 26 years.

5 Movies to get you in the mood to visit Japan

I love films. I'm forever wanting to get absolutely absorbed in them. The thing is, it's hard to find Japan being represented in common, blockbuster films and I

The Statue of Maidens, located on the shore of Lake Towada, is a bronze statue by Kotaro Takamura.

Statue was erected for the 80th anniversary of the death of Hachiko, the famed dog was happily reunited with his owner, in a bronze statue installed on March 8