The Koji Kraze you need to get on board with

Five years ago, deep frying some katsu in insect oils was the health craze of the day. Despite being rich in protein, natural fatty acids and is as organic as it gets, we at Tokyo Creative couldn’t get on board with the whole “extracting the oils from cockroaches for a cleaner cooking lifestyle” thing.

But one major health trend coming out of Japan that we can get on board with is mold– specifically, we’re loving a rice mold called Koji. Already a favorite ingredient to some of the world’s leading chefs like David Chang, René Redzepi, and Jonathon Sawyer, Koji is the old-but-new ingredient to spice up your cooking processes.

Domesticated primarily in Asia for the last 25,000 years, the koji-secrets are finally out and ready to be used by all, all over the world! So to start from the top, what is Koji and why is it changing how chefs think about basic ingredients? Koji is steamed rice that has been inoculated with a mold called aspergillus oryzae, and is used in the production of various fermented foods. But if you’re a fan of Japanese cuisine like we are, then the most important fact you really need to know is that Koji is one of the main components of many of your favorite staple Japanese foods. If you love soy-sauce, amazake, sake, or miso, then you already know and love koji because these foods would be impossible to make without the use of a little rice mold.

With a long history of traditional fermentation processes in Japanese cooking, koji is an extremely laborious fungi to culture. To make koji at home, you need special incubators, specific rice, only wooden boxes wrapped in cheesecloth can be used for storage, and needs constant attention as it needs to be stirred every 20 minutes for four consecutive hours. Not to mention, mold on old fermenting rice? Probably doesn’t give off the best of smells either. But the benefits of koji are like no other.

In order to grow, koji mold produces various enzymes that break down starch, proteins and fats in steamed rice, wheat and barley products, resulting in natural glucose sweeteners and amino acids that are the prime energy source for its growth. Not to mention, these chemical breakdowns makes the food much more rich in flavor and is that “melts-in-your-mouth” type of soft tenderness, which helps in digestion and nutrient absorption. Even as a paste, koji is able to produce vitamins that strengthens your metabolism and contains lactic acid bacteria, which not only improves the nutritional value of food, but also controls intestinal infections, some types of cancer, and serum cholesterol.

Today, the biggest producer of koji rice is Japan, and we at Tokyo Creative were lucky enough to visit one of the leaders of this Koji-health movement: Myoho Asari, otherwise known as the “Koji-ya Woman”, who was able to introduce a world of food unbeknownst to us, with Koji as it’s focus. As the 9th generation head of Kojiya Honten, Myoho has made it her life goal to return koji to its people by reintroducing the use of koji into Japanese kitchens and invite families to sit together to share meals.

In the pursuit of convenience, these important UNESCO-recognised cultural heritage traditions are beginning to disappear, as foods with preservatives and additives that lack true flavor, are slowly but surely settling in. However, wIth the continuing ‘slow food movement’ and a world-wide growing interest in wholesome and local foods, more than ever, people are keen for reassurance to know that their food is healthy, safe, and natural. In the traditional Japanese washoku cuisine, fermented products such as sake, amazake, mirin and soy-sauce were made at home with koji, and it’s believed that the connection between one’s hand and one’s heart is joined by one goal: to create with love for those you love. Myoho believes that families can be strengthened through homemade meals prepared with joy. 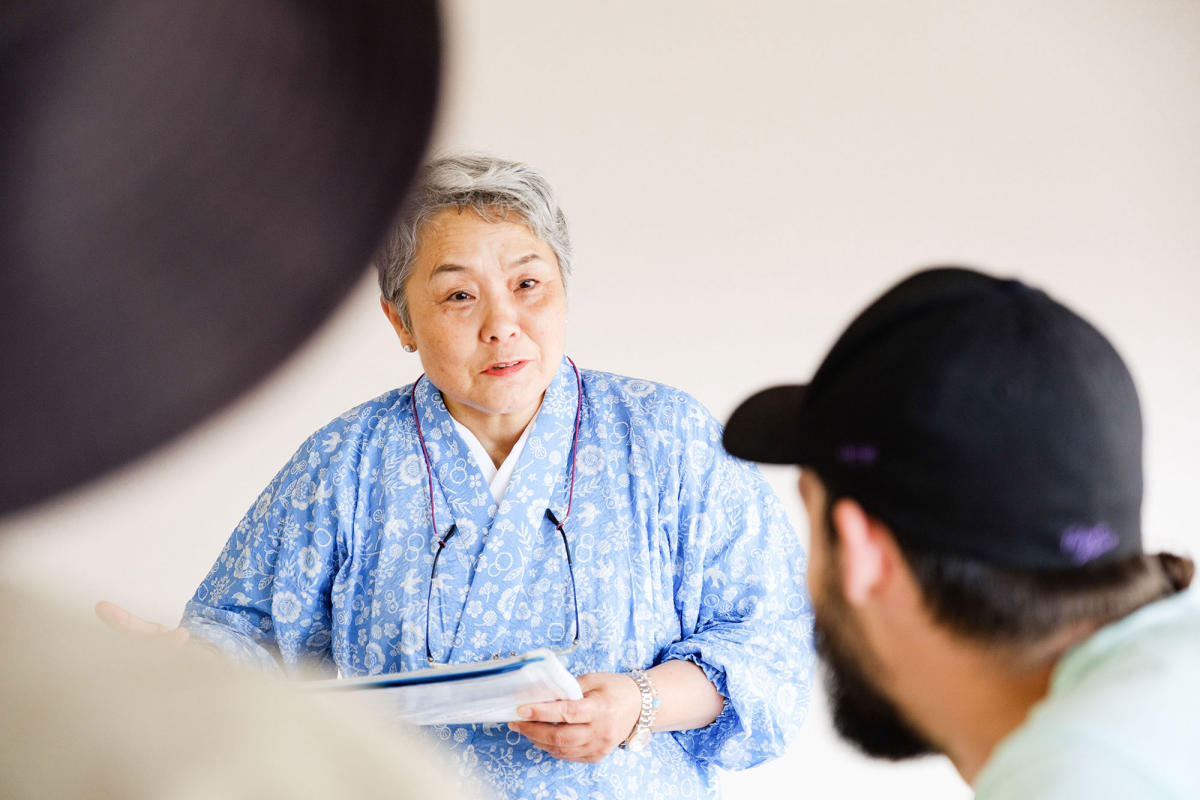 And that’s precisely why chefs from all over the world are keen to dip their toes back into the koji-pool. That love for cooking and the connection to the food created is coming back, with innovators such as Jeremy Umansky, making light the possibilities of food science through koji to create new ways of seasoning and curing food. Playing with its chemical components and taste factors, one of the best recipes to come out of it is koji-dry aged steak to create a sweet yet musky refined umami flavor. This moulding of this rice mold, combined with contemporary food science is changing the cooking landscape, and reinvites a sense of international community with wholesome cooking. Therefore, if you ever have the chance to try cooking with koji or, simply, want to make some instant miso soup, then just know– you’re getting a whole lot of goodness and hearty cooking in you!

The home of superfood ‘Koji’ is Kojiya Honten! For nine generations, Kojiya Honten has been handcrafting koji for the people of Saiki in Southern Oita Prefecture, but today, Koji is taking over as one of the world’s best superfoods. Our recommendation is to try their all-natural Amazaké “Hitoyokoi”– the perfect sweet drink to refresh your day! Otherwise, if you’re in the area and need some great company, we definitely recommend going just to meet the spunky Koji-woman herself: Miss Myoho Asari!

View Sight
Article by this is japan

100 yen stores are a budget traveler's best friend in a lot of cases. They're located all over Japan, they sell just about anything you need to get you through

On Odigo, you will find lots of advice on what to bring when you travel to Japan. But I think it's equally helpful to have a list of things you do not need to b

So, you wanna come to Japan! Depending on the length and purpose of stay, many of you will need to obtain a visa before you can hop on the plane. Here are a few

THE GREAT AUSTRALIAN JAPAN-OFF: WHO KNOWS MORE ABOUT JAPAN?

As a foreigner in Japan, every day is a constant culture lesson. Sometimes you need to ask ‘why’ a lot and sometimes you just need to let it slide. Like moving to any foreign country, the longer you stay does not necessarily mean the less you know.